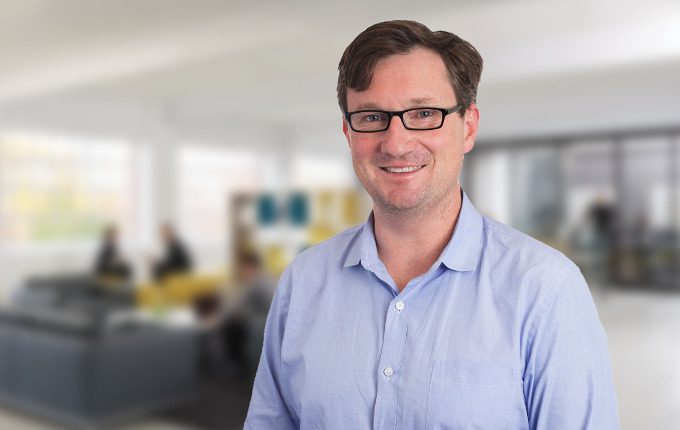 If knowledge is power, then you would expect institutional investors to go to great lengths to keep track of what they know.

But Ashby Monk, Executive and Research Director of the Stanford Global Projects Center, realised a few years ago this wasn’t necessarily the case.

“I have been involved with pension funds and the asset management industry for about 15 years now and I’ve come to realise that these organisations sit in the middle of the market,” Monk says in an interview with [i3] Insights.

“They are the key players that go out to managers, companies, agents and they are also often in financial centres with all the various networks that come with that.

“So you would expect that the best knowledge in the entire ecosystem would come from a place like CalPERS and that they, within a moment’s notice, could tell you who were the placement agents who worked on a certain fund 12 years ago, or what was the performance of a particular venture capital fund, or did we get a chance to look at Uber early on but passed up on it?

“They probably could tell you that after a few weeks searching through email accounts, but they couldn’t tell you that on the fly.

“That is the realisation that I had: that these organisations have more information than anyone could hope to have and we are not using it in a way that you could describe as a competitive advantage.”

“I met Eduard and he was doing his thesis on knowledge management and investment organisations and we sort of hit it off,” he says.

“He was working in a pension plan that was trying to build knowledge management and I was living in an industry where most of the pension plans that I worked with simply didn’t even recognise the value of knowledge assets. They were allowing it to go idle, or at least it was underutilised.”

The 2015 paper, titled “Knowledge Management in Asset Management”, argued knowledge management is crucial to the success of an asset manager, but little is known about how this process is applied in the investment industry.

The lack of knowledge about how investment organisations keep track of their intelligence was reflected in the initial reception to the paper.

“When we wrote the paper, people had no clue this was even important and kind of felt that Eduard and I were doing a paper on something that was marginally important,” Monk says.

But much has changed in two years.

The advent of artificial intelligence and the ability to search large databases has made more investors realise they could draw upon decades of documentation and investment activity to make better-informed decisions.

“Now I get more emails about that paper than I did in 2015. I think the world around us has changed and makes it more obvious that these tools are needed,” Monk says.

Technology has made knowledge management a lot easier, but investment organisations need to have explicit policies in place and build the architecture to make it work.

“Technology is integral to knowledge management. We used to live in a world of the Rolodex, the card catalogue and microfiche; it was such a manual world. We were trying to pull together network data with the information set we had and it was very hard,” he says.

“But now, in theory, you are able to pull it all together instantly.

“All this stuff is going to be available at our fingertips. Right now, it might feel like a manual process, but with artificial intelligence you can just say: ‘I’m looking at this deal, can we just pull up all the relevant facts?’

“It will include networks, industries, market size, competition and specifics of the business. How do we know the founder and CEO? All these things will be available on the fly and technology makes it possible, but you need to build the infrastructure to do it.

“There is basic data architecture required, but there are also cultural norms that you need to build.

“Technology will make some of that easy. It might scan my email and say: ‘Do you mind if we share this email with other people because it is relevant to the deal they are working on?’ And I can say yes or no.”

With his appointment at the University of California, Van Gelderen has moved to the San Francisco Bay Area, just around the corner from Monk. The two are now planning to do a follow-up study on their 2015 paper.

“We started drafting an outline and a plan for doing the research, so I expect it will be written in the next six months and then we will publish it this summer or fall as a working paper,” Monk says.

He says he believes the implementation of knowledge management architecture and a proper application of it to asset management will cause significant changes to the industry.

If the signal that is generated by technology is the thing that is being traded on, then do you really need it to sit within a hedge fund or should it just be a fee for service to a pension fund?

Asset managers will be affected the most, especially those who work in public markets.

“I think [the impact] is going to be pretty serious for asset managers,” Monk says.

“The asset managers have gotten away with a lot for a long time and generated high margins but didn’t deliver that much value, especially on the active equity side.

“For managers that are delivering value, it will reinforce that value. And this value probably has to come from private markets, privileged networks or privileged data sources.

“But managers that are picking stocks in public markets are going to struggle in the face of this ability of big asset owners to use their networks to extract information and knowledge and make investments.”

He says he wouldn’t be surprised if some asset management models disappear completely.

“I think 15 years from now you are going to see a different set of managers that will be very successful,” he says.

“The writing is already on the wall. Private equity has already become dominant. Index funds have become dominant. Vanguard and Blackrock are the biggest by far and then you have Blackstone and KKR who have just dominated the last 10 years.

“If you then look 10 years out, who are the new players? Well, my guess is that it isn’t even asset managers anymore, but technology providers that are entering into some innovative arrangement with the pension plans.

“That is the real interesting thing: if the signal that is generated by technology is the thing that is being traded on, then do you really need it to sit within a hedge fund or should it just be a fee for service to a pension fund? Those are the questions I’m asking.”