...we are only at the beginning of truly massive [technological] change.

There is a story about the invention of chess in which the fabled creator asked in reward for his invention to receive one grain of rice (in some iterations of the story it is a grain of wheat) on the first square of the board and then doubling the amount of the preceding square every time until it reached the sixty-fourth, and last, square of the board.

The story is often used to illustrate the impressive effect of exponential growth.

Going from one to two and then to four and eight is something the human mind can comprehend.

In fact, on the first half of the board things looks fine. At square 32, we have just over 4 billion grains which is the equivalent of about 100,000 kilo grams of rice. A lot, but not incomprehensible. 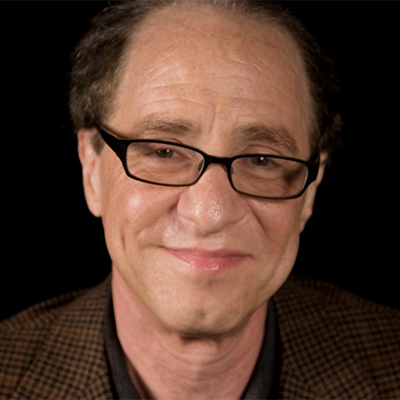 In his book 'The Age of Spiritual Machines', Kurzweil drew a comparison between the chessboard and exponential growth in computer technology.

But that we end up with a pile of rice as high as Mount Everest, or a 1000 times the annual global production of rice, after only 63 doublings comes to most of us as a surprise.

The famous computer scientist and futurist Ray Kurzweil said about this phenomenon: “things only get crazy in the second half of the chessboard.”

In his book ‘The Age of Spiritual Machines’, Kurzweil drew a comparison between the chessboard and exponential growth in computer technology.

According to Moore’s law, named after the co-founder of Intel Gordon Moore, computer power doubles every 18 months or so.

This means computer power grows exponentially every 18 months and there are some academics, including Andrew McAfee, a principle research scientist at MIT, who say that we have entered the second half of the chessboard in terms of this development.

This is the reason why we see a sudden acceleration in technological advancements, including smart phones, self-driving cars and Go-grandmaster-beating artificial intelligence.

Hostplus chief investment officer Sam Sicilia referred to this idea during the super fund’s annual investment forum in September this year to explain the reasoning behind the fund’s private equity and venture capital investments.

“What this means is that we are only at the beginning of truly massive change. Remember, it only truly gets crazy in the second half of the chessboard.”

“It also means society, including the business world, will see more changes in next 20 years than it did in the last century.”

“Rest assured, technological change will keep coming no matter which path we take. It is Moore’s law.

“Hostplus has already invested some of your money in innovation and technology and it is our intention to invest more money in this area in the years ahead.”

In fact, Hostplus plans to invest another $400 million in the venture capital space, much of it in technology-related start-ups.

The era of FinTech is neigh

Technological advancement is currently impacting the financial services industry – where start-ups in the sector are often referred to as FinTech companies – at an ever-increasing pace.

Technological advancement, the rise of a network-based economy or ‘shareconomy’, and big data-driven analytics created the basic ingredients for disruption, resulting in the rise of companies like Uber and Facebook.

Disruption is now coming to the financial services sector too, Ben Heap, Founding Partner of H2 Ventures, says in an interview with [i3] Insights.

“Financial services is a sector that, from a customer’s perspective, hasn’t seen a lot of change over the past couple of decades,” he says.

“But suddenly, these customers have their eyes open to the possibilities available to them.

“Lending is a great example. Where traditionally borrowers’ only real choice was to go to a bank, now there is a whole world of new, alternative lending options that are designed to serve different cohorts of clients, either to offer them better rates, or convenience.

“It takes two weeks to get a loan from a bank, but often they can get a loan within four hours from an alternative lender,” he says.

The financial services industry had to wait a while longer than the retail and media industries, because this sector is largely based on trust, Heap says.

“I think the evolution of the internet is relevant here,” he says.

“The first iteration of the internet in the late ’90s was very much a one-way tool: to search or write email.

“Then 10 years ago, we saw the introduction of a range of social media platforms. Those platforms allowed consumers to put a little more personal information up on the internet, such as their holiday snaps, their likes and dislikes, et cetera.

“That required an additional level of trust.

“What has happened over the last five years is that consumers, beginning with millennials but slowly all consumers, are willing to inherently trust the provision of a service or product by digital means.

“Once you overcome that trust hurdle, a digital service can have all sorts of advantages over a traditional channel. So, the waves of innovation that have hit retail and media had not yet hit financial services, but they are doing so now and will continue to do so.

“The impact on financial services, in my view, will be at least as large as it has been on media and retail,” he says.

The lending sector is one example, but the insurance industry is also ready for disruption, Heap says.

In a recently published list of the top 100 best FinTech firms – a joint project of H2 Ventures and KPMG – insurance-related start-ups feature prominently. Some of them use peer-to-peer insurance models, while others are online only.

“I think that insurance is a sector that is fundamentally ready for an entirely new model,” Heap says.

“There are inherent inefficiencies in how that market place operates and on top of that it is a sector that is suited to big data solutions – solutions that crunch data in a way that has not been available in the past.

“There are these market-making models that we have seen around companies like Airtasker and Freelancer, which has real potential in the insurance space.”

German start-up Friendsurance, which has opened up in Australia as well, uses a model where part of the premiums are paid back to a group of users if they don’t make a claim during the covered period.

Heap also mentions Chinese company ZhongAn, an online-only general insurance company, which was started only three years ago but already has 380 million users.

It allows users to insurance a whole range of products, including their room when they rent it out on Airbnb.

But any disruption will take place at the business-to-customer level rather than between businesses themselves, because B-to-C models have the ability to quickly gain traction and replace traditional ways of doing business.

“Selling insurance online is interesting at the margin, but developing a completely new business model …, now that is exiting,” Heap says.

Ben Heap will be speaking about current FinTech developments at the [i3] Asset Management Leadership Roundtable to be held on 30 November in Melbourne. For more information please follow this link.

The Non-linearity of Emerging Markets Adapting the Partnership Model