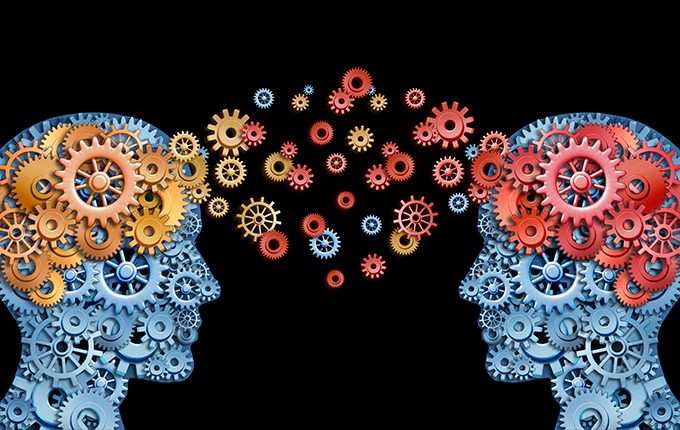 More recently, academics have also realised that people differ in how they interpret and process images.

When we speak of embracing diversity, most professionals will think of including more women, those with different ethnic backgrounds or younger employees in a team.

And although we still have a long way to go to get this balance right, is it enough to get a wider perspective on investment issues?

Tim Hodgson, Senior Investment Consultant and Head of the Thinking Ahead Group with Willis Towers Watson, argued that for diversity to be beneficial from an investment perspective attention should also be paid to how people think.

“What matters in a workplace is deeper level diversity,” Hodgson told clients at the annual Ideas Exchange 2016 conference in mid-May.

“You can take two people of the same gender, same race and same age and they may have grown up in incredibly different home environments.

“One might have had an accident, while the other may have not. There might be opportunities seized or squandered. They might arrive at the workplace with very different values, believes and that is where we can have a bit of spark happening,” he said.

Studies into cognitive diversity have found that some people learn quicker from images, while others prefer text.

But more recently, academics have also realised that people differ in how they interpret and process images.

It turns out that some pay more attention to the spatial dimensions of an image, while other focus more on the minute detail of the object shown.

“Give a spatial visualiser a 2D plan and they will see the 3D object, whereas object visualisers can almost like magic spot tiny differences between images,” Hodgson said.

What cognitive style should the investment professional be hiring? All of them!

Engineers, physicists, and mathematicians tend to have high levels of spatial ability and are better equipped to interpret graphs as abstract schematic representations, while object visualisers performed better on visual memory tasks and difficult tests of picture recognition.

“It seems that people subconsciously know their cognitive style and they self-select for certain occupations,” Hodgson said.

“If you select lawyers, they will be predominantly verbal reasoners. If you assess architects, you will find that the majority of them are spatial visualisers, while designers are object visualisers.

“Which cognitive style should the investment professional be hiring? All of them,” Hodgson said.

“If we believe that at least some parts of investing are about creativity and innovation, and about finding an answer when we don’t know where that answer might lie, then … we want to deliberately target diversity on our team.”

“[And] If we are living in a VUCA world, where things are Volatile, Uncertain, Complex and Ambiguous, then certainly having these different ways of processing information can add value to the investment decisions that we make,” he said.

Example of a spatial visualisation test. (For the correct answer, please scroll down to the end of the article)

Yet cognitive diversity among investment professionals has declined in the last 30 years, largely as a result of preferences for hiring employees from a limited range of disciplines.

“Is it possible that our industry is ending up with only one cognitive thinking style? I certainly think we are in danger of that,” he said.

Hodgson also pointed out that the combination of cognitive diversity and people’s social awareness abilities influenced how well a team performed.

“Do teams have a general consensus intelligence?” he asked the audience.

“It turns out that they do and they call it the C-factor. The surprising finding is that the C-factor is not correlated to the average or maximum individual intelligence within the team.

You could take a bunch of substandard intelligence people and make them an absolutely cracking team.

“Theoretically, you could take a bunch of substandard intelligence people and make them an absolutely cracking team,” he said.

The collective intelligence of a team is correlated with the average social sensitivity and interaction of group members.

“The next factor that is important is the equality in distribution of conversational turn-taking and it turns out that you can measure that as well.

“The only thing that mattered here was how equal each person spoke for.

“The higher collective intelligent teams were associated with short repeated contributions to the conversation, where there was approximately equal amount of words spoken by everybody present in the room.

“I think there are some pretty obvious takeaways: Team leaders should say less and you should actively draw out contributions from junior people, or minority people.

“When you do conference calls this becomes a squared level of necessity. Get the people who aren’t in the room to chair the call, lead the conversation or speak first. There are various techniques that we can use to improve our effectiveness.

It also turns out that a team with a majority women and just a few males scored best in tests of collective intelligence.

Insourcing a Compelling Case: Ambachtsheer Will Blockchain Change the Face of Fixed Income?