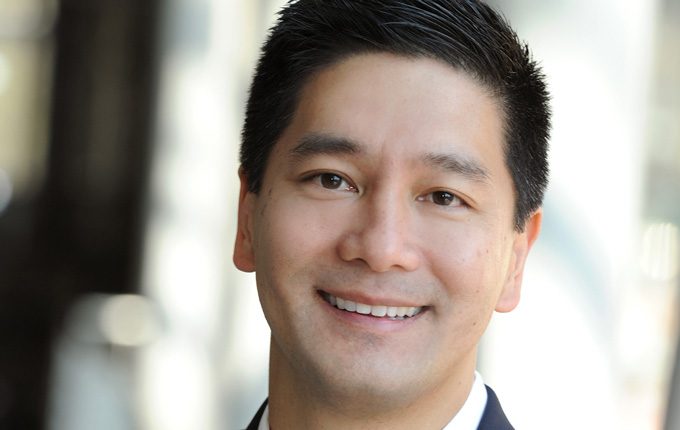 It is sometimes argued that the concept behind factor investing is quite radically different from the traditional asset bucket allocation model and requires thought about why an investment should make you money in the first place, rather than allocating to certain asset classes based on a notion of historical averages.

But Andrew Ang, Head of Factor Investing Strategies at BlackRock, says it is really not much of a leap from models most institutional investors have been using for decades.

In fact, it is not much different from reading the label on your microwave meal.

“If you want to eat a healthy diet, you’d have to look at the food labels and through to the underlying nutrients,” Ang tells [i3] insights.

“Similarly, if you want to create a robust and consistent portfolio, you should look through the asset class labels at the underlying factor drivers.”

For some investors, a standard three course meal is perfectly suitable, but if you try to achieve a particular outcome, then factors can help you along the way.

“There is nothing wrong with eating an appetiser, a main course and dessert; you can eat some great meals that way,” he says.

“I’d like to think of that as the endowment model. There are some very successful endowments based on offering off the menu.

“But you might be lactose intolerant, or you have a high cholesterol, or you might not like a certain food – you might be on what used to be called the Atkins diet, but everyone now calls it the Paleo diet: you only want to eat lots of protein – if you have these specific situations then you might not want to order off the menu.

“For investors they might have particular liabilities, constraints, regulations, or preferences, and that is when you need a factor approach,” he said.

The frontier is multi-asset and, looking ahead a few years, illiquid assets.

In equities, factor strategies are relatively well-understood, but Ang firmly believes that all investments are factor-driven and can be managed accordingly.

“In terms of asset management, all of the same factors, like value investing, momentum investing, quality, carry, all of these work in fixed income, rates, global credit and even mortgages just as well as they do in emerging market and developed market equities,” he says.

“The frontier is multi-asset and, looking ahead a few years, illiquid assets.

“Illiquid assets are really interesting, because they allow you to obtain a total portfolio view, where you are able to manage the whole fund, in terms of factors.

“For example, you want to take growth and you can get growth in public equities, but you can also get growth in private [assets]. Often those are treated as totally separate investments – in some funds that public and private market people don’t even talk to each other – but factors helps both of those investment meet the objectives of the fund.

For some [pension funds] there are no more asset classes, everything is in terms of factors.

Investing in illiquid assets according to factor principles is still a relatively new field, but there are a number of large pension funds in Canada, the Netherlands and some of the Nordic countries that are taking the taste test.

“There are only a few funds that have adopted this and for some of them there are no more asset classes, everything is in terms of factors,” Ang says.

To move to a portfolio that is fully invested according to factors requires a deep understanding of the interplay between them. For example, the small cap premium has been known to disappear for several years and a substitute needs to be at hand.

“All factors can disappear for years at a time; it is not only size,” Ang says. “Value performed poorly last year, while low volatility is on a roll now but it is designed to pay off when markets are turbulent and if we go into a more stable period, it will underperform.

“During the late 1990s, value underperformed for 3+ years. Every factor has its cyclicality and that makes it exactly why it is plain vanilla, like equities and bonds.

“You have a diversified portfolios of factors and then you rebalance. Rebalancing is very powerful; it forces you to buy low and it forces you to divest as things get expensive. That is a form of timing; it buys cheap and sells expensive and that is the direction you want a long term investor to engage in,” he says.

In the current climate, the tightening of interest rates by central banks around the world hangs over investors and it causes much uncertainty in the market.

If the interest rate hike causes a change in sentiment, then all bets are off and momentum is likely to underperform.

Asked to take a punt on which factors will outperform in an environment or rising interest rates, Ang answers that the circumstances are quite unique this time.

“Often in the traditional central bank model you increase interest rates because the economy is healthy and you want to stave off inflation. Those are actually good times: all risk is on and guns are blazing and, in general, many strategies tend to do well.

“I think today’s environment is very different from that. We are thinking now of interest rate increases being a bad thing, which deviates from central bank orthodoxy.

“One factor that I think will benefit from interest rate increases, but hasn’t done very well over the last couple of years, is foreign exchange carry strategies.

“When everything is at zero there is no dispersion. In order to make relative bets, you want to a difference between one [currency] and another. The lack of dispersion has caused some carry strategies to suffer, but if interest rates increase again, then we will see a bigger difference between countries’ foreign exchange.”

Some market participants have also singled out momentum as a potential beneficiary, but Ang is somewhat cautious on this factor.

“Momentum tends to do well in times of trend and it doesn’t matter whether it is going up or down,” Ang says.

“So right now momentum is doing fine, but momentum tends to reverse when sentiment suddenly changes. If the interest rate hike causes a change in sentiment, then all bets are off and momentum is likely to underperform.

“But if we are in an environment where interest rates continue to increase then that is a great environment for momentum,” he says.