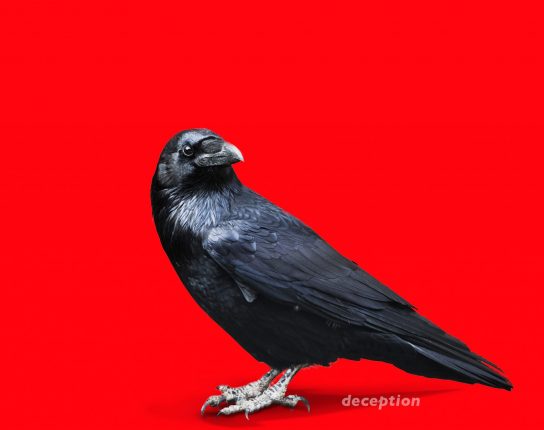 Ravens are commonly associated with caution, if not impending doom. In the hit series Game of Thrones, the actors are heard multiple times uttering the expression: “Dark wings, dark words”, referring to the fact that urgently delivered messages by ravens are often bad news.

But this image is deceptive, as it detracts from the fact that ravens are exceptionally intelligent.

It was long thought that only humans and apes could plan for future events, such as their next meal or, in the case of people, retirement. However, researchers found that ravens can equally plan well and did even better in some research studies than four year old toddlers, a feat no other animal as ever repeated.

They also seem to understand the concept of money and were able to use tokens to ‘buy’ food from researchers.

And they can tell the difference between fair and unfair, and are known to hold grudges against people that deceive them.

But they are also ridiculously good at problem-solving, finding solutions to puzzles that include no less than eight steps in order to get a treat.

Insurers also face a problem of sorts. With many market observers agreeing that we are in a late-cycle environment, the question arises whether it is time to position portfolios more defensively. After all, the biggest risk insurance investment portfolios faces is that of a tail event. But going too defensive too early will come with its own set of difficulties and might jeopardise their ability to match liabilities.

How they will solve this problem will be an important contributor to their future success.

At this forum, we will discuss: