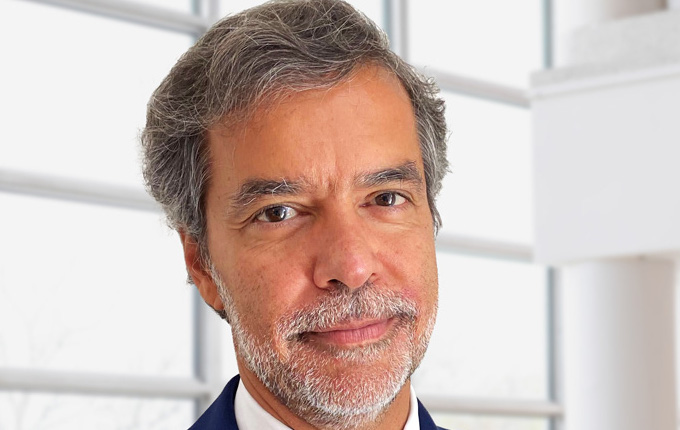 Many emerging markets have not embraced the transitory inflation narrative and as a result find themselves at or near the end of their hiking cycles, leaving fixed income investors with plenty of opportunities, Luis Freitas de Oliveira of Capital Group says.

Central banks in the developed world have been widely criticised for raising cash rates too late as inflation started to gain hold, clinging on to the idea of a transitory phase caused by the lingering effects of lockdowns.

‘World’s Central Bank’s Got It Wrong, and Economies Are Paying the Price’, Bloomberg blared in June this year.

Some of the most important emerging market central banks, however, did not buy into the transitory narrative and as a result fixed income investors can find bonds yielding double digits in these markets.

“We had a large number of emerging markets embarking on a tightening cycle, in some cases almost a year before the developed markets started hiking rates,” Luis Freitas de Oliveira, Portfolio Manager with Capital Group, says in an interview with [i3] Insights.

“There was clearly a differentiation in interpretation about what was going on with inflation. The transitory narrative never really got hold in most of the emerging markets.

“You are at a point now where there are quite a few emerging markets that probably have already hiked as much as they need to and inflation has plateaued or is already starting to come down.

“Probably, the most important thing is that real rates are already high in emerging markets,” he says.

There was clearly a differentiation in interpretation about what was going on with inflation. The transitory narrative never really got hold in most of the emerging markets

There are a number of reasons why emerging markets were quick to raise rates. It wasn’t just that they didn’t believe the transitory narrative, but also the fact that they couldn’t afford to let inflation get away, Freitas de Oliveira says.

“We are only a few years into a world where those emerging markets have had credibility with markets and where inflation expectations were well anchored,” he says.

“That is incredibly important in terms of increasing the financial intermediation in the market, the ability to start developing credit markets, such as mortgage markets and infrastructure financing.

“So they were harvesting the benefits of something that’s relatively new and policy makers would say: ‘We can’t take it for granted. We know that decades of hard work could be undone if inflation stays unanchored for a long time’. So, I think the cost/benefit analysis was different,” he says.

Besides, emerging markets deal with different forces that drive price setting than developed markets do.

“It is much harder when you have a large proportion of the population that pretty much consumes all of their salary. You don’t have great savings rates and so you very quickly have salary pressures if you have widespread price increases,” he says.

Developed markets do not face these pressures to the same extent and, in fact, their experience in the wake of the global financial crisis caused a mindset that was almost diametrically opposed to that of emerging market central banks.

For example, the European Central Bank (ECB) had been widely criticised for taking support away too quickly after the Global Financial Crisis.

“Right now, there is consensus that most developed market central banks were late in raising rates. But if you go back to post financial crisis, then the ECB was harshly criticised for being too early,” Freitas de Oliveira says.

“Even a great central banker like Jean-Claude Trichet left on a sour note, because they started withdrawing support in a way that history proved was premature, and some people would say that was one of the ingredients that led to the European crisis a couple of years later,” he says.

Freitas de Oliveira says that some of the Latin American countries were among the first emerging markets to hike interest rates and if inflation continues to stay in line, then investors could even envisage some of these countries to start cutting rates later this year.

“Mexico has a kind of a semi-explicit policy to target a certain range of interest rate differential to the US, so Mexico may be more cautious before cutting rates, at least until the US stops hiking,” he says.

“But what is interesting to fixed income investors is that even if rates hadn’t peaked yet, they are already harvesting such high interest rate differential risk premiums that you don’t need to wait to invest in emerging markets until you are absolutely convinced of the peak,” he says.

In assessing the current opportunities in emerging market debt, it is generally accepted that top down considerations play a key role in the analysis of emerging market assets. But this doesn’t mean that some of the current geopolitical events that are unfolding in Russia and China are restricted to these markets or even impact them more than developed markets, Freitas de Oliveira says.

“I would challenge the statement that geopolitical events affect emerging markets more,” he says.

“If I think, for instance, about what happened in Russia, of course it affected Ukraine and it created turbulence in Central Europe. From a financial perspective the biggest impact of that geopolitical event has been on the euro. So it really depends on what type of geopolitical event we’re talking about,” he says.

Another example is the current tensions between China and Taiwan. Any fallouts from these tensions are unlikely to remain limited to the region, he says.

“The impact of the geopolitical tensions around Taiwan and China is not an emerging market risk. A tail event there will impact a very large part of the global economy, including the semiconductor sector and other supply chains.

“So we are going through a moment in history where geopolitics are probably playing a bigger role than they have traditionally, or at least in the post 1989 world. But I challenge the idea that emerging markets are really the epicentre of it,” he says.

We are going through a moment in history where geopolitics are probably playing a bigger role than they have traditionally, or at least in the post 1989 world. But I challenge the idea that emerging markets are really the epicentre of it

However, the situation around Russia is important to fixed income investors, because of the fact that it has impacted fixed income directly, as sanctions to freeze Russia’s assets saw the country unable to meet interest payments.

“The impact of the war on the creditworthiness of Russia wasn’t a credit issue, but a situation where Russia could pay and was willing to pay, but the US and its allies introduced sanctions that prevented Russia from paying,” Freitas de Oliveira says.

“That is the first time this happened. It has never happened before that a debtor had the cash, wanted to pay, but was prevented from paying by Western sanctions.

“We had invested in Russia and believed that the balance of risk was positive, because valuations were extreme and the credit fundamentals were very positive.

“If you would have blacked out the name ‘Russia’ and I just showed you the economic statistics, then you would have thought it was a single A-rated country in terms of credit quality.”

The sanctions against Russia have not changed Freitas de Oliveira’s approach to Chinese sovereign bonds. Although he acknowledges that there is a risk any further escalation over the conflict with Taiwan could lead to sanctions from Western countries against China, there are already many restrictions in place when it comes to moving money in and out of the country.

“The balance of payment in China is not completely open. Locals are subject to substantial capital controls and restrictions on taking money out of the country, and it’s relatively recent that foreigners can easily invest in Chinese bonds,” he says.

“So we are already in a highly controlled [environment].”

Instead the conversation about China centres more around the health of the economy and the fallout of the zero COVID policy that the government has clung onto.

“The real conversation in China today is actually more of a traditional one about the market and less about geopolitics,” he says. “Clearly, China is slowing down as part of its COVID related policies, while there are also other, more traditional, business cycle-related behaviours that affect the property market, for example.

“There is concern about financial stability, and the FX market in particular could be the escape valve here to stimulate the economy,” he says.

This article is sponsored by Capital Group. As such, the sponsor may suggest topics for consideration, but the Investment Innovation Institute [i3] will have final control over the content.

Statements attributed to an individual represent the opinions of that individual as of the date published and do not necessarily reflect the opinions of Capital Group or its affiliates. This material is of a general nature, and not intended to provide investment, tax or other advice, or to be a solicitation to buy or sell any securities. It does not take into account your objectives, financial situation or needs. Before acting on the information you should consider its appropriateness, having regard to your own investment objectives, financial situation and needs. Capital Group is represented in Australia by its member Capital Group Investment Management Limited.

Fighting a Stranded Asset Future Inflation Will Not Fall Rapidly