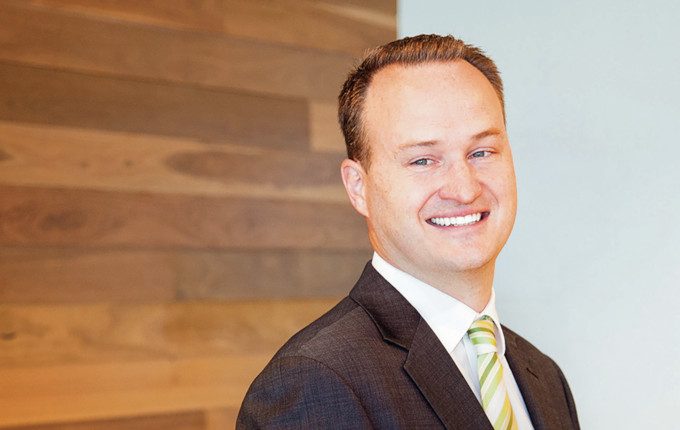 Having bedded down the largest merger of superannuation funds in Australia, the Australian Retirement Trust (ART), now with AUM of around $200 billion, is set to map out a new investment strategy.

Today, ART has considerably more capital to invest than either SunSuper or QSuper before the amalgamation. The combined portfolio totals over $36 billion in real assets – with over $14 billion in real estate and $22 billion in infrastructure.

Michael Weaver, who heads ART’s private real and mid-risk assets area, says it will be necessary to work out a business plan for the enlarged and growing fund.

ART will also have to address the potential fallout of rising interest rates and high inflation.

“ART is coming together. It has been a good experience for both teams working together on our future direction as we look at where we are today and where we will be into the next five or 10 years,” Weaver says in an interview with [i3] Insights.

“Both funds were successful and growing – a unique combination for a merger of this size. So, we feel we have a good opportunity to make the most of the merger.

“In the real asset space, the team is focused on how to continue to make the most out of the investment partnerships that we have. We have good managers and smart partners both in infrastructure and real estate around the world and here in Australia.”

Weaver says the fund first wants to set an overarching investment strategy – one that makes sense over the long term for each of the real estate and infrastructure asset classes. It will then drill down to develop separate implementation strategies for each asset class.

We will be aiming to complete the review by the end of this year. Diversification will be a key part of the strategy. We are unlikely to have any more than 25 per cent in each real estate sub-sector that we have invested in. But everything else is on the table

“We will be aiming to complete the review by the end of this year,” he says. “By then, we will have a view of what the future implementation is likely to be.

“Diversification will be a key part of the strategy. We are unlikely to have any more than 25 per cent in each real estate sub-sector that we have invested in. But everything else is on the table,” he says.

The portfolio currently consists mostly of CBD office buildings, retail and industrial assets in Australia. ART has a significant presence overseas, particularly in the US, where it owns multifamily, logistics and office assets.

Weaver recognises a shift towards internalisation among his peers in the industry as their funds get bigger. Internalisation, he says, gives funds the capacity to bring all asset selection and management in-house.

But Weaver is in no hurry to make the switch, saying that he expects ART to build incremental changes to its real estate partnerships in both Australia and overseas.

At the same time, ART is poised to commit to more direct investment with a chosen few managers, and expects its relationships with these partners to deepen and broaden over time. Otherwise, he says, ‘it won’t make sense for the fund’.

One example of incremental changes in ART’s relationships is that with the listed Mirvac Group.

In 2015, the then-SunSuper teamed with Mirvac to successfully bid for rights to develop the Australian Technology Park at Redfern, on the fringes of Sydney CBD.

The consortium secured rights to the site in a $263-million transaction with UrbanGrowthNSW, a state government agency.

Last year, during a tumultuous time for AMP Capital, the fund transferred its mandate, which reportedly looked after some $750 million worth of real estate, to Mirvac.

At the time, SunSuper paid $231 million for a half-stake in the mixed-use development with 31,000 square meters of office and retail space.

Weaver told [i3] Insights that the South Eveleigh type of project is something that ART could do more of under a build-to-core approach.

In another partnership, ART has built up a majority stake in Discovery Holiday Parks.

Weaver says the holiday park business now has more than 250 sites under management, owning between 70 and 80 of them. “This business has a lot of opportunity to grow. Recently, we increased our presence in Northern Territory and Western Australia.”

These partnerships often are not big to begin with, he notes.

ART first bought into the Discovery Holiday Park business in 2006 with a minority stake, but over time has increased equity by buying out other shareholders. The management holds a minority interest in the business.

Weaver says ART has investment in retail, adding that he is now more comfortable with this sector than he was two years ago.

“We will selectively look at retail assets,” he says. In 2017, SunSuper paid $163 million for a suburban shopping asset, Marketown Shopping Centre in Newcastle.

Buying assets today, [you have] to ask what the fair price is, given that bond rates have gone up a lot. Property managers used to talk about the gap between property yields and bond rates and we haven’t heard them talk about that for the last few months

Some of ART’s investments outside the traditional office, retail and industrial sectors are located in the US – a market that has thriving alternative sectors in multifamily and self-storage.

“We have good partnerships in the US, where we have been able to access quality industrial investments,” says Weaver. “By themselves, each of these investments isn’t large but [together they] can grow into a large portfolio if we have the right managers buying the assets in partnership with us.”

Between the two funds, it was QSuper that brought a bigger slice of overseas logistics into the merger. QSuper invested $1 billion in US transport and industrial assets late last year as it hoped to bank on the country’s economic recovery. QSuper first invested in overseas property in 2006 as part of a strategy to diversify and reduce geographic risks.

One of QSuper’s US transactions was a majority holding in the Sunbelt Logistics portfolio, paving the fund’s entry into high-demand urban locations in cities such as Austin, Dallas, Huston, Denver and Oklahoma City.

It also acquired majority ownership in the Mercury Trust portfolio, which includes 27 trucking depots leased to major transport operators in the US Midwest and South.

ART also has exposure in the US to multifamily, with the portfolio valued at over $1.5 billion.

Sizing up ART’s combined exposure to the US, Weaver says: “We have significant investment in the US, particularly in industrial, multi-family and office. We also have medical office and a number of self-storage facilities in the US.”

Looking ahead, Weaver says the fund will look at non-traditional sectors in the US and other opportunities overseas.

But there is a spanner in the works. The recent Your Future Your Super legislation introduced benchmarking of performance of MySuper products. This could make it difficult for the industry to invest in offshore real estate.

“We need to think about how much tracking errors or variants to that benchmark we are able to take.”

On the impact of rising interest rates on real estate, Weaver says: “There are two elements. What assumptions are there in the business plan in terms of capital management of our assets; how long is the long-term debt and how much leverage is used.

“We also look at the inflation benefits that we can get through leasing a property from long or short-term leases.

“The second element in buying assets today is to ask what the fair price is, given that bond rates have gone up a lot. Property managers used to talk about the gap between property yields and bond rates and we haven’t heard them talk about that for the last few months,” Weaver says.

And for good reason. The spread between bond rates and property is narrowing, in part because some assets have become more expensive.