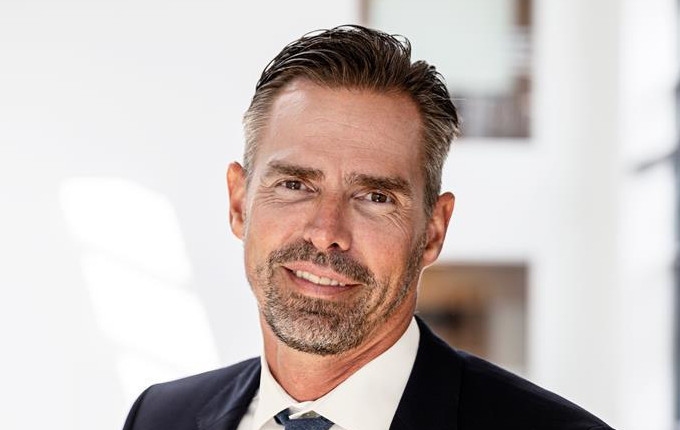 While risk parity is a great concept, it doesn’t work in the current environment of low rates, rising inflation and macroeconomic turbulence, PFA’s CIO says.

In 2015, Kasper Ahrndt Lorenzen was in the middle of implementing an investment review at Danish pension fund ATP when he came to the realisation that the way he and his team had started to shift the portfolio was not unlike a risk-parity approach.

In a desire to reduce the equity centricity of the fund and achieve a more risk-balanced approach, Lorenzen added interest rate risk into the portfolio.

Now, seven years later, he finds himself in the middle of a strategic review again, this time at PFA Pension, a commercial Danish pension fund, which he joined in December 2019.

But where one might expect to see a continuation of the risk-parity mindset, Lorenzen has had a change of heart.

“In 2021, we changed our mindset a little bit and lost faith in risk parity,” he says in an interview with [i3] Insights.

“That was due to a combination of interest rates, rates are definitely low, and globalisation, which doesn’t run as fast as it used to.

“COVID has also introduced some frictions and some inflationary forces in the global supply chains.”

In this environment, the case for bonds is less obvious and the risk-parity approach is really all about bonds, he says.

If you think about risk parity, then I think risk parity is for investors who like to be long duration... With rates being at the levels where they are and also inflationary forces coming in on the back of COVID-19, we skipped the interest rate part and focused more on running an equity overlay, being long equities just without the long-duration sidekick that risk parity provides

“If you think about risk parity, then I think risk parity is for investors who like to be long duration. Yes, it’s a [strategic] concept, but it’s really about: ‘Do you want to buy bonds or not?’ So, it’s just an add-on to a lot of equity exposure,” he says.

“With rates being at the levels where they are and also inflationary forces coming in on the back of COVID-19, we skipped the interest rate part and focused more on running an equity overlay, being long equities just without the long-duration sidekick that risk parity provides.”

He still likes the risk-parity approach, but it is not something he is wedded to. He approaches it with a mindset that is not unlike the great British economist John Maynard Keynes, who is reported to have once said: “When the facts change, I change my opinion. What do you do, sir?”

The prevalent macroeconomic conditions are key to whether it makes sense to implement it or not.

“Risk parity is a great concept because in the past you managed to make money on both [equities and bonds] without running too much risk. You had the diversification benefit and you believed in the low correlation,” Lorenzen says.

“But things have changed now. Not only are rate levels on the low side, but we also have inflationary forces building up. And then the cash flow from fixed income is not necessarily going to bring something good to the overall portfolio.”

“Then came 2022 and we changed our mindset a little bit again, where we were more reluctant to run [equity] overlays,” he says.

“The strong equity performance and also the terrible war in Ukraine are just more arguments for why you want to be slightly more careful on risk. So another way to say it is that I’m just less bullish.”

He is not only worried about inflationary forces building up, but increasingly about stagflation too, a period where higher inflation coincides with low economic growth.

As pandemic disruptions continue and the war in Ukraine turns into a drawn-out conflict, additional inflationary forces are weighing on the global economy, while productivity is likely to trend down.

“It’s just another brick in the stagflation wall. It doesn’t mean that we’re going to have stagflation, but if everything else is equal, then it is going to add stagflationary pressures,” Lorenzen says.

The impact of the pandemic on globalisation should not be underestimated, he says. It has laid painfully bare the shortcomings of a just-in-time supply chain and the fragility of that concept has become a clear risk to businesses.

“We spent several decades optimising the world economy and the value chain through globalisation and then COVID came and we decided to close everything down. It’s not going to be easy to start the engines again; I mean it’s just going to take time before we get things running,” Lorenzen says.

Globalisation from that point of view has peaked. It probably peaked before COVID and now on top of this we have the situation in Ukraine. It's going to be a drag on productivity, it's going to be an uplift to inflation and I think it's not fully priced in yet

“And we can’t expect to go back to where we used to be. Globalisation from that point of view has peaked. It probably peaked before COVID and now on top of this we have the situation in Ukraine.

But although he has become more cautious on equities, he also believes they are a good source of cash flows, much more so than any fixed income asset can currently provide and certainly better than government bonds.

“In school, we learned that it’s a risk-free asset and it probably still is, but it’s not as risk-free as it used to be.”

And despite the high valuations of equities, the cash flows in listed markets are still of good quality and are looking increasingly more attractive.

“The equity cash flow, especially corporate US, is a quality cash flow, no matter how you look at it. It might be priced too expensive, but that’s a different story,” Lorenzen says.

The US is also one of the few places in the world where some of the largest corporates still control the full value chain and are less dependent on what happens in the rest of the world. This gives US stocks some buffer against further disruptions, Lorenzen says.

“Now, I’m not saying that the S&P is the new risk-free asset, but it’s a quality [source of] cash flow,” he says.

The key to good portfolio construction is getting the size of the equity weighting right, he says. PFA’s portfolio has an overall equity allocation of only 25 per cent, but that is largely for legacy reasons.

The Danish pension sector has moved to a defined contribution model in recent years and in those portfolios the allocation of PFA to equities is upwards of 60 per cent.

“It’s a different cash flow than [from] fixed income securities, but it comes with some decent characteristics and you have the earnings yield, which is a decent coupon. It’s just a question of not oversizing it and maybe you want to protect some of the cash flow,” Lorenzen says.

He also sees a clear role for private markets to enhance the portfolio. PFA has 20 per cent of its assets in alternative assets and also has a strong real estate capability.

“I like to think that there are more opportunities in private than in public, especially if you team up with the right people,” Lorenzen says.

“The first [asset class] that comes to mind is, of course, core real estate. PFA has a very good real estate team and we are the largest real estate owner in Denmark. So we can produce real estate cash flows for low basis points.

“And then you can top that up with some of the infrastructure cash flows.”