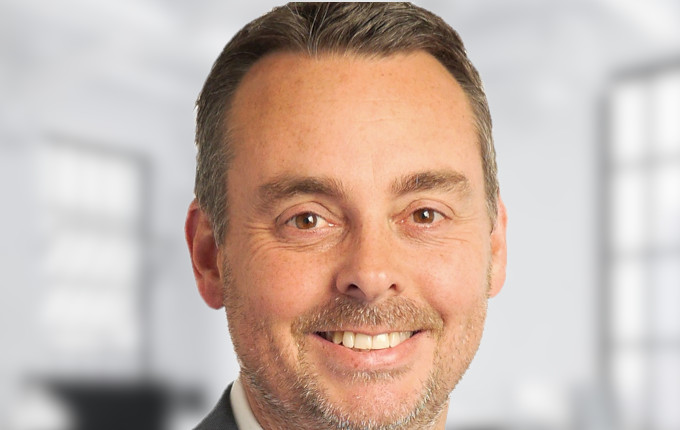 Carbon neutrality has become a central theme in the investment industry, but the journey will be challenging, abrdn says.

Although more and more institutional investors have committed to carbon neutrality by 2050, it is not yet clear how and whether they are going to be able to get there, Jeremy Lawson, Chief Economist and Head of the abrdn Research Institute, argues.

Partly this is the result of poor government policy, lack of international consensus and a raft of non-binding commitments.

For investors, this means they will operate in an environment that is highly uncertain as different plausible carbon scenarios have vastly different outcomes and this may see many investors delay the most impactful changes.

“There is a lot of decarbonisation that can be done in the short term, which is what you might call ‘no regrets’ decarbonisation,” Lawson says in an interview with [i3] Insights.

“It can then look like you’re on a net zero pathway as there is a lot of low-hanging fruit.”

Cutting out or reducing allocations to heavy emitters that lack credible transition plans is one example of these measures, he says.

“But once you get through those easy wins, then investors are left with much higher cost emission reduction options, the harder sort of changes … that’s when that policy and regulatory tailwind becomes much more important.

“From an institutional perspective, they might say: ‘Look, the right thing for us to do is behave as though net zero is plausible and then we’ll reassess in a few years,’” he says.

There is a lot of decarbonisation that can be done in the short term, which is what you might call ‘no regrets’ decarbonisation. But once you get through those easy wins, then investors are left with much higher cost emission reduction options, the harder sort of changes … that's when that policy and regulatory tailwind becomes much more important

Lawson sees two pathways of how the current situation might play out. Under the first scenario, financial institutions embark on a road of partial decarbonisation, allowing government policy and the regulatory environment to eventually catch up. If that is the case, then the economy will be able to continue down a more or less optimal pathway to achieve net zero.

But the alternative is that in five to 10 years’ time it will become clear the global pathway is not a zero pathway, which in turn will lead to a revision of decarbonisation plans and so net zero 2050 might become 2060 or 2070. You could even get a situation where different institutions align with different trajectories, Lawson says.

“This idea of net zero 2050, which is now very central in our industry, is a fragile one,” he says.

“People throw this phrase around like it’s something that is a relatively straightforward thing to do if only regulators and policymakers got their act together, but in order to achieve net zero by 2050, absolute emissions globally need to decline by about seven per cent per annum.”

But annual emissions didn’t decline by seven per cent globally in 2020. And this was despite the fact large parts of the economy were in lockdown for months, including a lot of transportation.

“And so even in a year where you effectively had forced decarbonisation through those measures, you couldn’t reach that scale. Now, as the global economy rebounds from the pandemic, we’re seeing a significant increase in emissions, such that there’s a pretty good chance that global emissions in 2022 will be higher than they were before the pandemic,” Lawson says.

“So you can see just how far away we still are from an appropriate pathway.”

Lawson, an Australian based in the United Kingdom, notes many countries in Europe are much further along in their thinking on carbon neutrality than Australia. This makes the investment environment for Australia even more uncertain, he says.

He acknowledges Australia, for the first time, made a 2050 net zero commitment during COP 26 in Glasgow, but he also points out no new measures to meet that commitment have been announced.

“The credibility gap for Australia is very, very significant. The strongest actions are taking place at the state level, but the federal government still hasn’t come to the party,” he says.

He also notes China and India, the world’s largest and third-largest carbon emitters, have respectively made net zero 2060 and 2070 commitments.

“So before we get into the question of whether those [targets] are likely to be achieved, the world’s two most populous countries are not aiming to get to net zero emissions by 2050. This then would require the balance of the rest of the world getting there well before 2050, so, for example, the advanced economies might need to be there by 2035 or 2040,” he says.

“But most of the advanced economies – including the United States – are even not on a credible net zero 2050 pathway.

“Not enough people are talking about that.

“I think it puts a lot of investors in a bind, even those who want to be fully active, credible participants in the net zero journey.

“Because they know that not only is the regulatory policy background insufficient, but also they’ll have competitors who look at that same world and say: ‘Look, you might decide to go down a net zero pathway, but I’m not going to go down that pathway because I’m not sure I’ll be financially rewarded for doing so.’

“And that [position] is not unreasonable. The fair value of natural gas, oil, steel and cement assets in a 1.5°C world compared to, say, a 2.5°C world, is radically different. So how do you price those assets?

“That, I think, is the essence of the dilemma for investors.”

Earlier in his career, Lawson was a senior economist for the Reserve Bank of Australia, as well as for the OECD. This gives him a unique insight into central bank thinking on inflation. Asked if the energy transition will impact the current trend towards higher inflation, he points out that in the long run, technological change is usually disinflationary.

The implication of this is that where some critics have lamented the cost of the energy transition, especially where regulations have discouraged investments in still essential carbon-intensive activities, Lawson says we should focus on whether investments made in this area will pay off in the long term.

You can already see this in the development of engines for electric vehicles. According to analysis by Bloomberg New Energy Finance, the cost of electric engines will hit breakeven point with internal combustion engines (ICE) within the next few years.

“If you think about how quickly that’s changing, then that’s disinflationary,” Lawson says.

“Eventually, they’ll become cheaper than ICEs and you’ll continue to see innovations around battery technology storage capacity, the distance they can drive, the size of the batteries, all of these things that will ultimately lower prices.

“So I think there are a bunch of disinflationary forces that counterbalance any inflationary implications [from the energy transition] over the long term.”

Yet, in the shorter term the disruptions from, and policy responses to, the pandemic have pushed inflation up to the point that the US Federal Reserve abandoned the idea that inflation is still transitory – at least officially.

what manifested last year was that a pandemic, that almost every policymaker thought was going to be disinflationary, actually turned out to be highly inflationary. And so that then puts central banks in this extraordinary bind because they have these policy settings that were built for one view of the world and they find themselves in another

Lawson is firmly in the camp that central banks are behind the curve and will need to catch up to bring inflation back within bounds.

“That is a problem now because you are going from very loose monetary settings to much tighter settings. So what impact is that going to have on the global economy over the next six, 12, 18 to 24 months?” he says.

“The biggest risk to the global economy is no longer the pandemic and I don’t think it is even the current energy and commodity price shock, but instead: ‘Can we engineer a soft landing?’

“If we can’t, then we will get a renewed downturn and this business cycle might be very short, primarily because central banks and fiscal authorities miscalculated the amount of stimulus that they needed to provide in the first place.”

During the onset of the global pandemic, central banks and governments took the view that they needed to support demand as much as possible. This saw governments embark on unprecedented fiscal stimulus programs, while monetary policy also loosened a great deal.

“For most of the world, monetary policy followed the playbook of the post-GFC (global financial crisis) period, but globally, fiscal easing was on a scale that has never been seen before, and so the combination of those two things was extremely powerful in not just holding up demand, but also in many countries household disposable income was left on a trajectory that was higher than the pre-pandemic trajectory,” Lawson says.

“What you then have is an unparalleled success in maintaining demand through a crisis, meanwhile the pandemic is having these really significant persistent effects on the supply side of the global economy, including energy markets, supply chains and labour markets.

“So what manifested last year was that a pandemic, that almost every policymaker thought was going to be disinflationary, actually turned out to be highly inflationary. And so that then puts central banks in this extraordinary bind because they have these policy settings that were built for one view of the world and they find themselves in another.

“Throughout last year, there was this chipping away at that narrative and then ultimately what increasingly looked like a capitulation among central banks where they realised that: ‘Actually no, the word ‘transitory’ is not a great way to describe current inflation dynamics.’

“There is no justification anymore for having zero interest rates in an environment where many economies are already back at full employment and underlying inflation is running well above target.”

This article is sponsored by abrdn. As such, the sponsor may suggest topics for consideration, but the Investment Innovation Institute [i3] will have final control over the content.