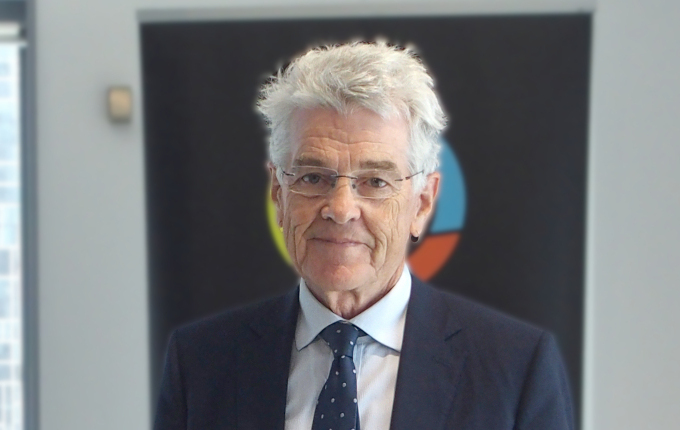 The Federal Reserve might have retired the word ‘transitory’, but MMT’s Professor Bill Mitchell doesn’t see the propagating mechanisms for inflation to stay structurally high.

In December last year, the US Federal Reserve announced it was time to retire the word ‘transitory’ when speaking of inflation. Both Jerome Powell, Chair of the Federal Reserve, and Janet Yellen, US Treasury Secretary, said they expected to see permanently higher inflation, rather than an easing of the recent rise.

But Professor Bill Mitchell, Chair in Economics and Director of the Centre of Full Employment and Equity (CofFEE) at the University of Newcastle, as well as one of the key founders of Modern Monetary Theory (MMT), does not share Powell’s and Yellen’s point of view.

“People hear transitory and they think it’s like a rain shower and by tomorrow it’ll be gone. The way I use the word is that it relates to special conditions that are abnormal and so the duration of the transitory period depends upon how long those abnormal conditions are persisting. It might be a year or two years,” Mitchell says in a Zoom call with [i3] Insights.

Higher inflation might be caused by a shock to the financial system, such as the coronavirus pandemic, but for it to be structural requires forces that remain in place well after the initial dislocation, including rapid wages rises, credit expansion and debt bubbles.

But none of these, what Mitchell calls, ‘propagating mechanisms’ are in place today.

“When you’re trying to understand an inflationary episode, you typically will identify some shock to the system that has generated the change and then you look for propagating mechanisms that will propagate that shock into a structural situation,” he says.

People hear transitory and they think it's like a rain shower and by tomorrow it'll be gone. The way I use the word is that it relates to special conditions that are abnormal and so the duration of the transitory period depends upon how long those abnormal conditions are persisting

“[Today] we’ve got a supply shock like we’ve never really experienced in our lifetimes. Workers becoming very ill, factories shutting down, ships not being able to ship goods to where they need to go, containers getting held up in the wrong ports, lack of international air travel, which has reduced freight … you go on and on.

“This pandemic has been incredibly disruptive to our systems and in a way the pandemic has exposed our complacency about the susceptibility of these just-in-time global supply chains.

“So you’ve got a supply shock and that’s going to cause inflation of course. It is because goods can’t be supplied. At the same time you had governments protecting to some extent incomes and, therefore, purchasing power.”

But whether this rise in inflation from the disruptions caused by the global pandemic will become structural depends on whether there are any propagating mechanisms to continue sustained higher inflation.

“The answer very clearly is no. Wages are growing at record lows. Real wages in Australia and elsewhere are being cut because workers can’t gain nominal wage rises at anywhere near the speed of product price rises and the industrial relations legislation doesn’t really help workers’ ability to engage in industrial action, strike activity, to pursue wage increases. That is virtually impossible now,” Mitchell says.

“The sectoral imbalances are transitory pressures; they’re just the artefact of the extraordinary circumstances that a global pandemic has imposed upon us. And so the sort of conditions which would build that supply shock into an ongoing structural acceleration in inflation are just not there. So it’s in that context that I think it’s transitory.”

Mitchell compares the current situation to the 1970s, a period of low economic growth and high inflation partly caused by an energy crisis. At that time, oil production in various countries, including the US, Venezuela and Iran, had peaked and the Yom Kippur War and the Iranian Revolution caused interruptions to the existing oil supply, while the Organization of the Petroleum Exporting Countries (OPEC) raised oil prices.

This supply-side shock in oil led to structurally higher inflation that didn’t really start to taper off until the early 1980s.

“In October 1973, OPEC doubled the price of oil overnight as a political act and the propagating mechanisms were of course the price-setting powers of trade unions and firms,” Mitchell says.

“The unions were much stronger then and had the capacity to successfully push for nominal wage increases. The firms of course had price-setting power because the [oil] industry is hardly competitive.

“And so the distributional battle, as it was called, caused the propagation of the supply shock and we had accelerated inflation. And once it gets entrenched in a structural way like that, you also get behaviour changing; people start behaving and making decisions as if there’s going to be higher inflation in the next period. And so they build it in and you then get sort of a self-fulfilling prophecy.”

Impact of the Ukraine Invasion

The pandemic hasn’t been the only shock to the system in recent times. The invasion of Ukraine by Russian President Vladimir Putin has led to another profound disruption to the status quo.

Apart from the humanitarian crisis, the invasion has caused ripples in the global financial system as sanctions were placed on Russia, the ruble took a dive and large, multinational companies pulled out of the country.

The situation caused the Reserve Bank of Australia, which until then had resisted calls to increase the cash rate on the back of rising inflation, to cautiously shift its position and comment that a rise in the official cash rate this year was now plausible.

Mitchell acknowledges the gravitas of the unfolding crisis, but doesn’t think it will cause propagating mechanisms to take hold in and of itself.

“Russia supplies, what, 30 per cent of world oil supplies and a very significant amount of gas to Western Europe and so they’re now in a position to really push those prices up,” he says.

“It looks like petrol in Australia will go up to maybe two dollars a litre or something so that feeds into the CPI and will feed into the inflation rate. Is that a temporary thing or more permanent?

“Well, OPEC have shown that they gouge occasionally and then they get pressured and they stop gouging, so I don’t think it is permanent. But it’s costly and it’s disruptive, and it’s certainly going to prolong the transitory nature of the shock.

“But the propagating mechanisms aren’t there yet, so I don’t see that it’s a structural issue for Western Europe.”

The current oil shock may even have a silver lining because European countries now have got to fast track the renewable energy transition much quicker than they would have previously, he argues. “But in the short run it’s going to be really painful for the Western European nations,” he says.

What would make me change my mind is if wages rise suddenly; if workers were able to win significant wage increases that jump above the inflation rate

Asked if he ever expects to see inflation rise structurally higher again, he says it depends on the drivers behind such an environment.

“What would make me change my mind is if wages rise suddenly; if workers were able to win significant wage increases that jump above the inflation rate,” he says.

“If you go back to the 1970s, what you had was a series of leapfrogging wage outcomes. As prices rose, workers would fight back to resist the cuts to their real wages, their purchasing power and they would sort of overshoot. Then firms would retaliate and pass it on again and you had that sort of leapfrogging behaviour going on.”

Other key drivers of higher inflation would be the extension of fiscal stimulus beyond the point where economies are considered to be at full employment, or a sharp rise in household debt, he says.

“I would start to worry if I suddenly saw a rise in household debt and an explosion of credit. But I don’t think those things are going to happen,” he says.

“In the December quarter, you already saw that the big fiscal stimulus was gone. State government expenditure on big capital projects is starting to taper very quickly and household debt is too high for households to go on another sort of pre-GFC, credit binge.