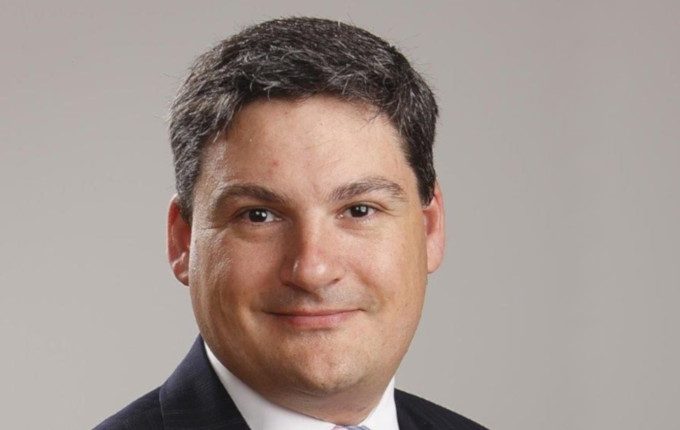 This year the Future Fund celebrates its 15-year anniversary. We take a look at the early days of the fund and how this period shaped the portfolio as it stands today.

There are various years one could take as the start of the Future Fund, but there is no doubt the seeds were planted with the release of the Intergenerational Report, which was commissioned by then Treasurer Peter Costello, in 2002.

The report explained in clear terms just how costly the ageing population of Australia was going to be in the decades to come.

But setting up a sovereign wealth-style fund to deal with these costs was certainly not the first thing to come to mind in dealing with this issue.

At the time, the Federal Government was running a budget surplus and seriously considered shutting down the domestic government bond market as a way to save money since it didn’t need to raise any funds.

It wasn’t until the importance of Australian government securities to price discovery of the broader financial market was realised that this idea was rejected.

The establishment of a sovereign wealth fund then became a much more attractive option.

The Future Fund was officially established through the Future Fund Bill 2005, but it still had no staff and no money. It wasn’t until November 2006 that the fund appointed Paul Costello as General Manager, while it only settled on a custodian in May 2007.

By June 2007, the fund had gathered over $50 billion from government surpluses and government-held Telstra shares. And just as it started to invest the money, it decided to pause its equity investments.

It was the end of 2007 and it became clear something was off with global markets.

The Future Fund describes in a book, Celebrating 15 Years of the Future Fund, published last week to commemorate the fund, what happened next: “Something momentous was happening to the financial system. [Chief Investment Officer Raphael] Arndt remembers the investment team calculating the equity risk premium – an estimate of the excess return a share market investor should receive above the risk-free rate to compensate for the higher risk they take on.

“In the US, it had verged somewhere between four and six per cent over time. They worked that out in 2007 and found it was negative. They said, ‘We don’t know what’s happening; something’s very wrong – stop the investment program.’”

In hindsight, one might say it was a good position to be in: sitting on a large amount of cash just as the Global Financial Crisis started to unfold. Surely it has made a contribution to the impressive returns the fund has managed over its lifetime, achieving a return of 8.3 per cent a year since its inception, 1.7 per cent above its benchmark.

But this view would not do justice to the pressure that was put on the team to invest the money.

Pausing further investments at the end of 2007 was a brave thing for any investor to do, Sue Brake, the current Chief Investment Officer of the Future Fund, says during an interview for the March episode of the [i3] Podcast.

“It is a testament to bravery and also shows how the total portfolio approach and the joined-up investing that the Future Fund is known for … it was in these moments that that was forged,” Brake says.

“Why do I say bravery? Well, the fund had actually been running for a couple of years and everyone is looking, everyone has an opinion, so there was this pressure … to get set and to get the right level of risk in order to meet your long-term returns.

“And it is a large amount of money, so it takes time to build your positions. So there was an enormous amount of pressure – I remember it, sitting across the Tasman [at New Zealand Super], watching – to chase the market.

“If the team would have continued to push hard to get set just before the crisis, then we would have lost half the money.”

But she also acknowledges there was a level of fortuitousness involved in the decision to get back into the market in 2009.

“The team is nothing if not humble and they said that they were reluctant, when the market was tanking, to jump in like that,” she says.

When the decision to pause equity investment was taken at the end of 2007, the fund had 30 per cent in equities. This allocation reached around 40 per cent during the GFC, but never reached the original target of 60 to 65 per cent.

Instead, the fund decided it was better to allocate more to alternatives, such as hedge funds and real assets, including infrastructure and property, considering the market environment in 2009.

“The key issue was always that to chase inflation plus five per cent, you must take some risk,” David Murray, who was the first Chair of the Future Fund, remembers in the book.

“If risk was not going to be (at that time) in government bonds and we were a bit cautious about higher equities allocation, then where was that risk going to be?”

The opportunity at the time was to be in alternatives and key unlisted assets, such as real estate, infrastructure, utilities and timber, Murray says.

Although the market downturn caused by the onset of the coronavirus pandemic in early 2020 was relatively short-lived, Arndt, who by that time had taken up the position of Chief Executive Officer, suspected it would have a far deeper influence on markets and society more broadly than the few weeks of negative returns experienced between March and April of that year.

The fund typically starts its annual investment strategy review around late February each year, but it had been delayed by the COVID-19 crisis. Arndt believed the usual exercise would not be adequate enough to capture the momentous events that had occurred.

“The world’s changed and we’ve got to be really careful because we’re all finance geeks who grew up and learnt about the world after WWII. We’ve got to look back further,” he says in the book.

He asks Brake to take half of her team and try to understand the changes in the world, how they need to adapt to the changes and make recommendations. “You’ve got a year,” he says.

The project would take the next 10 months to complete and reshape the fund’s future vision of the world and the investment strategies it would need. One of the key recommendations was that the fund should increase its risk profile as it would otherwise struggle to meet its investment target of four to five per cent above inflation.

The fund is now implementing this new framework and is looking to work the portfolio harder across public markets and private markets, while varying the portfolio through time on dynamic asset allocation.

To listen to the full podcast with Sue Brake, Chief Investment Officer of the Future Fund, please click here.

The Respectful Activist No Reg Guidance on Covenant