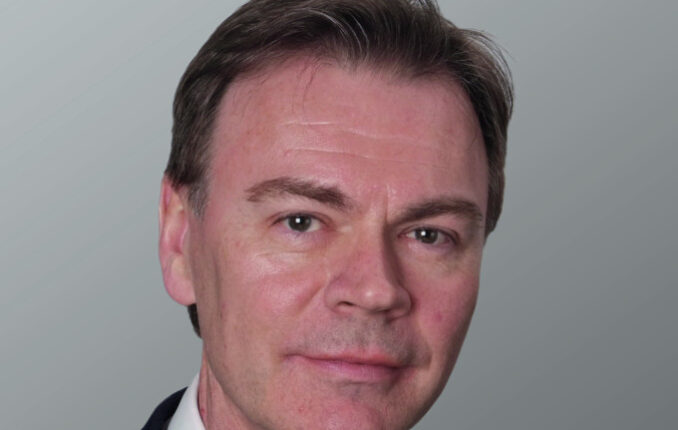 Japan might not have fully recovered yet from the asset bubble burst of the 1980s, but this event provided some valuable lessons, some of which shape the investment decisions of Intermede’s Barry Dargan to this day.

It was 1988 and Barry Dargan was working as an investment analyst at Phillips & Drew – a large stockbroking company in London that was later acquired by the Union Bank of Switzerland – when he received a call. Would he like to work in Tokyo?

The attraction was clear: Japanese stocks were booming and the country had just gone through a major deregulation of its stock market, which made it possible for foreign stockbroking firms to participate in the domestic market.

“I remember I went home and got the atlas out to see if Tokyo was on the east coast or the west coast because I had no idea,” Dargan, Chief Executive Officer and Lead Portfolio Manager for MLC-backed global equity firm Intermede Investment Partners, says in an interview with [i3] Insights.

“I noticed it was on the east coast so there must be beaches and it was near mountains so there must be skiing. It was also a lot further south than London so I thought maybe it has better weather. All those things proved to be true.”

What he didn’t anticipate was that about a year into his new adventure with broking firm James Capel, the Japanese asset bubble burst, sending the local stock market into a tailspin from which it has never quite recovered.

“I went out there in 1988, which was kind of the peak of the bubble era, when stocks were going up and the place was booming and then all of that came to a crashing end,” he says.

“The early ‘90s were a period of big reversals, stock price falls and the place went into a recession that lasted for many, many years.”

If you take the peak of the Nikkei 225 in December ‘89 through to the bottom in 2012, then only 17 of those 225 companies actually gave a positive absolute return over that period. That is a very long period to have negative return

But for Dargan, it wasn’t all doom and gloom. The irrational exuberance of the 1980s made it difficult for analysts to do their job and recommend stocks, since any link to fundamentals was thrown out the door. The crash brought back some sense as to what companies were really worth, Dargan says.

“The first few years were quite frustrating because every stock was going up, but often for very little fundamental reasons. We might be recommending something that had good fundamentals, but it was being outpaced by some steel company that had land in Chiba and that land was being revalued,” he says.

“It didn’t make a lot of sense, but once things went into reverse and we had a much more rational market, fundamentals really mattered.”

One of the key learnings from this period was the value of strong franchises. While many companies struggled to survive, those that still held up well and delivered returns to shareholders typically were franchises with strong brands and good management teams.

“If you take the peak of the Nikkei 225 in December ‘89 through to the bottom in 2012, then only 17 of those 225 companies actually gave a positive absolute return over that period. That is a very long period to have negative return,” Dargan says.

“Now, if you look at which companies are among those 17, then you see those are the ones with the strong franchises, great brands and continuous innovation. From that I learned the value of having this strong franchise and the ability to keep growing through difficult economic times.”

Although franchises have arguably become less dominant in today’s technology-driven world, the main characteristics of these businesses still provide good guidelines as to which companies make good investments over the long term, Dargan argues.

Franchises proved to be robust businesses because they had sustainable competitive advantages that made them hard to compete with. And while in the 1990s these franchises relied heavily on brand names, in today’s technology-driven world the emphasis has shifted towards networks.

“If you look at Google or Facebook – or any of these kinds of companies; there’s a whole bunch of them – then they have developed these networks that are just incredibly hard to compete with. To successfully compete, you have to actually set up your own network and run it at a high cost for probably many years to try and tempt people onto your network,” Dargan says.

Technology is a fast-moving area and disruptors come along and so we're always interested in the next disruptor. In the case of Facebook, TikTok came along and it offered some really quite strong competition for them

TikTok is a good example of this. Although Facebook had already built up a strong network in social messaging and, to a lesser extent, images, it wasn’t the go-to platform for video. And when TikTok rolled out its short video format, Facebook was late to respond.

“Technology is a fast-moving area and disruptors come along and so we’re always interested in the next disruptor. In the case of Facebook, TikTok came along and it offered some really quite strong competition for them.

“It shows the power that once a network is established, it is very difficult to set up something directly competitive.”

Japan didn’t teach Dargan only about the importance of fundamentals and the strength of the franchise model, but it also helped him prepare for the coronavirus pandemic, he says. Although Japan was spared from any direct SARS infections among its population during the outbreak of 2002-04, the proximity to countries in the region that did struggle with SARS gave them a front-row seat on how governments would react to such an event.

“My experience in Japan helped me here because I’d lived through the SARS pandemic in Asia and I saw how consumers reacted and how governments reacted with lockdowns,” Dargan says.

“So when we first started hearing about there being some kind of virus problem in China, in late 2019 and early 2020, we were worried because it had a symptomatic transmission. That’s the thing that made all the difference.”

As global stock markets reached all-time highs in March 2020, Dargan and his team decided to look at the intrinsic value of all of their portfolio companies and see whether in the case of a lockdown-style scenario they would survive.

“We scrubbed the portfolio and looked at the worst-case scenario, where if you’re a consumer-facing business and you lose 80 per cent of your revenues in the first year and 50 per cent in the second as a result of these draconian scenarios, what would happen?”

We scrubbed the portfolio and looked at the worst-case scenario, where if you're a consumer-facing business and you lose 80 per cent of your revenues in the first year and 50 per cent in the second as a result of these draconian scenarios, what would happen?

It turned out most of the portfolio would withstand these scenarios.

“Because the nature of the companies that we own have quite a lot of value in the outer years, the loss of one or two years of profits is not catastrophic for many of them,” Dargan says.

Dargan did sell a few businesses he thought might not survive a prolonged lockdown well, including The Weir Group, which is a manufacturer of slurry pumps for the metals and mining industry and which is very sensitive to fluctuations in the oil price.

“What we were worried about was demand destruction. If you go into a lockdown, then you don’t need as much oil. They were big suppliers to the fracking industry and fracking is very quick to bring on or take out supply,” he says.

Another company they thought would struggle was Welbilt, a supplier of kitchen systems to restaurants. “It is a capex supplier to a cyclical industry that was about to be shut down and they were also about four times net debt to EBITDA (earnings before interest, taxes, depreciation and amortisation) and in terms of leverage. Normally, that wouldn’t be a problem for a company like this, but we didn’t know how long the lockdown scenario would be. We assumed two years,” Dargan says.

Vice versa, as the pandemic unfolded some companies that were set to gain from the forced isolation and new working-from-home arrangements were bid up to new highs. This provided the team with some profit-taking opportunities by underweighting the main winners, including video game makers, food delivery companies and selected healthcare names.

Having sold a number of positions going into the pandemic, the team had built up a keg of dry powder to the tune of five per cent of the assets under management. This then provided them with the ability to buy into stocks they deemed oversold.

Disney is a key example, Dargan says. A key part of its business is amusement parks and the sport channel ESPN. Neither amusement parks nor live sports were on the cards for some time to come and so investors abandoned the stock.

Disney was further weighed down by the fact the company was carrying quite a bit of leverage after the acquisition of 21st Century Fox for US$71.3 billion in 2019.

But Dargan took the view Disney would survive this and the stock would recover.

“They had just spent a lot of money doing an acquisition and so they were levered. We bought that very cheaply and it worked out very well for us,” he says.

Dargan was initially offered a three-year stint in Japan when he joined James Capel in the late 1980s, but he ended up spending 14 years in the country, picking up Japanese through courses at the Keio University.

Although he moved to London in 2003, you can still find the influence of his time in Japan in his investment style, and even the fund’s portfolio.

Intermede owns three Japanese companies out of a total of around 40 stocks in its portfolio, including sensor manufacturer Keyence, chemical and semiconductor silicon producer Shin-Etsu and Toyota Industries, the parent company of carmaker Toyota.

Of the latter company, Dargan says: “It’s not actually Toyota itself; that Toyota was spun out in the 1930s, but it is the world’s largest manufacturer of forklift trucks and warehouse logistic systems. So it’s actually a good business in its own right,” Dargan says.

“The beauty of this company is that the holding that it has in Toyota is worth as much as 80 to 90 per cent of its market cap. So when you do a stripped evaluation of the business, you’re getting the underlying business at an incredibly cheap valuation and we think it’s worth owning in its own right.

“We’re not anticipating that there will be a divestment, but if there ever was, then there would be enormous value released.”

This article is sponsored by Intermede Investment Partners. As such, the sponsor may suggest topics for consideration, but the Investment Innovation Institute [i3] will have final control over the content.

Inflation, Equities and Kryptonite Asset Allocation in Times of Volatility