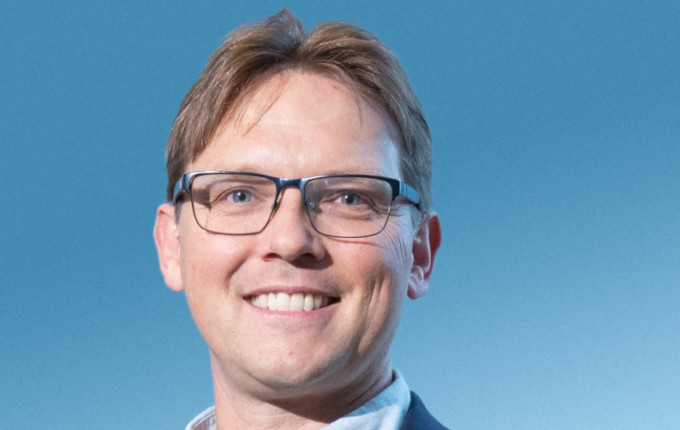 Recent advances in laser technology have brought clean energy generation from nuclear fusion a step closer, Dr Warren McKenzie says. This could have a dramatic impact on energy prices.

For over a century, the prospect of nuclear fusion has been the holy grail of energy generation. Fusion would be able to meet all of the world’s energy needs many times over without all the dangers that nuclear fission brings with it.

If only it would work.

Most attempts to create a nuclear fusion reactor have been based on that bright yellow dot in the sky: the sun.

The process that takes place in the sun is one where hydrogen nuclei are heated to such an extent that they fuse into helium. The difference in mass between hydrogen and helium is what causes energy to be released, according to Einstein’s E=mc2.

Artificial ways of recreating this process involve heating fuels to such a level that the atomic nuclei of the element used as a fuel start to fuse together to form different elements, which causes some of the energy inside the nuclei to be released.

The problem is that the amount of energy needed to heat these fuels is greater than the energy generated, while for some elements it is nearly impossible to reach the required temperatures.

In short, on a net basis the process consumes energy; it doesn’t produce excess energy.

People are now assuming energy prices are going to go up as coal is going to be banned. The cost of living is probably going to take a step back from where it was and, therefore, the quality of life will go backwards. But what if it actually goes the other way?

However, recent advances in laser technology could mean this is all about to change.

Dr Warren McKenzie, Managing Director of HB11 Energy, has been looking into a nuclear fusion process that produces clean energy by fusing hydrogen and a boron isotope, B11, through high-power lasers.

Although the experiment is still very much in a research phase, it has the potential to radically alter the path to clean energy.

“People are now assuming energy prices are going to go up as coal is going to be banned,” Dr McKenzie says in an interview with [i3] Insights.

“The cost of living is probably going to take a step back from where it was and, therefore, the quality of life will go backwards. But what if it actually goes the other way?

“What if the dream of 1 per cent of the cost of energy comes true? There is going to be 10, 15 or 20 years of development into a new energy mix and hopefully that’s going to be largely electricity and hydrogen, where hydrogen will replace oil and gas.

“But what happens if energy becomes very, very cheap?”

Perhaps unknown to many, Australian scientists have played an important role in the field of nuclear fusion. It was Sir Mark Oliphant who was the first person to fuse hydrogen isotopes in a laboratory setting in 1932, and demonstrated fusion of hydrogen and boron 11 in 1933. He went on to become the co-discoverer of tritium and helium-3.

The German-Australian theoretical physicist Professor Heinrich Hora was the first to suggest fusion reactions could be achieved without high temperatures, but by using lasers instead. But in 1978, when Professor Hora put forward this concept, the lasers required to achieve this did not yet exist.

“People assumed that to make the reaction work is just by heating the fuels and so doing what the sun does, basically, using heat and compression. But nuclear physicists realised that the temperatures needed for the hydrogen/boron fusion are far too high,” McKenzie says.

In fact, boron is found alongside lithium. While lithium is used in batteries, boron is sold off cheaply as a byproduct and is used in applications such as the production of glass or ant killers.

But the temperatures required to ignite the reaction between these two elements are more than 100 times higher than that of the sun.

We're absolutely still a research project. We've got to increase the reaction rates dramatically; we need to get another 10,000 times more reaction rates to get to net energy gain. But there are so many avenues to do that, which is what is really exciting about it

However, the method suggested by Hora did away with this obstacle.

“He realised that: ‘Hey, maybe we don’t need temperature. Maybe there is another way.’ He predicted as far back as the 1970s that if you use high-power lasers, then there might be a way of being able to smash atoms together in a different way than just using temperature,” McKenzie says.

“Fusion with temperature is just atoms moving around in random directions, and the higher the temperature the more they move around. Once they get to a certain temperature, they start bashing into each other and get close enough to fuse together.

“What we’re doing is we’re using lasers to, basically, shoot hydrogen in one direction. So it is a fundamentally different approach and [Hora] predicted that there was a way of doing that many, many years ago. As time went on, laser technology developed and some of these high-power lasers have actually demonstrated the hydrogen boron 11 fusion reaction.”

But don’t expect to see nuclear fusion generators pop up in the countryside just yet. The research is still at a stage where more energy is needed to produce a reaction than is generated.

“We’re absolutely still a research project. We’ve got to increase the reaction rates dramatically; we need to get another 10,000 times more reaction rates to get to net energy gain. But there are so many avenues to do that, which is what is really exciting about it,” McKenzie says.

One of the key obstacles is the availability of high-power lasers. The research McKenzie is involved in suggests the use of a laser beam with the power of petawatts. To put that in perspective, the amount of energy contained in 10 petawatts is equivalent to more than a thousand times the power of all the world’s electrical grids combined.

The reason why it can work is that the laser is fired for a miniscule amount of time: one picosecond, or one trillionth of a second.

Unsurprisingly, there are not that many of these lasers around, and none in Australia.

“Laser technology is what has really pushed [the field] along and one of the things I’m campaigning for in Australia is to get at least one of the lasers of the type that we need because there isn’t one. It and means we can’t study it here,” McKenzie says.

Meanwhile, other countries are pushing ahead with the development of these lasers. Scientists at the Shanghai Superintense Ultrafast Laser Facility have plans to build a 100-petawatt laser by 2025, called the Station of Extreme Light. If it becomes operational, it is said it will be powerful enough to produce antimatter directly from the vacuum of space.

“If Australia wants to keep leading this field, then we need a laser in Australia, otherwise all of our experiments, all of our research is going to be overseas,” McKenzie says.

“The commercial imperative is to build a pile of intellectual property and understand how it works. We probably don’t want to be building the reactors, assuming it works, but it is about coming up with the design and selling a package and letting people build things under their own devices.”

Nuclear energy is often associated with deeply impactful disasters, including Chernobyl and, more recently, Fukushima. The idea that it can be a clean form of energy might take some convincing for some people.

McKenzie points out there are key differences between nuclear fission, where atoms are split, and nuclear fusion, where they are joined together. Then within the field of nuclear fission, the reaction of hydrogen with boron 11 has been found to be especially interesting because the process does not create neutrons to the level where they become dangerous.

“We’ve been very careful not to say there is no radioactivity, because there might be some very, very low-level radiation from secondary reactions. But the reaction is completely safe,” McKenzie says.

“It is not like nuclear fission, where you’ve seen that in the Chernobyl miniseries a helicopter flies over the open reactor and it just falls out of the sky because there’s so many neutrons flying out.

But fusion, generally, is a lot safer and with the hydrogen/boron-11 fusion, the reaction itself produces no neutrons. Also, fusion itself can't melt down; you can actually turn it off

“With nuclear fission obviously the neutron production itself means you can’t be anywhere near a reactor. You also need a huge safety infrastructure because neutrons just go through anything. They are the cause of everything harmful we associate with nuclear.

“But also if neutrons touch something else, they make whatever they touch radioactive and that becomes radioactive waste. Coming back to Chernobyl, if you’ve seen the scene where a firefighter picked up the graphite, that graphite has become radioactive because it has been bombarded with so many neutrons.

“But fusion, generally, is a lot safer and with the hydrogen/boron-11 fusion, the reaction itself produces no neutrons. Also, fusion itself can’t melt down; you can actually turn it off.”

Unlike nuclear fission, fusion is also less problematic from a military standpoint, he says.

“The concern that most people have is: Can you make a bomb from it? To the best of my knowledge, I don’t see any way that you could make a bomb from this, which is important because in military circles they call it ‘dual use’, which would make it very difficult to work with these technologies,” he says.

Dr. Warren Mckenzie spoke at the [i3] Asset Allocation Forum, which was held on 1 and 2 February 2022 at the Gibraltar Hotel in Bowral.