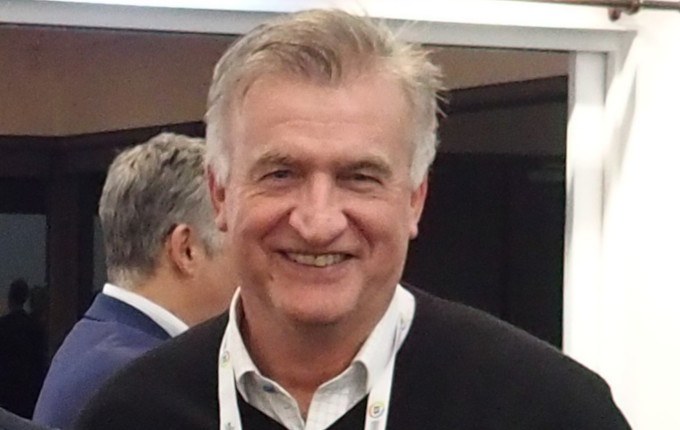 Family office CH Warman established a fund of hedge fund program in 2015, but pulled the plug on it last year as correlations to equities spiked and returns proved lacklustre. We speak to CIO Richard Williams about the experience and some of the key learnings from this program.

When Janet Yellen took office as Chair of the US Federal Reserve in February 2014, there was a general belief at the Fed that the short-term interest rate, which was then zero, would eventually return to its pre-crisis average of 4 per cent (or 2 per cent after inflation).

After all, Yellen took office only a few months after her predecessor, Ben Bernanke, caused the infamous ‘taper tantrum’ by indicating the Fed would wind down some of its quantitative easing measures at some point in the future, resulting in rising bond yields and crashing bond prices.

If this belief in a return to pre-crisis short-term rates was to come to fruition, then it would mean bond rates would rise further, while equities would face a challenging environment in the years to follow.

Faced with this situation, Richard Williams, Chief Investment Officer at CH Warman Group, started to look for assets that would not be correlated with equities and provided a decent long-term return.

“Looking at the overall asset allocation, we were very heavily invested in equities and we also had a constraint about liquidity. We couldn’t invest in anything that had a lot of illiquidity,” Williams says in an interview with [i3] Insights.

We were looking for quite high volatility; we're happy to go with an overall volatility that was greater than equity. But halfway through the whole process we thought: what if we geared the overall portfolio rather than selling out some of our existing assets?

“We had a conversation with one of the senior consultants at Mercer and his comment was that hedge funds could provide a greater-than-equity return over a full cycle. So with that in mind we started exploring hedge funds as an asset class.

“We adjusted our SAA (strategic asset allocation) to have a high content of hedge funds and the thought was: why don’t we look at a number of providers and build a fund-of-fund-type model?”

His team wanted the allocation to alternatives to be able to move the dial in the overall portfolio and ultimately settled on a 35 per cent allocation to hedge funds.

“We had been investing in hedge funds prior to this directly, but because we’re looking at quite a meaningful allocation, we thought let’s look at a fund-of-fund model,” he says.

“We were building the fund with Mercer and they took an approach of having different elements within the funds, including multi-strategy, global macro, long short and then some catastrophe bonds.

“We were looking for quite high volatility; we’re happy to go with an overall volatility that was greater than equity. But halfway through the whole process we thought: what if we geared the overall portfolio rather than selling out some of our existing assets?

“But if we increased the debt, then we needed to actually drop the volatility. So we struck a 6 to 7 per cent volatility target.

Spanner in the Works

But as it turned out, interest rates never went up by much; instead they continued to go down. Meanwhile, Yellen revealed herself to be a driving force behind a rethink at the Fed about the level of the neutral rate.

This development threw a spanner in the works for Williams’ allocation to alternatives.

“In the first year [of our alternative allocation] we lost a couple of per cent, while the next year we made a few per cent,” he says.

“We went from small gains to small losses all the way through until we got to COVID in February last year, when the overall [alternatives] fund correlated to equities almost one to one.

“In the March drawdown, the fund actually drew down almost 10 per cent in total. Nine of the 11 strategies in the fund lost money and one of those that was positive was positive 1 per cent. So if you looked at the overall objectives, it started with a fail on just about all counts.”

The team pulled the pin on the fund of hedge fund in April last year, after correlations to equities spiked.

“We sold that down throughout 2020 and we’ve still got some side pockets that are yet to be liquidated from that program. We still run a few hedge funds, but we’re running it from the point of view of tail protection and to have a pool of liquid alternatives to provide just another source of liquidity,” Williams says.

We went from small gains to small losses all the way through until we got to COVID in February last year, when the overall [alternatives] fund correlated to equities almost one to one

Luckily for Williams and his team, the rest of the portfolio did extremely well over the period, in particular the equities allocations, while the fund’s direct holdings to hedge funds also held up well. And so the overall fund was still able to produce a return of over 35 per cent a year over the period.

“We’ve had tremendous success in the equities part of the portfolio so we continue to be a high tax payer,” Williams says.

The team now runs the overall portfolio at a gearing level of 5 to 6 per cent.

“Our returns were in excess of 35 per cent overall for the portfolio and having that gearing in the portfolio obviously drove some of that,” Williams says.

“Our overall target is to have positive returns over the full cycle and running debt is obviously going to be positive in that sense as long as the interest costs are down.

“At the moment with interest rates where they are, clearly it’s a very positive thing for the portfolio.”

Since the start of the fund of hedge fund program in 2015, the fund has grown substantially, while the liabilities have not. As a result, the fund is now able to take on more illiquidity than it could six years ago.

This has allowed Williams and his team to direct a significant slice of the fund to private equity.

“We’ve changed our liquidity profile so that we can invest in more illiquid asset classes,” he says. “We are now building up the PE program and so we’re currently at 20 per cent and we’re building that to 25 per cent.”

The program started initially with an allocation to Baillie Gifford, which made an offer to the team to invest a portion of its public equities mandate into private markets. Since then, the fund has added MLC, Neuberger Berman and helped seed a small upcoming private equity group in Australia called Whiteoak.

We've changed our liquidity profile so that we can invest in more illiquid asset classes,” he says. “We are now building up the PE program and so we're currently at 20 per cent and we're building that to 25 per cent

“We are still continuing to build out the private equity program and it has been a bit piecemeal,” Williams says. “I suppose the way we’ve done it today is by moving into strategies that we quite like. For example, Neuberger Berman put together a pre-IPO fund last year and that had some quite attractive elements to it.

“It was an area where we’d been funding another group in Australia, Regal Funds Management, for many years and we’ve done extremely well with that group.

“It is interesting, the money Neuberger got away is already coming back with very large returns, so we’re quite pleased with that strategy.

“I suppose the market has been running red hot on these US IPOs and companies are coming to market earlier than planned. These companies are receiving pricing that was never envisaged last year.”

Williams is not planning to allocate anything to fixed income in the coming years, considering where interest rates are at the moment.

“It is very hard to be running bonds in your portfolio at these levels and I suppose central banks seem very committed to running low interest rates for many years. You would have to think that equity is the main game in town for some years to come,” he says.