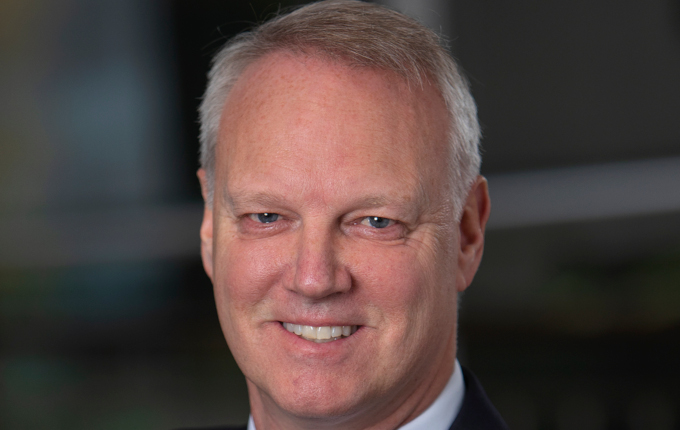 Since the launch of BlackRock’s Long Term Private Capital in 2019, the team has made a series of key investments. We caught up with André Bourbonnais to talk about the investment strategy and what his definition of long term investing is.

Long term investor and growth pioneer Philip Fisher has been quoted as saying that the best time to sell an asset is ‘almost never’.

It is a sentiment that André Bourbonnais, Global Head of Long Term Private Capital at BlackRock, can relate to.

“Asset selection is the most important part of the investment process, but I would agree with that statement,” Bourbonnais says in an interview with [i3] Insights.

But while he certainly has the ability to never sell an asset under the mandate of the Long Term Private Capital (LTPC) strategy, it is not a specific aim of the team.

“It means we have the flexibility to hold an asset forever, but it doesn’t mean we will. It is called long term capital, not forever capital,” he quips.

We have the flexibility to hold an asset forever, but it doesn’t mean we will. It is called long term capital, not forever capital

There can be many reasons to sell a company, Bourbonnais says. If you hold a company long enough, you might get offers from external parties that are simply too good to pass over. Another reason might be that a company performs above expectations and becomes too big for the portfolio, or its growth potential is close to fully realised.

But the decision to sell will always be based on company specific reasons and not on fund-related drivers, such as the need to raise capital for a new fund or the crystallisation of carry.

So what then is the long term in this context?

Where the typical private equity company tends to sell assets after four years, Bourbonnais expects holding periods of at least double that.

“Seven to eight years is the trigger where the compounding has the maximum impact,” Bourbonnais says. “That doesn’t mean that we will sell out of everything after seven years, but it is a sensible average,” he says.

Bourbonnais was originally trained as a lawyer and few people know that one of his earlier roles was as Chief Legal Officer at Cirque du Soleil, one of the largest theatrical producers in the world and which gained fame for putting on a circus show without the use of animals.

“I loved the product, but the role wasn’t for me,” he says of that time.

It wasn’t long after that Bourbonnais started his extensive investment career that saw him take on senior executive roles at some of the top pension funds in Canada.

Before joining BlackRock in 2018, he was Chief Executive Officer (CEO) and Chief Investment Officer of PSP Investments, the Montreal-based Canadian public pension fund, which now manages more than CAN$ 200 billion.

Prior to that he was Senior Managing Director and Global Head of Private Investments at the Canada Pension Plan Investment Board (CPPIB), while he also worked as a senior investor at Caisse de Dépôt et Placement du Québec (CDPQ).

As such, he knows a thing or two about the Canadian model.

“The Canadian model is an example of good governance. Even though they were government organisations, they were managed as if they were commercial entities and [the government] made sure that we really were independent from them,” he says. “I don’t think I’ve ever received a call [from the government] that was related to investments.”

So when former CPPIB colleague Mark Wiseman and BlackRock Chairman and CEO Larry Fink asked Bourbonnais to join the fund, it was important to him that there was a robust governance model in place around the new private equity business and that there was alignment with asset owner interests.

The Canadian model is an example of good governance. Even though they were government organisations, they were managed as if they were commercial entities and [the government] made sure that we really were independent from them

“I wasn’t going to do just another 2 and 20 fund,” he says. “As a former client, I am very aware of the importance of having a more equitable distribution of alpha.”

“Initially, as an allocator, when you look at private equity management fees, the management fee was there to cover the operating costs of the firm. But as the funds grew 10, 20, or even 30 times, the fees charged were not reduced by the same factor.”

“So we went back to the roots of private equity, when the management fee was really designed to cover the operating expenses. What LTPC has put in place is a fixed budget approach that is based on the underlying demands of the business rather than asset growth,” he says.

This means that as the fund grows bigger, this will translate into a real basis point benefit for the limited partners.
Leverage

Private equity firms are sometimes accused of simply cutting costs aggressively, while burdening a company with high levels of debt in order to generate the 20 per cent plus returns they are expected to make.

But while Bourbonnais is targeting similar returns, he says this is certainly not the way his team goes about their investments. “We want to make sure that we are not stressing the company,” he says. “Cutting costs itself is not a strategy. It’s about finding synergies and opportunities for growth.”

“Yes, we use leverage. In every transaction we always have leverage, but never the maximum, especially not in this market. This is what allows us to build resiliency at the portfolio level and be nimble when it comes to dry powder for acquisitions at the portfolio company level,” he says.

“Six times seems to be the number that everyone is referring to, but we are more often than not at four to four and a half times leverage. Occasionally, when an acquisition is transformational we can go to six times, but even then we don’t intend to stay at six times for very long,” he says.

At the current low interest rates, there is a real risk of taking on too much debt. Bourbonnais has seen on multiple occasions that some private equity investors rely on the current interest rates to outbid competitors.

“We have been in positions where there are people who are willing to go to the max and we are not willing to do that,” he says. “But not all situations are like that. We have invested in situations where it was a family business and they didn’t want to have those very aggressive growth assumptions in the base case. They wanted a long term, stable partner.”

We have been in positions where there are people who are willing to go to the max [in leverage] and we are not willing to do that. But not all situations are like that. We have invested in situations where it was a family business and they didn’t want to have those very aggressive growth assumptions in the base case. They wanted a long term, stable partner

“So when we win transactions it is in those situations where we bring something different to the table either because of our structure, our approach or BlackRock’s brand; we are unlikely to win in a process where there are 17 bidders,” he says.

An example of this was BlackRock’s acquisition of a majority stake in Creed, a European luxury fragrance company, last year. This family business was led by master perfumer Olivier Creed and he looked to take the company to the next phase of its growth, looking out 10 to 15 years into the future, not just five years or less.

Asked what constitutes the ideal company for the portfolio, Bourbonnais says it is these types of family-owned businesses that are one of the key focus areas.

“We typically invest in three types of companies: founder-led or family-owned companies, sponsor-owned companies, and corporate divestitures,” he says. “And of course, they need to be well managed. We like businesses that are asset light, have good cash flows and good margins,” he says.

BlackRock LTPC’s first investment was the acquisition of a US$875 million stake in Authentic Brands Group in August 2019.

Financial details of these transactions have not been disclosed.

From the asset scale standpoint, BlackRock LTPC announced that it raised $3.44 billion in late 2020. “I think raising $3.4 billion for a first-time fund is an achievement that has allowed us to implement our strategy and prove our thesis.”

Ultimately, Bourbonnais expects the portfolio to consist of 10 to 15 companies, mostly control positions with equity checks in the US$500+ million range. He expects most of the deals to be in the healthcare, technology, financial and business services, industrials or consumer sectors.

Outlook for the Long Term

Bourbonnais has spent more than 30 years in the private markets industry and he has seen a number of substantial changes. Some have been slower to arrive than others.

For example, while the desire to hold companies for longer has been top of mind for Bourbonnais throughout his career in the Canadian pension plan community, the market recognition of the value of doing so came much later.

He highlights the benefits for both investors looking to achieve compounded returns with less friction costs and companies that want a longer-term partner to help drive value creation. Today, as we look at some of the key trends in private equity, GPs are recognising this benefit through a variety of structures.

In the pension plan world this has been difficult to achieve directly, although many are starting to build out their own direct investing capabilities. Bourbonnais recalls that similar to other pension plans, he was always “long cash, short human capital.”

When asked about advice for CIOs, Bourbonnais recalls that too often he saw a great opportunity passed up because it didn’t fit squarely in a specific bucket. “It is important to leave room for innovation in your portfolio,” he says.