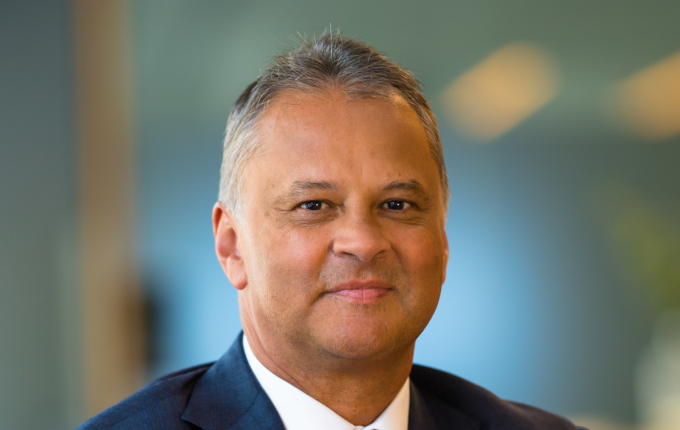 Institutional investors are increasingly stepping up their efforts to understand the risks climate change poses to their portfolios.

But to put a definite price on the various climate risks is still proving to be a difficult exercise.

New Zealand Super finalised a research project recently that aimed to incorporate climate change into its valuation methodology, but found some assets were more clearly impacted than others, while second and third-order effects were nearly impossible to quantify.

Unisuper has taken the approach of using a shadow carbon price to give it a sense of its exposures to climate risks and the fund is currently in the midst of implementing the framework.

Last month, Unisuper published a report, titled “Climate risk and our investments”, which gives an insight into the progress of this framework.

John Pearce, Chief Investment Officer of the $100 billion fund, says there are still many obstacles to getting a clear picture of how climate risks affect investment valuations, partly because there is a lack of data on greenhouse gas profiles, while the data that is available is inconsistent.

It is pretty dangerous to turn this into an exact science. At the end of the day, there are so many unknown unknowns with this, so the best thing we can do is to get a sense of relativities and where the pressure points are

“It is pretty dangerous to turn this into an exact science,” he says in an interview with [i3] Insights.

“At the end of the day, there are so many unknown unknowns with this, so the best thing we can do is to get a sense of relativities and where the pressure points are.”

Unisuper uses a shadow carbon price of US$50 per tonne and although it doesn’t believe a carbon price will be introduced in Australia anytime soon, the framework helps the fund better understand the risks in its portfolio.

“Where companies report their emissions, you take their emissions and extrapolate that into the future. We are using a shadow carbon price of US$50 imposed on 2025.

“We can easily tweak that to US$100 and change the date to 2028, but you’ll find that a company that is generally worse off under US50 bucks is also worse off under US$100. So we are trying to get a gauge on relativities,” Pearce says.

The shadow carbon price helps the investment team classify stocks in one of three categories: low, medium or high risk.

“What we are trying to do is categorise companies between low, medium and high risk in terms of … if indeed we had a carbon price, then which companies are most exposed in terms of their valuation?” Pearce says.

“What you are basically working on is the thesis that those companies that are most exposed will see a general rise in the cost of capital. It is a cost of capital signalling.

“Then the question is by how much? If you look at the market and take a company like Horizon or AGL and you look at the valuation of these companies, then you can see the discount that their earnings multiples are trading on relative to the broader market.

“You see that the cost of capital is already rising. So it is sending us a signal that: ‘Look, expect these companies to have a higher cost of capital, rising over time, and make sure that your portfolio is underweight.’”

Unisuper uses three bands to inform what level of underweight the team should have on a stock. For the low category it is 0 to 5 per cent, for medium it is 5 to 15 per cent and for high it is above 15 per cent.

But often an underweight position is not solely based on emissions, Pearce says.

There are a whole lot of reasons that go into an overweight or underweight [decision], so it won’t be emissions per se

“There are a whole lot of reasons that go into an overweight or underweight [decision], so it won’t be emissions per se,” he says.

“Take for example Tesla. If you want to reduce the emissions of your portfolio, then you sell Tesla. Not only is Tesla a heavy emitter, but it doesn’t even do full disclosure of its scope I and scope II. Can you believe that?

“But intuitively we know that EV (electrical vehicle) companies are precisely the sort of companies that we need to get us to net zero by 2050. So you would never underweight Tesla just because they are a heavy emitter.”

The portfolio companies that are rated high under the shadow carbon price framework include AGL, Orica, Origin, Qantas and South32. But Unisuper is already underweight these companies.

A more tangible outcome of the framework is that Unisuper has opposed the development of a coal reserve held by Leichhardt Coal in north-west Queensland.

“We own 15 per cent of an undeveloped coal reserve. That is a legacy investment, I inherited it and I have been here for 11 years so it has been in the books for many years, but I didn’t go out to buy a coalmine,” Pearce says.

“It is a massive coal reserve in north-east Queensland, but based on the economics, it is a very marginal development. Once you start applying a shadow carbon price to it, it just doesn’t add up at all. That is why we very publicly said: ‘We oppose any development of this.’”

He says the investment in Leichhardt is mostly written off as a result of the shadow carbon price framework.

“So, it is more than just an academic exercise,” he says.

The report also assesses how well the top 50 Australian listed companies do on disclosing their emissions and whether they have set targets for reducing emissions. It uses a traffic light methodology to indicate whether they meet Unisuper’s expectations for Paris-aligned targets.

Only three companies received a red light: Aristocrat, CSL and Qube. “While most of these companies aren’t high emitters and have clear pathways to decarbonisation, it’s disappointing they have been slow in the adoption of emission reduction targets,” the fund writes in its report.

The fact CSL received a red light is perhaps a surprise.

“It probably shocks people, because you can’t imagine a company with more scientists in it, but CSL is saving the world at the moment,” Pearce says.

“They are quite heavily involved with vaccine development, but they’ll probably have something [on emissions] in 2022.”

There are also seven companies that have received an amber light, including the company that runs the stock market itself: the ASX.

“The ASX had a change of Chair and in the first meeting that I had with the Chair we made it very clear that this stuff is important to us,” Pearce says.

“We recognise that the ASX is not a heavy emitter, but that is beside the point. The point is that we want to see all leading companies committing to disclose all of their emissions and demonstrate alignment with the Paris agreement, whether you are a low emitter or a high emitter.

“But the new Chairman, Damian Roche, he absolutely got it. He said: ‘You’ll see something this year.’”

The ASX has since come out with emission targets and aims to be carbon neutral not only by 2050, but by 2025. Unfortunately, the company missed the cut-off for the publication of Unisuper’s report by a week.

The traffic light system doesn’t only inform Unisuper members as to how the investment team assesses the various companies, but it also has a signalling function to let companies know they are on notice.

“We restrict it to the big, top 50 Australian companies because we engage with all of them and do so personally,” Pearce says.

“So on one hand it is a scorecard and on the other it is signalling. We are very proactive with the companies and so those with a red traffic light were given a heads-up [ahead of publication].”

Although there is a clear trend towards renewable energy and away from fossil fuels, critics have pointed out that even by 2050 fossil fuels will make up a significant part of energy consumption.

The US Energy Information Administration expects fossil fuels will still account for as much as 70 per cent of global energy consumption by 2050, partly driven by an increase in demand for energy as emerging markets continue to develop.

Asked if there is a danger of moving too fast on fossil fuels when looking purely from an investment perspective, Pearce says this certainly is a risk.

“Fossil fuels are going to be around under any scenario in 2050, but there is no way in the world that you can get any agreement on what percentage,” he says.

“So there is a risk for a fund that looks at relative performance that these things are going to be around for a lot longer than you expect and, therefore, if you see a massive rally in energy prices, then you could be underweight this sector and underperform. That is definitely a risk.

And in some cases, new renewable energy projects even stack up better against already installed fossil fuel generators.

“So we have always systematically underestimated that and we are currently underestimating battery technology. So on the balance of probabilities, you are still better off to be underweight than overweight,” Pearce says.

“And that is the best you can do as an investment manager. At the end of the day, you’re making an assessment on probabilities and on the balance of probabilities you are better off underweight.”

It is this consideration that has driven Unisuper’s efforts in reducing exposure to fossil fuel assets, in particular those companies the fund believes will struggle to make the transition to a low-carbon economy.

“We’ve had a large reduction in our holdings in Woodside [Petroleum]. It has become clear that Woodside is going to become a very, very large fossil fuel player,” Pearce says.

“They’ve taken on BHP’s oil and gas assets. So it is becoming increasingly difficult to see Woodside making that transition.

“There are a couple of other companies: some Canadian pipeline companies that are involved with tar sands and finding it difficult to make that transition. They are the ones that we end up divesting. But it is not a case of just divesting everything, because some of them will make the transition.

“We’ve got the ones that we’re worried about down to such low levels that it is going to have an inconsequential impact on the portfolio regardless.”

Looking for Growth IOOF and the Four Buckets of Opportunities