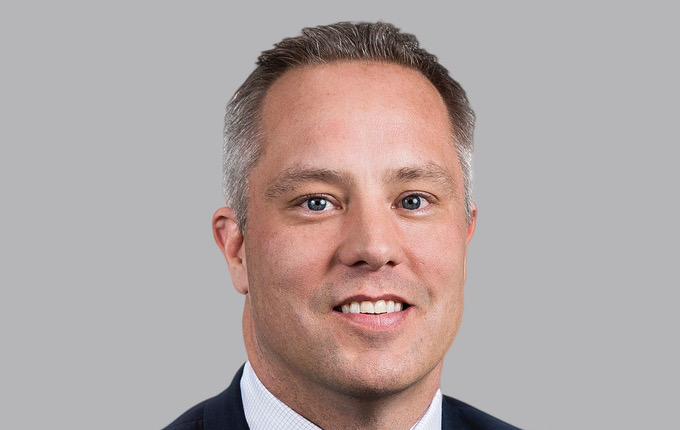 The coronavirus pandemic has had a significant impact on infrastructure assets, both positive and negative. Florence Chong speaks with the Future Fund’s James Fraser-Smith about the effects on airports, data centres and renewable assets.

The global Black Swan of public health – COVID-19 – was just weeks away when Australia’s sovereign wealth fund, the Future Fund, made its first foray into data centres.

Future Fund bought a 24.1 per cent stake in Canberra Data Centres (CDC) for an undisclosed amount.

With the Australian economy going into lockdown, everything that could be migrated online – schools, business and retail – went digital. For the Future Fund, perfect timing.

In retrospect, just as fortuitous was a decision by Future Fund in December 2018 to sell its investment in Gatwick Airport, on the outskirts of London.

The sale reached financial close towards the end of 2019 – in time to avert airport closures when COVID-19 started to close borders and restrict air travel.

Airports, more than any other infrastructure asset, have borne the brunt of the global pandemic. So was it good luck or well-honed investment instinct that favoured the Future Fund?

“I would love to say that we forecast COVID and exited in time, but really, there was a bit of luck involved as well,” James Fraser-Smith,  Head of Unlisted Infrastructure and Timberland at the Future Fund, told [i3] Insights.

“We bought into Gatwick 10 years ago (in 2010 for $200 million) and it performed really well. We received great returns as the airport grew, benefitting from the growth of low-cost carriers into Europe.”

Of exit timing, he says: “For most of our assets, we are always thinking about when a good time to exit might be, and at what price we will exit. With Gatwick, a logical time was when our manager and co-investor, Global Infrastructure Partners (GIP), was exiting.

“We had a minority stake, so we expected to maximise our exit valuation by tagging along if GIP was undertaking a large-scale sale.

“In that process, we were offered the opportunity to roll over into a new vehicle with our stake, but at that time we thought about the valuation, and that airports were very much in demand, and it was the right time to exit.”

GIP sold the combined 49 per cent stake in Gatwick, the UK’s second-busiest airport, to the French operator Vinci Airports, for £2.9 billion.

A Tale of Two Sectors: Data Centres and Airports

Fraser-Smith sums up the impact of the pandemic on his portfolio, valued at $11.4 billion (including timberland) at June 30, 2020, as follows:

“It is a tale of two types of sectors,” he says. “Some of our sectors have performed very well, and been beneficiaries of the pandemic.

“Take our data centres. With demand for data soaring because of working-from-home, adoption of online meetings platforms like Microsoft Teams and Zoom, and everything going online, demand for data storage on the cloud increases.

“COVID-19 has been really positive for digital infrastructure – investment in this sector has enjoyed significant growth.”

In June, Future Fund formed a consortium with Sunsuper and Commonwealth Superannuation Corporation to buy a 49 per cent stake in Telstra InfraCo, which owns around 8,200 telecom towers around Australia for 2.8 billion.

It is understood that Future Fund has a 50 per cent stake in the consortium and Sunsuper and CSC has a 25 per cent interest each.

Raphael Arndt, CEO of the Future Fund, said at the time of acquisition the investment further strengthens the fund’s exposure to digital infrastructure and the long-term thematic of data growth. Arndt spoke of the long-term growth potential and defensive cash flow profile of the investment.

The Future Fund is invested through Morgan Stanley in telecommunications in the US and Europe. Morgan Stanley was part of a consortium that paid €200 million ($315m) for a 25 per cent stake in Altice Europe’s Portuguese unit, Meo, in January 2020.

Morgan Stanley Infrastructure Partners also acquired a 49.99 per cent stake in the Lightpath fibre enterprise business in the US for around US$2.3 billion ($2.97 bn) last July.

But, says Fraser-Smith, in its exposure to Melbourne and Perth airports, Future Fund shares the pain of the collapse in air travel.

“It has been an interesting period in which to sit on the board of Melbourne Airport. I have seen how challenging the past 12 months has been for the aviation sector.

“With Australia’s national borders shutting down, and domestic borders shut down for most of last year, passenger numbers fell off the cliff.

“You have to start thinking about solvency, liquidity management, reviewing the timing of capital projects and optimizing operations in the face of reduced demand,” he tells [i3] Insights.

“Luckily, Melbourne Airport has very strong supportive shareholders. We didn’t have to put additional equity in, because management worked well to focus on reducing operational costs and had plenty of liquidity through existing cash and debt facility lines.

“With the borders re-opening again, there is a lot of pent-up demand for interstate travel – because people can’t travel overseas. Pleasingly, passenger recovery is coming back quicker than we expected.

“For example, for April we have reached around 65 per cent of pre-COVID passenger numbers for domestic only. International business remains close to zero.

The pandemic has brought home that there is this innate risk that is beyond your control, particularly regarding health issues and the pandemics.

Asked if he will now reassess the risks in airport investment, Fraser-Smith says: “The pandemic has brought home that there is this innate risk that is beyond your control, particularly regarding health issues and the pandemics.”

For many years, he adds, airports were considered core assets with very low risk.

Compared to Melbourne Airport, it has been business as usual at the Port of Melbourne. Future Fund is part of the Lonsdale consortium, which in 2016 paid $9.7 billion for a 50-year lease on the port.

“We thought at the start of the pandemic that there could be some challenges,” Fraser-Smith says.

“Although the Port felt the impact of the pandemic initially, volumes have now returned to pre-COVID levels, with demand from Victorian consumers and export volumes proving resilient.

As a general comment, Fraser-Smith is attracted to assets like data centres and communications, given the investment thesis around them.

“They are well-supported and have long-term growth potential,” he says. “The challenge for us is that other people also realise the attractiveness of these assets, so when they come to market they are quite competitively bid. We have to be opportunistic in our approach.”

One asset class that is highly competitively bid is renewables.

“We had to put in a revised offer, and negotiate additional protection in the scheme implementation agreement, which means the Tilt board cannot entertain any future proposals,” says Fraser-Smith.

“We expect to reach financial close in July or August this year, subject to shareholder approval.”

While the Future Fund does not have any particular negative screen on investments, its infrastructure team works in tandem with its internal ESG team to understand risks, particularly around ESG factors.

We are not prevented from owning coal-fired assets, for example. But what I would say is that if we do our due diligence properly with our ESG team to understand potential risk. We find that the introduction of a material carbon price presents a risk, and it is becoming increasingly hard to price such risk.

“We are not prevented from owning coal-fired assets, for example,” Fraser-Smith says.

“But what I would say is that if we do our due diligence properly with our ESG team to understand potential risk. We find that the introduction of a material carbon price presents a risk, and it is becoming increasingly hard to price such risk.”

Of hydrogen, he says risk is a bit harder to assess. “It is an earlier-stage technology. I can say we are interested, and doing our research.

“In the not-distant future, hydrogen might become a large investable sector. Tilt Renewables gives us a large platform from which to be able to participate in future green investment.”

The Future Fund was seeded with A$60.5 million from the Federal Government in 2006. With 9.2 per cent average annual growth against a target 0f 8.1 per cent, it has grown into a $179 billion fund.

Fraser-Smith says that, unlike industry super funds – which have set allocations on infrastructure – Future Fund works on a whole-of-fund approach. It invests where it can get the best risk-adjusted returns.

He sees a three-fold role for infrastructure – defence against risk assets, diversification from other assets, and inflation protection.

“We hope our infrastructure investment gives us significant inflation protection,” he says. “This is important to us, given that few benchmark our returns against CPI.”

Future Fund’s infrastructure team has a hybrid approach. It takes large positions in investment, primarily in Australia, and would take a board seat and hold 20-30 per cent of the business, as it does with Melbourne Airport and Port of Melbourne, Fraser-Smith says.

“When we invest offshore, given that we are not located in those regions, we generally commit to the pooled funds of our preferred managers,” he says.

“In tandem with that, given that we are a significant size investor, we want to be one of the largest investors in the pool, and we are able to access co-investment opportunity as well.”

Today, around 50 per cent of Future Fund infrastructure assets are located in Australia.

“Our relative preference is to buy Australian dollar-denominated assets for a number of reasons,” Fraser-Smith says. “We don’t need to put hedging in place, and that is quite good for our liquidity management.

“Generally, we would expect Australian assets to be more highly correlated to our Australian CPI-plus benchmark. As a large local investor, Future Fund is perceived as a strong consortium partner, which can bring a competitive advantage in domestic transactions.”