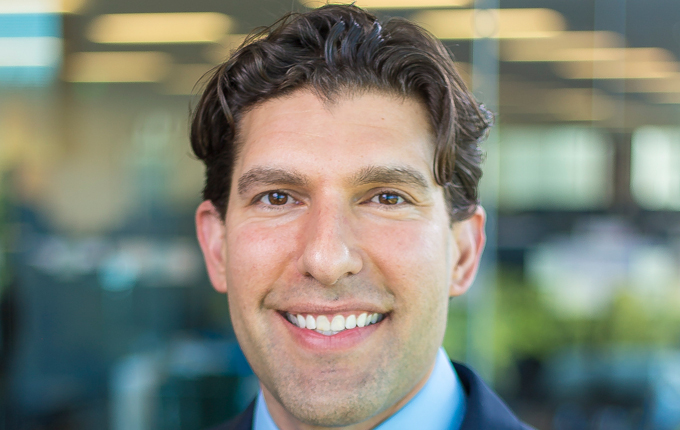 Positive economic data coming out of the US has led many investors to switch to a risk-on mindset, but the data has been inflated by a burst of activity following the widespread easing of pandemic restrictions. The reality is that we are still late cycle, according to Fisher Investments.

‘Lockdown’ is a word that will be synonymous with the year 2020 for many decades to come, but as vaccination programs gather steam, resulting in lower numbers of serious COVID-19 cases and hence intensive care unit admissions, many countries have started a gradual lifting of pandemic restrictions.

This in turn has caused a resurgence in economic activity, which is starting to filter through in economic data and leading indicators.

But economic growth is not as systemically vibrant as people believe, Michael Hanson, Senior Vice President of Research at Fisher Investments, says in an interview with [i3] Insights.

“We believe the economic numbers are going to look good, showing strong growth compared to last year. The question, though, for an investor in valuing stocks is how far out into the future do you expect such growth to be sustained?” Hanson says.

We believe the economic numbers are going to look good, showing strong growth compared to last year. The question, though, for an investor in valuing stocks is how far out into the future do you expect such growth to be sustained

“Well, I would make the argument that about this time next year comparables are not only going to start looking different, but also that they’re going to be quite difficult. There is this burst of economic activity in the front half of this year, but how are economies going to surpass that on a year-over-year basis, a year from now?

“People are talking about valuations very far into the future based on current growth and I think investors at some point are probably going to realise this. I don’t think that means the end of the bull market, but I think what it means is that valuing economically cyclical-type stocks doing well based on the current, inflated growth numbers far out into the future is simply not realistic.”

He argues that from a behavioural finance point of view, there are a number of investors who have embraced optimistic long-term narratives for companies that may or may not play out.

But what is almost certain is that these companies will still be subjected to normal economic cycles and will see periods of drawback, he says.

“What we have is something that looks a lot more like speculation. Investors appear to be buying into narratives that have to do with very good futures, looking out years ahead and not worrying so much about the difficulties of today. And it is this way of thinking about the future, that type of behavioural mindset, that you see in the late stages [of an economic cycle],” he says.

“Particularly here in the United States, there is not just the willingness to take on risks of investing in companies, but also [the rise of] novel things like NFTs (non-fungible tokens) and SPACs (special purpose acquisition companies) all speak to a greater willingness to speculate. That is not what you see in an early cycle; it is quintessentially late-cycle behaviour.”

He points to evidence during the dotcom bubble, when many start-up companies were bid up to sky-high prices based on very long-term predictions, and despite the fact some of them are now market leaders, many others either failed outright or failed to meet those lofty expectations, with catastrophic effects on their share prices.

“If you take the experience of past tech booms, past growth-led booms, often the leaders are tremendous companies, but even their valuations can go far ahead of the reality of their earnings for a while,” he says.

“Some of today’s large tech companies were truly high-fliers 20 years ago and got caught up in the same bear market as everyone else. Although 20 years later – not two years later – they fulfilled that destiny. It is okay to have the idea of long-term growth, but don’t let go of the idea that cycles still play themselves out. As an investor you should know where you are in a cycle.”

Some tech companies today might seem overpriced, not in the least because of an almost cultish belief in long-term narratives around future change, but this doesn’t mean all large technology companies are in the same boat or that these companies may ultimately achieve their perceived destiny.

In fact, Hanson points out many large technology companies are robust businesses and their valuations aren’t anywhere near bubble levels.

“Large tech company valuations are nothing like where the tech stocks were 20-plus years ago in the tech boom in the late nineties. These are companies that are flush with cash, they’re paying dividends and they’re doing share buybacks. They’re taking on debt simply to structure their balance sheet appropriately, because they can issue debt so cheaply. These are tremendously stable companies that will continue to grow because they’re in areas that the world demands and they’re currently the leaders,” he says.

What you should favour in an environment like this are the kinds of companies that still have clearly tangible earnings and businesses that will continue to grow and also have great balance sheets. A lot of today's big tech companies really do have that

He expects the current environment to continue to favour growth over value stocks and he suspects value-style investing needs adapting in order to remain relevant amid the changes that have taken place on many levels in global economies.

“For many companies, price-to-book ratios certainly don’t make a lot of sense anymore [as an alpha-generating source of information], particularly with an economy that has so much intellectual or intangible capital,” he says.

“What you should favour in an environment like this are the kinds of companies that still have clearly tangible earnings and businesses that will continue to grow and also have great balance sheets. A lot of today’s big tech companies really do have that.

“What you want to avoid is those purely speculative [companies], where you go lower in quality, whether it is the balance sheet or the lower-quality types of businesses that simply haven’t started generating cash yet.”

Hanson believes we are still in a late economic cycle environment, but it is unclear when this will change as economic cycles have become longer under the current regime of quantitative easing programs.

“We have been saying that it is late cycle since about 2016; that’s a very long [period of] late cycle,” he says.

“Our observation is that economic cycles have trended longer and this one started around 2008-2009 globally. Certainly, central bank interventions, including quantitative easing, have this feature to them that they do promote stability because they certainly do help the banks stabilise themselves, but by the very same token central bank interventions like quantitative easing create tamped-down economies that crawl along.

“So instead of just getting a regular economic cycle where you get better growth, especially towards the end, we’ve just had these longer cycles that just take a little longer to grind themselves out.”

A bear market is certainly still on the cards, he says, but considering the lack of excessive leverage or systemic economic issues, it might not feel as such.

There are such things as sentiment-led bear markets where you either don't have a recession or it is a very shallow recession. This happened several times in the sixties and it also happened in the early nineties on a global basis. You had bear markets even though the economy didn’t crash

“There are such things as sentiment-led bear markets where you either don’t have a recession or it is a very shallow recession. This happened several times in the sixties and it also happened in the early nineties on a global basis. You had bear markets even though the economy didn’t crash. Investor enthusiasm and share supply back then simply started outweighing demand,” he says.

“While we at Fisher Investments remain vigilant for future bear markets and volatility, we continue to be bullish right now and see lots of reasons for measured optimism ahead.”

This article is paid for by Fisher Investments. As such, the sponsor may suggest topics for consideration, but the Investment Innovation Institute [i3] will have final control over the content.