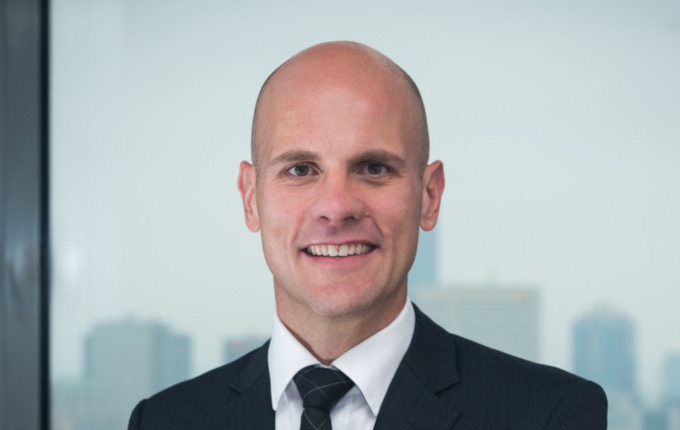 The Energy Transition offers much more than investing just in renewable energy, AustralianSuper says. And with the Green New Deal taking off in the US, the fund is now forging ahead with establishing a New York office to capitalise on these opportunities.

As the energy transition from fossil fuel to green and sustainable sources gains momentum, many large asset owners are coming aboard to invest infrastructure assets.

AustralianSuper, one of Australia’s largest superannuation fund, is no exception.

“Many infrastructure investors are looking to the thematic that is the transition to cleaner energy sources,” Nik Kemp, Head of Infrastructure at AustralianSuper, says. “Energy transition is happening, and I think it is going to be a key theme for the next few years.”

In terms of green energy, traditionally the first thought goes to renewables: wind and solar farms.

“But”, Kemp says, “it is going to be much more than renewables. It is going to be hydrogen, battery storage and all sorts of opportunities that five or 10 years ago we weren’t talking about at a scale that infrastructure investors would look at.”

He told [i3] Insights: “Renewables are very expensive everywhere in the world at the moment. But the energy transition story doesn’t stop with renewables.

“We have an investment, Generate Capital, in the US. It is a business that looks at green energy solutions.”

The company, which describes itself as a ‘one stop-shop for the infrastructure revolution’, was raising capital to finance renewable and sustainable infrastructure investments.

On its website, Generate Capital lists sustainable energy – covering microgrids, fuel cells, biomass and biogas – as one of its three pillars of sustainable investment.

The other two are sustainable mobility, including autonomous and hydrogen vehicles, and sustainable water, waste and agriculture.

“The real trick is in finding the sectors which are actually in transition. It works both ways,” Kemp says.

In December, AustralianSuper submitted a $5.1 billion offer to take over Infratil, an infrastructure entity listed in Australia and New Zealand, which has a rich portfolio of renewables and green energy assets.

The energy transition market itself, however, is still evolving. Government policies remain uncertain, depending on the jurisdiction.

“Renewables in the US are different to renewables in Australia,” says Kemp. “This has to do with regulation and the incentives that exist in each geography.”

Kemp, who joined AustralianSuper in 2013 from Capella Capital, says regulations and government policies towards such assets as ports, toll roads and airports, are all slightly different, with ease of access slightly different for each sector.

And while policies on renewables in the US change from time to time, they have been more stable than in Australia, he says.

He told [i3]Insights that Australian policy on renewables is ‘very fluid and prone to change often’. Because of this, it is hard to get a ‘level footing’ into the industry.

Kemp points to an AustralianSuper investment with Quinbrook Investment Partners, another infrastructure manager focusing on the US renewables market.

He says that through broader relationships in the renewable space, the fund hopes to access further opportunities in the United States in solar, wind and battery storage investments.

Under the Biden Administration, the US has stepped up its commitments to tackling climate change, and in February unveiled a US$2 trillion Green New Deal.

AustralianSuper is in the throes of setting up an office in the US, staffed with an infrastructure team to source and transact infrastructure projects and investment opportunities, which may arise from the Biden policy.

“We are certainly preparing for it,” Kemp says. “We hope to open an office in New York in the second half of this year.”

We intend to grow our teams in New York (and London) to a size similar to our Australian team, so that they are in a position to transact and engage with their respective local markets – as we do here in Australia

Kemp says the New York office will replicate AustralianSuper’s presence in London. The fund established an office there in 2016, and now has a growing team on the ground.

Kemp says the New York office will be headed by an executive who has spent considerable time working in the US.

“We intend to grow our teams in New York (and London) to a size similar to our Australian team, so that they are in a position to transact and engage with their respective local markets – as we do here in Australia.”

Another geography that AustralianSuper has been exploring is India, where the fund has taken a stake in the National Infrastructure Investment Fund of India (NIIF).

The fund has stated a net zero 2050 emissions intention, which targets appropriate investments, along with stewardship, collaboration and advocacy, and measurement and reporting to achieve the goal.

NIIF, which currently has assets totaling US$4.5 billion, is helping spearhead India’s transition to green and sustainable energy. When set up in 2015, its two key target sectors were energy and transportation.

“We hope that NIIF will give us a foot in the door to India. There is a growth story there – the rise of the middle class and the population growth that exists there,” Kemp says.

He adds: “It is also a geography in which you want to be careful; it is important to know who you invest with. The way NIIF is set up gives us comfort. The Indian government is investing, alongside a handful of large global pension funds.”

In August 2019, NIFF announced that AustralianSuper and OTPP had the ability to invest up to US$2 billion alongside the fund.

Kemp says: “NIIF manages a number of funds. We are invested into the NIIF Master Fund and its manager.

“By investing in the manager, we have a much closer relationship with them. We have a better understanding of the types of investments they are looking at, and, through them, we will be able to access investment opportunities. We hope to be better-placed to engage with India.”

As he sees it, short of having a physical presence in India, the next best option for AustralianSuper is to own a part of the manager.

NIIF closed the NIIF Master Fund in December 2020, raising a total of US$2.34 billion.

One of the Master Fund’s key investments is in Ayana Renewable Energy, which develops utility-scale solar and wind generation projects across growth states in India.

Although, like many asset owners, AustralianSuper has a preference to buy established brownfield assets with proven track records, Kemp says this is not always possible, and there is ‘no reason’ why the fund cannot invest in greenfield projects.

He says a company like Quinbrook Capital, which builds windfarms, is currently developing a few of these through Scout Clean Energy, a wholly-owned subsidiary.

Scout has windfarms generating a total of 3,000MW and valued at more than US$1 billion across 10 US states.

“Scout is just one example,” says Kemp. “There are other examples of our investment going into greenfield development.

“We are less concerned with construction risk. It can be managed well. (But) we are not limiting ourselves to unlisted acquisitions. Certainly, taking private is another avenue to the market we don’t rule out.”

This is part II of the interview with AustralianSuper’s Nik Kemp. For part I, please click here.

Finding ESG Trends through Quant Your Future, Our Super