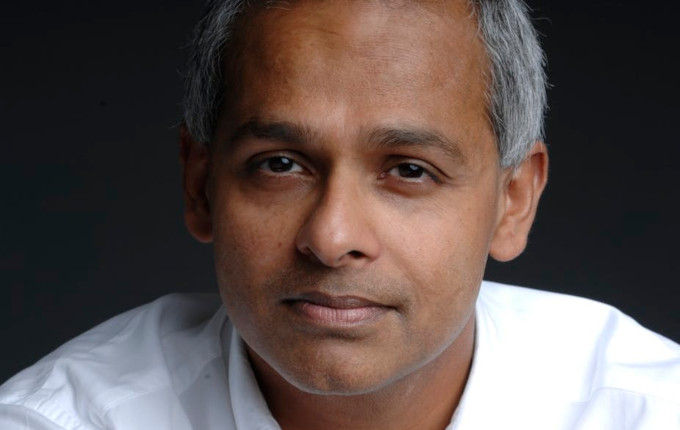 Former banker and author Satyajit Das speaks about the new edition of his book, A Banquet of Consequences, and issues a warning about the current levels of overconsumption and financial mismanagement. The coronavirus pandemic has only helped to lay bare the weaknesses in today’s economic structures, he says.

The various forced lockdowns and bans on international flights due to the coronavirus pandemic in the past year resulted in many people having extra time on their hands. With nowhere to be, some decided to take up little projects to keep themselves busy in their spare time.

I, myself, took the opportunity during a lockdown period, prompted by a cluster in Avalon on Sydney’s Northern Beaches, to restore a 1974 Sony tape recorder to working order. Luckily for me, hi-fi machines from the 1970s are built like tanks, so it didn’t take too long to get it going again, which is just as well since the Avalon cluster was dealt with in the space of three weeks.

Almost a new book in itself, the update addresses some of the major changes that have happened since 2014, when Das wrote the first edition.

It deals with the failure of economic policies to create sustainable growth and surreal asset prices, as well as the accelerating climate emergency and major shifts in the political and social environment, including Brexit and the Trump presidency.

And, of course, it covers the pandemic.

Das regards the pandemic not as the start of a new paradigm, but as an event that has laid bare the issues with our false sense of security in an ever-expanding prosperity. Coronavirus has exposed the weaknesses in the structures of economies, he says.

A complex, silicon chip-based civilisation has been brought to a stop by a life form that is not even quite alive; that is something worth thinking about

“A complex, silicon chip-based civilisation has been brought to a stop by a life form that is not even quite alive; that is something worth thinking about,” he says in an interview with [i3] Insights.

“[But] if it wasn’t Covid-19, it would have been something else.

“The coronavirus is simply the accelerant that started the conflagration. The shortfalls in revenue and cash flows, caused by partial or total shutdowns, exposed vulnerabilities of a structurally unsound economic and financial system.

“For example, a fall in revenue is problematic, but manageable without debt. Unfortunately, debt levels were not reduced, but increased in the aftermath of 2008, encouraged in part by low policy rates and abundant liquidity engineered by central banks globally.

“Inflated asset prices in the ‘everything bubble’ were priced for perfection.”

COVID-19 has exposed weaknesses that go well beyond the problems seen in global supply chains and outsourcing, he says. It has exposed how dependent economic activity today is on mobility and movement. This is nowhere more clear than in the services sector.

“Services are non-storable. They exhibit infinite wastage; if not consumed when available, then the supply is lost forever,” Das says.

“If a restaurant is closed for a month, then it is difficult to make up lost revenue through increased future sales. So, income losses in services through disruption are permanent, creating greater problems for businesses where they must suspend operations.

“The casualisation of the workforce in the US, UK, Australia and New Zealand and reliance on small businesses, which are really self-employment vehicles, also adds to the weak overall structure.

“Australia is going to have to adapt to its reliance on tourism, foreign students and dependence on itinerant foreign seasonal workers.”

Most of the original book and its updated version concentrate on the idea that we’ve overconsumed, overspent and are in for some trouble in the future, unless we all adopt a more austere way of living.

Human beings now need 1.6 earths to sustain their lifestyle, Das says, and if emerging markets reach the same living standards as advanced economies, then that probably rises to three times.

“We face serious climate and resources problems. This drives serious societal pressures which are starting to manifest themselves in social unrest and political polarisation,” he says.

To a degree, he extends the argument of Professor Jared Diamond, who in his 2005 book, Collapse, showed there is a historical precedent for civilisations to fall into decline when they reach certain levels of decadence.

Das complements this by illustrating how financial incentives and poor economic policies have added to the strains on society.

Asked whether he thinks technological advancement will provide a solution for future economic growth and continued prosperity, he indicates it is unlikely.

“I thought we would get to that. All-powerful technology as the answer; the ultimate get-out-of-jail card,” he says.

“The interesting thing is that the pandemic actually shows us how helpless we are. The strategies we used are medieval strategies. Social and national isolation, originally devised by Italian city states in the fourteenth century, was the first line of defence.

“People will point to the vaccines as proof of technological prowess. In my view there will be issues with the vaccines, especially the duration of immunity conferred, ability to deal with mutations and the fact that we will not be able to vaccinate the majority of the population and keep them vaccinated.”

Besides, he argues, our technological advancements aren’t as innovative as people would like to believe and often don’t end up contributing much to economic activity.

“Take the internet and the various businesses built around it. They are little more than an evolution of the telegraph, the telephone, radio, the gramophone, cinema and TV, the library and the printing press,” he says.

“They combine a digital post office, shopping mall, library and newsstand, a music and video shop, an adult bookstore, casino and gaming arcade. While more efficient, it isn’t radical.

“Their principal function is as electronic marketplaces for trading existing products or provide message boards for sharing information.

“The platforms – Facebook, Google, Amazon, Alibaba, Apple, Uber, Airbnb – take market share from existing businesses. In doing this, they create large profits for their shareholders but do not really contribute substantially to growth.

“Then there are social issues. The technologists want a world where a device linked to the internet and the cloud intermediates every human or commercial interaction. Shoshana Zuboff, an American author and scholar, termed it ‘surveillance capitalism’.

Technology is part of the problem, not the solution, he says. Often, new technologies are embraced for their benefits, but thorough analysis of the side effects is rarely done. And as such, troubles build up.

“Inventors of the internal combustion engine and fossil fuels never thought about the impact of CO2 emissions. Chernobyl and Fukushima illustrate the often disastrous and long-lived side effects of errors,” Das says.

“Technological and scientific hubris is driven by a fundamental need to avoid confronting the limits of progress and costs of adjustments.”

Reading Das’s book, one cannot help but develop a sense of dread. The future according to this interpretation is a gloomy one. Asked if he didn’t let pessimism get the better of him, Das responds with a counter-question.

“My question is: why is it so great to be optimistic? Isn’t it about facts and realities?” he says.

“Hope and optimism are inversely related to knowledge and positively correlated to wilful ignorance. Optimism without facing up to the fact is actually denial – truth avoidance. ‘I am optimistic therefore I don’t have to confront anything, do anything.’

“How can you solve anything without understanding facts, however confronting? Optimism and hope never solve problems. Understanding the facts and the problem lies at the heart of progress.”

How can you solve anything without understanding facts, however confronting? Optimism and hope never solve problems. Understanding the facts and the problem lies at the heart of progress

He takes former US President Donald Trump as an example.

“He is probably optimistic. His narcissistic personality, need for adulation, disregard for facts, denial of unpleasant truths and lack of empathy are well known. The problem is that in dealing with the challenges facing mankind, there is something of those same elements in everybody,” he says.

“Everyone today is more like Trump than we would like to admit. He is the ideal leader for a world that has evolved into a Disney-like fantasy land.

“Truth ultimately doesn’t really care whether you can stomach it. You can avoid reality, but not the consequences of reality. Sooner or later you have to sit down to a banquet of consequence.”

A Banquet of Consequences Reloaded: How we got into the mess we’re in, and why we need to act now
By Satyajit Das
496pp. Viking. 2021
Amazon listing