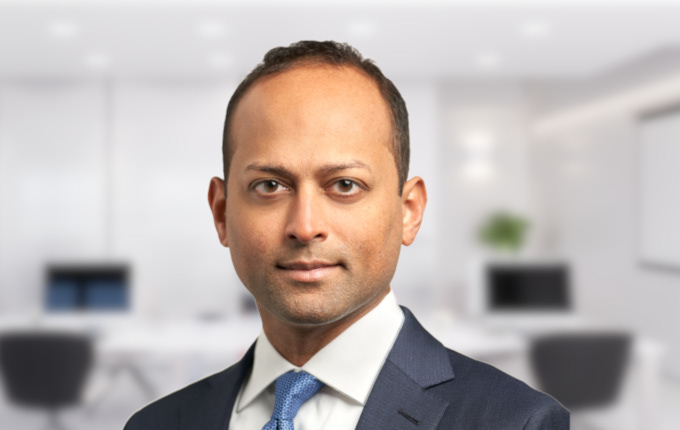 Embracing data science does not mean you have to abandon fundamental analysis. Quite the contrary, Neuberger Berman’s Hari Ramanan says, it’ll make you a better fundamental investor.

Data science and machine learning have been on many investors’ minds in the past five years.

Lured by the idea of an untapped alpha source, asset managers have been feverishly hiring data science teams to join the race.

But in the rush to add capabilities, people sometimes forget to pause and think about the questions they would like to find answers to.

Hari Ramanan, Portfolio Manager and Chief Investment Officer of Global Research Strategies at Neuberger Berman, knows how easy it is to get lost in the woods of possibility.

It is important that we ask the right questions. Take [sportswear company] Nike, for example. There are lots of different ways to waste time on Nike – Hari Ramanan

“It is important that we ask the right questions,” Ramanan says in an interview with [i3] Insights.

“Take [sportswear company] Nike, for example. There are lots of different ways to waste time on Nike.

The team at Neuberger Berman looks at data science to provide a way to make sense of a company’s digital footprint and glean insights that are unable to be obtained in other ways.

“When I look up Wouter Klijn, there are 49,300 entries on Google, so it is important to recognise that we are all leaving, to continue the metaphor, a lot of ‘methane’ in the digital world.

“Likewise, companies are leaving a huge trail in their operations. So as fundamental investors it is really incumbent upon us to try and identify nuggets of wisdom in that trail.”

He points out his team has not been trying to reinvent the wheel when it comes to security analysis, but rather adapt their methods to a more competitive market, where information sources have changed.

One of the issues many fundamental investors face today is that they rely too heavily on traditional sources of information, including company management meetings, sell-side research and financial statements.

This information is important, in Ramanan’s view, but data science can help investors obtain an idea of the strategic direction and health of a company independent from management.

“Is that a success because we are operating during COVID-19 and during COVID everybody is at home at a screen and because they are at a screen they like a lot of things on Instagram? If so, are we adjusting for that?

“Things are never constant and that is where data scientists come in.”

But he is clear data science doesn’t replace the fundamental research they have been doing for many years. In fact, data science helps Ramanan and his team improve their fundamental analysis.

“Let’s take a company that has opened a factory in Malaysia and management are announcing that the factory build is a success. Are there other ways to check it? In the world where we live today, I can actually find whether the company has set out a listing for a project manager. Are there three positions open, are there five positions open or are there no positions open?” he says.

“All of that information is open for me to understand and allows me to ask better questions of the management team as we undertake the fundamental analysis.

“Asset owners need to be aware that companies leave a much larger footprint today through digital ways. Sometimes it is a source of alpha, but [by being aware of this footprint] at least it won’t be a source of negative alpha.”

Charles Murphy is a Managing Director and Senior Research Analyst in Ramanan’s team. Murphy has been working alongside the company’s data scientist for several years to understand how these techniques can help them become better investors.

As part of this exercise, he has had to acquire a working knowledge of Python, a computer language used in many data science programs.

And although he doesn’t spend much of his time coding, it has given him the ability to better understand the results data science provides them.

“A year ago we were doing a job listing search on a particular company and the first iteration came back with 3,000 job listings,” he says.

“As a fundamental analyst, knowing that this company only had 1,500 employees in total, that result struck me as very strange.

I can’t picture making an investment decision in the future without at least exploring some component of data science. I would feel less confident without knowing what the data is telling me on a real-time basis – Charles Murphy

“So we analysed why it was saying this and there were some technology issues with the custom Python search, where we had to adjust some of the words. But once we adjusted the words and back-checked, the search was a lot tighter and it has remained one of our more interesting searches today.

“But we wouldn’t have known how to do that without going through the trial and error period with that unstructured data.”

He says the involvement in data science has changed the way he looks at company analysis and expects it will only grow to become a larger part of their research efforts.

“I can’t picture making an investment decision in the future without at least exploring some component of data science. I would feel less confident without knowing what the data is telling me on a real-time basis. Now this is very different from how I felt five years ago,” he says.

This article is paid for by Neuberger Berman. As such, the sponsor may suggest topics for consideration, but the Investment Innovation Institute [i3] will have final control over the content.