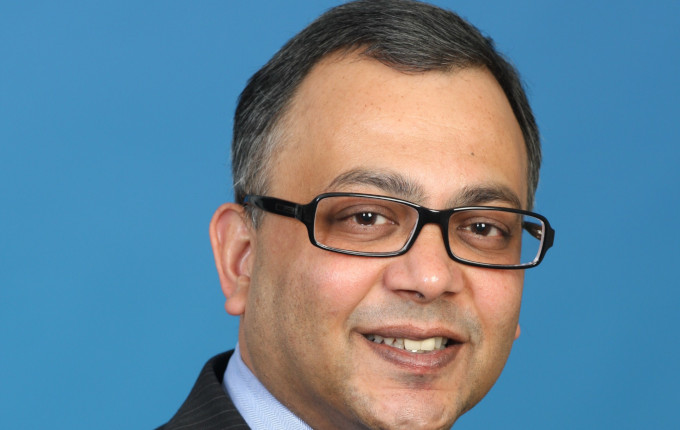 SPAC investments have become all the rage, with almost as much money raised in the US as traditional IPOs. But not every investor is set to make money from these vehicles. Caveat emptor, Sameer Jain warns.

Despite the pandemic, Special Purpose Acquisition Companies (SPACs) have had a stellar 2020. According to CNBC, these vehicles raised almost as much money in the United States as initial public offerings (IPOs) during the year, drawing in US$64 billion from 200 different entities.

SPACs are non-operating shell companies formed to identify and complete mergers in a given period of time, usually two years, and raise capital through an IPO.

They have been around since at least the 1980s, but in recent years have become a hot commodity.

SPACs have certain advantages over a traditional listing. They attract less scrutiny from the Securities and Exchange Commission, while there are certain tax advantages in the way cash is treated. These vehicles also offer the ability for a quick exit.

“It is essentially a quick and easy route to get publicly traded compared to an IPO, especially for companies that find it hard to tell their story,” Sameer Jain, Founder and Partner at Active Allocators, says in an interview with [i3] Insights.

As a former investment banker for UBS and Citigroup, Jain has seen his fair share of exotic structures, but SPACs are particularly opaque and he warns of the misalignment of interest in these vehicles.

And as a result, the vast majority of SPACs have been profitable for the sponsors and some of the early investors, which tend to be hedge funds and high net worth individuals, but not so much for those investors that buy into the vehicle at the point of merger or later.

Warrants ... dilute the SPAC at the time of its merger, so that the new investors coming in – which are not the hedge funds or smart money that invest early – but these are mutual funds or large institutional investors, bear the brunt. These are the guys that pay for the sponsor’s ‘promote’ and the underwriting fees

Jain argues that later stage SPAC investors are subject to substantial dilution of their shareholdings as early-stage investors and sponsors often cash out at the point of merger, thereby bearing most of the cost of dilution, while they also end up paying for the cost of listing a company.

“The bulk of the return [from SPACs] takes the form of warrants or rights that are included in the units that they bought in the initial IPO. And this is what nobody talks about: 90 per cent sell out before the SPAC merges,” he says.

“These warrants or rights dilute the SPAC at the time of its merger so that the new investors coming in – which are not the hedge funds or smart money that invest early, but these are mutual funds or large institutional investors – bear the brunt.

“These are the guys that pay for the sponsor’s ‘promote’ and the underwriting fees, which are much higher than the typical investment banking fee under an IPO.”

Whereas a typical IPO attracts fees of between 6 and 7 per cent, the underwriting fees of SPACs are typically around 20 per cent.

“So just by creating the SPAC and finding the target to merge with, these guys make pretty much 20 per cent and the brunt of that dilution is borne by the new investors that come in. These are investors that acquire stocks at the time of the merger and hold them throughout the merger and thereafter,” Jain says.

“If you look at history, very few SPACs have generated returns for the non-redeeming shareholders.”

Jain’s arguments are backed up by research from Renaissance Capital, a provider of IPO exchange-traded funds and institutional research (not to be confused with the hedge fund Renaissance Technologies), published late last year.

Renaissance looked at 223 SPAC IPOs conducted from the start of 2015 to July 2020 and found that 89 have completed mergers and taken a company public.

But of those 89, the common shares have delivered an average loss of 18.8 per cent and a median return of minus 36.1 per cent.

In comparison, the average after-market return from a traditional IPO was 37.2 per cent since 2015.

There is a clear reason why institutional investors don’t buy into a SPAC early when the returns are still attractive. At the start, these vehicles are essentially shell companies; they don’t have any assets or operations.

No sensible pension fund would give money to a shell company.

“Think about it this way: a guy goes to a pension plan and says: ‘I’ve got nothing. All I have is a promise that in two years I find a company to merge with. Give me $100.’ The pension plan will not be allowed to give them $100 because they don’t know what he is going to invest in,” Jain says.

“They might say: ‘Once you have found a company to merge with, come back to me.’ Of course, the SPAC’s sponsor will rub their hands with glee and says: ‘Thank you, I will.’

“So he will come back two years later and say: ‘Okay, you didn’t participate in our initial IPO, but now we are merging with this great company and we’ve acquired 70 per cent of the shareholder vote to participate.’

“The pension plan and the due diligence function now says: ‘Yes, now that we know what you are going to invest in [we are willing to participate].’

“But they are not really seeing that they will pay for that misalignment in incentives, the transfer of rents from those initial IPOs and the warrants. That is where the real issue is.”

Another problem is the very terms of the structure itself. A SPAC is set up with the purpose of merging with another business, but in the vast majority of cases, the right business has not been identified yet.

A SPAC sponsor has two years to find a suitable company before it has to liquidate the vehicle, so there is a clear incentive to find a merger partner within the set time frame, no matter how suitable the company is.

“You should not be put in this position of needing to decide between a merger that is likely to be bad for the SPAC investor or liquidating and therefore using millions of their own money,” Jain says.

“The right SPAC should be one where they have already identified the company they are going to buy and at that point you will give them the money, so you don’t have this uncertainty of holding it for two years and the sponsor won’t get any warrants because they already know what they are going to buy. But that would be a radical change [from common practice].”

There is one exception to the rule.

In July 2020, high-profile hedge fund manager Bill Ackman and his company, Pershing Square, surprised the market by launching a SPAC that addressed many of the issues with the traditional vehicles.

The Pershing Square Tontine, which raised US$4 billion, did not issue founder shares, thereby foregoing the 20 per cent promote of traditional SPAC structures. Instead, Pershing Square will purchase warrants at market value, which are not exercisable until three years after the closing of the merger.

This means early-stage investors can’t cash out fully at the point of merger, thereby diluting the shares for other investors.

In addition, a shareholder who does sell its shares must also give up two-thirds of the warrants they received. Under most structures, investors get to keep all of their warrants.

Finally, the tontine part of the SPAC will pool any warrant that investors lose by selling their shares and distribute them among the investors who remain shareholders of the SPAC, creating a clear incentive to stay the course.

There is really only one SPAC that was done well and that was the Pershing Square Tontine one. That had a very different structure than all of these other ones. But nobody in the world is following that, largely because this whole thing has become largely standardised.

Jain is positive on this development, but is not convinced this transaction will set a new standard.

“There is really only one SPAC that was done well and that was the Pershing Square Tontine one. That had a very different structure than all of these other ones,” he says.

“The warrants would only be cashed after a 20 per cent return and they had lots and lots of provisions that nobody else had. Pershing Square decided to change the industry and said they would take very little promote and their warrants get exercised 20 per cent out of the money.

“But nobody in the world is following that, largely because this whole thing has become largely standardised.

“For example, [SPAC] documentation is standardised, the private placement process is standardised and the client team who are familiar with the SPAC process don’t really know any better.”