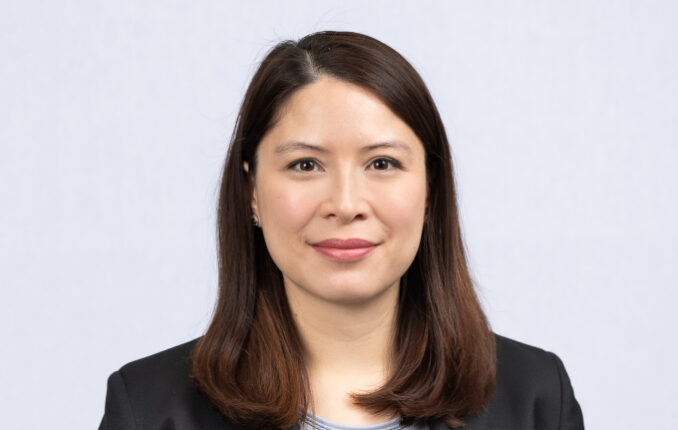 ESG should not be applied as a blanket screen to simply weed out poorly rated companies, but should be managed actively, where engagement can lead the way to improvements and ultimately to a repricing of a company, Aberdeen Standard Investments says.

Many investors use environmental, social and corporate governance (ESG) ratings from large agencies, such as S&P or MSCI, as the basis to screen out companies that don’t stack up on these metrics.

But this means they often miss out on rapidly growing smaller companies that haven’t yet had the chance to develop a comprehensive ESG policy, Natalie Tam, Deputy Head of Australian Equities at Aberdeen Standard Investments, says in an interview with [i3] Insights.

Tam advocates an active approach to engagement where investors let company management and boards know what they expect from them.

“In recent years, a lot of small companies, particularly in the technology space, have enjoyed phenomenal growth and suddenly seen themselves propelled in the ASX 300 and ASX 200 indices, and now the weight of expectation on these companies is a lot greater,” she says.

We see opportunities where companies might have poor ESG ratings from agencies like MSCI, but when we actually speak with the management teams or the board of directors, we see that they just haven’t turned their attention to these things yet because they are at an early stage of their life cycle

“We see opportunities where companies might have poor ESG ratings from agencies like MSCI, but when we actually speak with the management teams or the board of directors, we see that they just haven’t turned their attention to these things yet because they are at an early stage of their life cycle or are not yet reporting publicly on their efforts.”

Tam illustrates her point with the example of Pro Medicus, a provider of healthcare imaging software to hospitals and diagnostic imaging groups.

“MSCI ascribes an ESG rating of B to Pro Medicus, which is one of their lowest ratings. In fact, the lowest rating is CCC, which is just after B,” she says.

“From our experience with the company, engaging with them directly, we see Pro Medicus as having an improving ESG profile. We have engaged with the company on diversity issues and board-level diversity. Just in July this year, they appointed their first female director.

“Sometimes, particularly in small companies, it is a matter of bringing these issues to the attention of the directors and the management team and they are more than willing to meet the standards. They just haven’t had a chance to do so yet.

“It is often the case that fund managers will just screen out poorly rated companies based on MSCI ESG ratings.

“We don’t do that automatically because we do see these kinds of opportunities and over time we expect the ESG rating to increase as the company changes and improves its disclosure on ESG issues.”

The Australian equities team focuses predominantly on issues related to remuneration, climate change and diversity. And it certainly has been active.

And although voting is an important tool in the kit, Aberdeen Standard doesn’t shy away from taking more definitive action, as was the case recently with Cleanaway Waste Management.

“There was quite a big problem at Cleanaway. There have been allegations that the CEO has acted in a somewhat aggressive way in his interactions with certain staff members and it looks like it is a business that needs some cultural change,” Tam says.

“Perhaps they have been too fixated on generating financial outcomes, which have been good, but at the expense of the culture.

“We spoke with the chairman of Cleanaway. We spoke with another independent director on the board. And then what we often do with not just ESG issues, but also other issues that affect the financial performance, is to speak with past employees of the business.

“So we did a series of interviews with ex-employees to understand whether it is the culture and whether we could corroborate what we were reading in press reports and whether that aligned with what we are hearing from the company itself.

We are looking for companies to have a climate transition strategy, transparency on the risk to assets and targets to reduce emissions. What we found is that very few Australian companies in the oil and gas sector have sufficient emission reduction targets based on the scope one, two and three emissions

“As a result of that, it became clear to us that there were probably other cases of employees that have been affected by the CEO’s behaviour and that the business requires a large degree of cultural change and a reprioritising of customers as well. As a result, we felt it placed risk on earnings and returns and so we exited our position.

“We are focused on whether ESG risks are real and financially material. In this example, we felt this was the case, given the insights we gained from our engagement. We decided to reduce risk by divesting. In many ways this is an extreme example, but it does show that the ultimate expression of being active is exiting a position.”

Climate change is another issue the team regularly engages with companies on and Tam reveals Aberdeen Standard is currently in the midst of a thorough scenario analysis of the impact of climate change on public companies.

“Climate change is a key area of engagement. We are currently in the process of stress testing our companies across a range of climate change scenarios to understand how resilient they are.” she says.

“We are looking for companies to have a climate transition strategy, transparency on the risk to assets and targets to reduce emissions. What we found is that very few Australian companies in the oil and gas sector have sufficient emission reduction targets based on the scope one, two and three emissions.

“And although some of them have aspirational targets to get to net zero by 2050, we haven’t been shown the strategy or the capex intentions to achieve this.

“Climate change is a material risk and it is most significant for companies in the mining, utilities, energy and industrial sectors. It is relevant to their operations, how their end commodity demand changes over time. There is stranded asset risk for oil and gas companies and ultimately this will cause financial risk.

We are undertaking an in-depth climate scenario analysis using a range of potential future climate change pathways and related policy and technology scenarios on investments. It is incredibly complex, but our objective is to assess the financial implications of climate change

“Having said that, there has been clear progress over the last 12 months, but there is still plenty of room for improvement. So as a consequence it is a priority area for engagement.”

Many investors have found translating the long-term risks stemming from climate change into adjustments to company valuations challenging, particularly when assessing secondary or even tertiary effects.

But despite the complexity of the analysis, Tam is confident the current stress-test analysis will result in clear changes to company valuations and form another avenue for engagement.

“We are undertaking an in-depth climate scenario analysis using a range of potential future climate change pathways and related policy and technology scenarios on investments. It is incredibly complex, but our objective is to assess the financial implications of climate change,” she says.

The coronavirus pandemic has impacted on many parts of our lives and businesses in the tourism, air travel and hospitality sectors have been particularly hard hit. But when it comes to ESG, it is not all bad, Tam says. Some companies have used the pandemic to boost their social credentials.

“The pandemic is increasing the focus on the social part of ESG, so employee health and safety has been put front and centre. It has really shone a light on workplace conditions, job security and social responsibility,” Tam says.

“What is really interesting is that we’ve seen companies, high-quality, financially robust companies, leverage their position to increase their social credentials during the pandemic.

“An example of this would be Telstra, which announced it would put on hold any redundancies for six months. That is actually a really big call considering that the centrepiece of their T22 strategy is a $2.5-billion cost-cutting program.

“There is a recognition, I think, that customers do align with brands whose values they share and companies that are seeking to do the right thing.”

This article is paid for by Aberdeen Standard Investments. As such, the sponsor may suggest topics for consideration, but the Investment Innovation Institute [i3] will have final control over the content.

Future Fund Concerned about the Future Adaptability in Real Estate