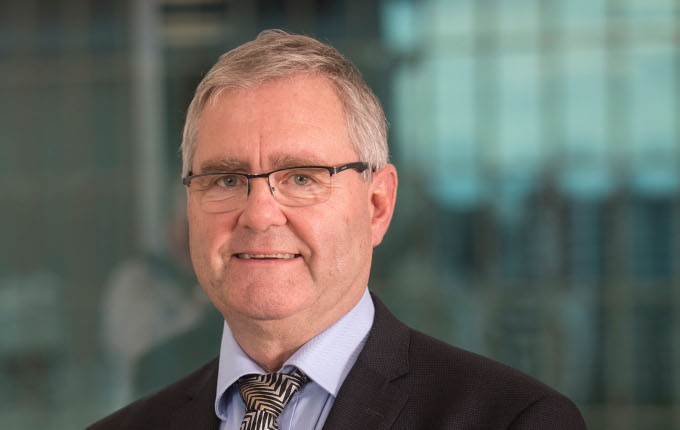 New Zealand Super is a well-known timberland investors and the fund is now looking to boost its agricultural investments too, Neil Woods says.

A major drought took hold of NSW and Queensland in 2017 soon after New Zealand Super made its first direct investment in an offshore agricultural asset – a beef breeding business in Southeast Queensland.

“It has been tough for the last 18 months or so,” says Neil Woods, Portfolio Manager at NZ Super, who looks after the agriculture portfolio. “But things are looking pretty positive at the moment.”

Their reputation as leaders in the beef seed stock industry was one reason NZ Super decided to go into partnership with the couple. David Bondfield’s father, Peter, established the property in the 1980s.

“Over the last three years, we have been expanding the Palgrove holdings and increasing cattle numbers across the properties,” Woods told [i3] Insights. “We aim to reach towards 20,000 head of cattle.”

At June 30 last year, Palgrove’s holdings had increased to 18,000 hectares – up by 1,482 hectares. In February this year, NZ Super added Gilgal, a 3,619 hectare property near Wagga Wagga in northern NSW, to its Australian holdings. Gilgal was reportedly acquired for around A$30 million.

The Australian investment gives much-needed diversification to NZ Super’s agriculture portfolio, currently valued at around NZ$680 million. Rapid deployment has meant that Australia now accounts for around a quarter of the fund’s total agriculture allocation.

Although it made its first investment into the sector almost a decade ago, NZ Super’s exposure to agriculture remains modest. Today, just 1.3 per cent of its total assets under management (NZ$43.8 billion at March 31, 2020) are allocated to agriculture with investments currently concentrated in New Zealand.

By comparison, 5.5 per cent of NZ Super’s asset under management is in timberland. This is a high level of exposure compared with many of NZ Super’s global peers.

“Our target is to have 3 per cent of AUM allocated to the agriculture sector,” says Woods. The investment in agriculture is a form of diversification for the fund, which continues to be concentrated in its home market. In terms of asset class, its early investments being in livestock and (particularly) dairy.

Woods says future investment dollars for agriculture will likely be focussed away from livestock, or more dairy farms in New Zealand. Recent acquisitions in New Zealand include an apple orchard, vineyard and hops gardens in Nelson region, on New Zealand’s South Island.

In 2018, NZ Super acquired the 200-hectare Altimarloch vineyard along the Awatere Valley in Marlborough, a well-known wine district on the South Island. This was the first viticulture property in its portfolio.

Woods says grapes produced from the vineyard are sold to local wine producers in the same way that NZ Super’s milk production is contracted to Fonterra and Synlait. Hops from its hops garden are contracted to local processors, which supply breweries.

Woods is now looking to other areas, such as row crops and permanent crops. “We are also keeping an eye on other offshore markets including the US. (But) with COVID-19, it has been difficult for us to travel outside New Zealand.”

Asked if NZ Super will progress to owning processing plants, Woods says: “I don’t think so. We don’t want to own plants and processing. It is a different investment. Our interest is in investment inside the farm gate.”

We don't want to own plants and processing. It is a different investment. Our interest is in investment inside the farm gate. If we were interested in the operating business, we could buy shares in listed wineries or meat producers. But you can’t buy shares in rural land.

“If we were interested in the operating business, we could buy shares in listed wineries or meat producers. But you can’t buy shares in rural land.

“We’re looking principally to buy quality land with good location for labour supply and water – rainfall or water from a creek or dam.”

Gilgal is a case in point. The NSW farm is described as having “an excellent water system, including ground bores and a well, several creek systems, including Cunjegong Creek, and a network of elevated tanks reticulated to troughs.”

In 2018, NZ Super took a 27 per cent stake in NZ Gourmet, which had been established in 1982, through another division of the fund. NZ Gourmet, best known for its blueberries, also produces and markets a range of fruit and vegetables grown in glasshouses. New Zealand’s horticulture sector has had some notable successes, such as its gold kiwi fruit.

“It is a big success story,” says Woods. “Gold kiwi fruit orchards are selling for NZ$1 million per hectare.” He adds: “the return justifies the price.”

Although it is just building up its portfolio of agricultural assets, NZ Super is an established significant investor in timberland. It can be counted as one of the key investors in timberland globally.

“The majority of our timberland is in New Zealand, and we have some exposure in Australia and Latin America,” says Woods.

A number of years ago we told our manager not to use palm kernel. This was in response to issues surrounding deforestation and palm plantations. This is an example of how, when a practice does not sit with our sustainability standards, we act to stop it. This is possible because we are 100 per cent owner of the farm.

NZ Super stands tall among those global institutional investors who are committed to sustainability principles. Woods describes being a direct owner of assets as providing an advantage in this area.

“We are actively involved with managers of our assets to ensure that we meet our environmental, social and governance (ESG) standards.”

He cites the example of Palgrove, where sustainability targets are enshrined in the shareholder agreement. “We have been proactive in taking action when there are concerns about environmental issues,” Woods says. “One example is the use of palm kernel, produced from oil palm, as cattle feed on the farm.

“A number of years ago we told our manager not to use palm kernel. This was in response to issues surrounding deforestation and palm plantations.

“This is an example of how, when a practice does not sit with our sustainability standards, we act to stop it. This is possible because we are 100 per cent owner of the farm.”