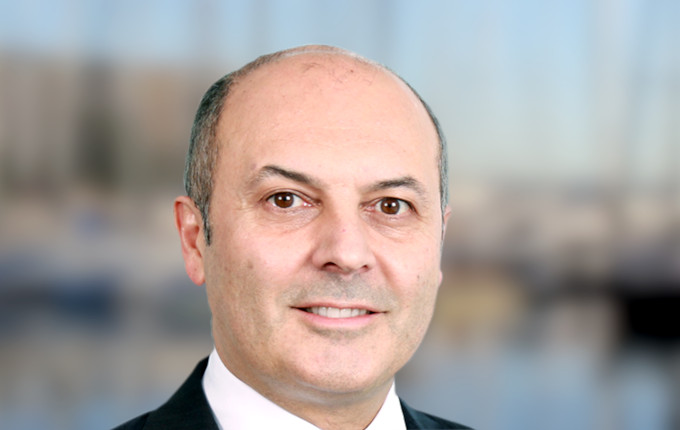 Taking the lessons learned from the GFC, private equity firms have reacted much more quickly to the current turmoil in markets to assess their portfolio companies, LGT Capital Partners’ Ivan Vercoutere says.

During the global financial crisis (GFC) of 2008/09, private equity (PE) was significantly affected, resulting in a decline in exits, deal flow and internal rates of return.

But many general partners have learned from the experience and so when the tide started to turn in March this year as the pandemic swept across the world and economies locked up, they reacted quickly.

“If you think of the GFC, private equity was not so well prepared for it,” Ivan Vercoutere, a Managing Partner at LGT Capital Partners and co-founder of the firm’s private equity activities, says in an interview with [i3] Insights.

“I think maybe many firms waited a little bit [too long] to see how it would play out and clearly at some point they had to react and cut costs and preserve cash flow.

If you think of the GFC, private equity was not so well prepared for it. I think maybe many firms waited a little bit [too long] to see how it would play out and clearly at some point they had to react and cut costs and preserve cash flow.

“I think the lessons from [the GFC] is that it has helped here [with the pandemic] where PE firms reacted very quickly. They looked at their business and said: ‘Okay, what does that mean? We need to preserve cash to the extent that we have lines of credit. Let’s make sure we have liquidity. We don’t know how long it’s going to play out. We don’t know what’s going to happen next.’

“Essentially, PE firms put their companies in survival mode: it’s all about survival.”

The period from March to April, when markets went into a tailspin as the pandemic spread across the world, was unlike any downturn before. Partly what makes the economic circumstances under the pandemic different from the GFC is that they unfolded so quickly, Vercoutere says.

“This one is quite different. If you think about the GFC, it really started in 2007 and it didn’t end until sometime in 2009,” he says.

“So you could say actually it took about two years for that crisis to unfold and then we reached the bottom in March 2009. It took 18 months for markets to drop around 55 per cent and it was a financial crisis.

“This here is completely different; it’s more attuned to a natural disaster crisis – something that was completely unexpected. You don’t see it coming. You have never thought about it; no one had forecast a crisis like this as part of a downside scenario and it was extremely sudden.”
Part of the reason for the rapid response is that the March-April period wasn’t so much a financial crisis, but rather a health crisis. As such, it led to the shutdown of economies around the world over a very short period of time.

But it also meant central banks around the world responded rapidly and significantly, Vercoutere says.

“You saw immediate massive interventions by the federal banks and central banks around the world on a scale that really dwarfed what we saw during the GFC. It didn’t take 18 months to play out; it was literally three or four weeks and it’s now back. So if you look at the NASDAQ today, it’s at a record high, so the reaction is completely different [than during the GFC],” he says.

Vercoutere is currently assessing how the pandemic is affecting the companies in his portfolio and whether the original business cases that backed the investments initially are still applicable. Although he says it is still too early to tell how economies will change in the long term, it is clear that in the short term not every sector has been affected in the same way.

“Unlike during the GFC where everyone was affected, I think in this instance some industries are clearly more affected than others. If you are in the travel, leisure or hospitality industry, then you are greatly impacted, no question,” he says.

“But if you are a software business, a technology business, the increasing move to digital is helping those businesses and that’s why you’ve seen a lot of those businesses on the public side reach new record highs. And you see that in PE as well.

“We have some companies in our portfolio that are doing extraordinarily well; 2020 will be what we had planned maybe, from a financial standpoint, for 2021/22. I think what you are seeing is a big transformation from analogue to digital across industries.”

We have some [technology] companies in our portfolio that are doing extraordinarily well; 2020 will be what we had planned maybe, from a financial standpoint, for 2021/22. I think what you are seeing is a big transformation from analogue to digital across industries.

This means investors need to go through their portfolios and determine for every portfolio company whether they are set to win or lose from the current circumstances.

“What general partners are doing is they are looking at each one of their companies and re-underwriting the business plan. Because what was true before COVID might not be true at the moment and going forward,” Vercoutere says.

This doesn’t mean assessing portfolio companies just for weaknesses, he says. Some companies might come out stronger from this pandemic and be able to grab market share.

“If you have a good business, then can you benefit from some of your weakened competitors or do you have an opportunity to play offence and make add-on acquisitions? Can you go after new customers and how are you going to do that?” Vercoutere says.

“How do you accelerate the adoption of technology in your own business? If you’re a food retailer, for example, and you didn’t have online before, then you need to have online because if you don’t, then you’re not going to grow and you’re going to lose market share.

“I think that’s what you’ll see play out post COVID-19, you’re going to have some businesses that lose market shares and the better companies, the better business plans, will win market share and create value, and that’s why at the PE manager level sector expertise is becoming more and more important.”

Overall, Vercoutere is quite satisfied with the performance of the companies in his portfolio, but he acknowledges it is still early days.

“The first thing we did at the onset of this crisis in March is that we talked to all our PE managers, we went through all the portfolios and did a rating: green, yellow and red. We had about two-thirds of the portfolio in good shape – affected, but fine,” he says.

“And then another third that was clearly going to be more challenged. That third is going to be much less affected now because things have improved quite a bit since then. The general partners have reacted very swiftly, although we are not out of the woods yet. Let’s be very honest.

“The first step by general partners is stabilise, protect the business and in the second stage you play defence and then you play offence and we’re really in the early stages of all of that.”

Vercoutere has worked in the private equity market for three decades, 22 years with LGT Capital Partners. He has seen the sector grow from a cottage industry that raised a mere US$10 billion a year in the early 1990s to an industry that now raises on average US$500 billion a year.

Since the early days, private equity has changed quite a bit, he says.

“The industry was completely different from what we have here today. It was not transparent, there were not many participants, it was really a cottage industry. But you had firms like KKR, Blackstone, Warburg Pincus, Providence Equity Partners and Berkshire, so you had a lot of the players you have today; the industry was just a lot smaller,” he says.

“I was very fortunate to join a firm called Pacific Corporate Group in the early ‘90s, who at the time I had joined them in 1992 were essentially the largest adviser to US public pension funds and other institutional investors on private equity.

The industry was completely different from what we have here today. It was not transparent, there were not many participants, it was really a cottage industry. But you had firms like KKR, Blackstone, Warburg Pincus, Providence Equity Partners and Berkshire, so you had a lot of the players you have today; the industry was just a lot smaller.

“Some of our clients included CalPERS, World Bank Pension Fund and the State of Oregon Pension Fund, which has been an investor in PE since the ‘80s. I was one of four associates in the firm and being the only European in the team, in addition to US private equity investments, I was spending a lot of time with one of the partners on European PE investments.

“Then at the end of 1997, I decided to come back to Europe. Through common friends, I met my business partner, Roberto Paganoni, who had just joined the LGT Group a few months earlier and the group was going through a restructuring that essentially led to the creation of LGT Capital Partners in 1998.

“It was a great opportunity because essentially we started with a blank piece of paper. Roberto and I wrote the business plan in the spring of 1998. We had capital and off we went. We started building the platform, recruiting and building a team and got our first institutional clients 20 years ago.

“If you move the clock forward to today, the platform is over US$60 billion in alternative assets under management, of which PE is about US$34-35 billion, from over 400 institutional investors globally.”

When Vercoutere and Paganoni started the PE platform in the summer of 1998 when the Asian financial crisis hit, followed by the Russian ruble crisis and the subsequent blow-up of hedge fund Long Term Capital Management.

“Was it easy? Nothing is easy. But there is always something happening in markets so I guess it was as good a time as any. Obviously things recovered after that and then we had the internet bubble crisis in 2001 and then we had the GFC in ‘08/09 and now we have this one,” he says.

Today, a lot of private equity portfolios are quite mature as there was a frenzy in investment activity over the past six years. This has led to many managers now having to delay exits or look for additional capital. This provides an opportunity to invest directly in businesses that need additional capital or want to make use of the current circumstances to acquire competitors, Vercoutere says.

“We see a lot of opportunities through our portfolios to actually approach some of these better-positioned companies and provide partial liquidity, or where they have opportunities to make add-on acquisitions, to provide that additional capital that the PE fund cannot provide,” he says.

“We can provide this either through an equity recap, follow-on financing, or senior equity securities to a single portfolio company or a number of portfolio companies held within a fund, he says.

“So we think there is a fair amount of opportunities in that space. There were already quite a few before COVID-19; this will only accelerate going forward.”

This article is paid for by LGT Capital Partners. As such, the sponsor may suggest topics for consideration, but the Investment Innovation Institute [i3] will have final control over the content.