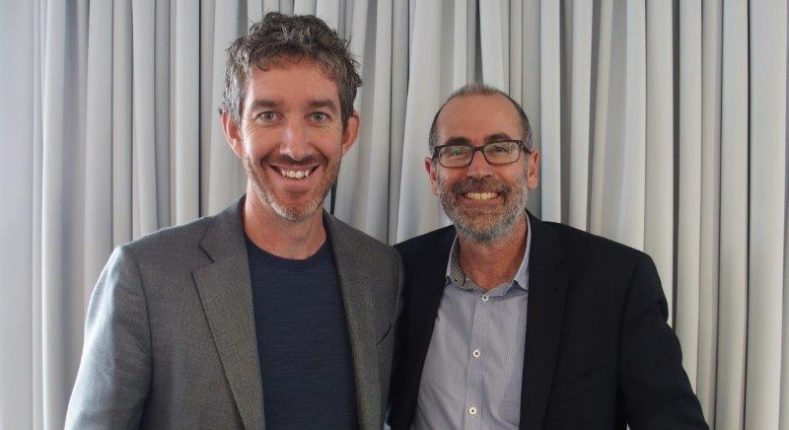 If Australia is to maintain its standard of living, it needs to make a greater effort to build a domestic technology industry, rather than allowing its well-educated professionals to be poached by overseas companies.

Scott Farquhar, co-founder and co-CEO of Atlassian, told an audience of venture capital and institutional investors in early March that Australian businesses need to wake up to the reality that we are playing in a global marketplace brought on by the digital revolution.

“We are training people up and then they disappear to the US or somewhere else. The culture needs to change in Australia,” Farquhar said at a venture capital roundtable organised by Square Peg Capital, Blackbird Ventures and AirTree Venture Capital.

“A lot of companies are intellectually aware of the change, but I don’t think they are viscerally aware of how much is going to change because of the digital age.”

Farquhar argued that because of its remoteness, Australia has relatively few industries in which it can be competitive player.

But software is an industry that doesn’t penalise Australia’s distance from the key markets in the US and Europe.

“The advantage for us is that we sell intellectual property; it is weightless and I can sell it around the world. We are in a really good spot now to compete on a world stage,” he said.

“And now Amazon is finally here and so people are no longer concerned about David Jones versus Myer, it is now about Amazon.”

Realising the internet would radically change the software industry was part of the success behind Atlassian, he said.

“If you go back 15 years, most companies sold high-priced software to very few customers and that was because the transaction costs were so high,” he said.

“There was no internet, no email and you were unlikely to advertise your $200,000 piece of software in the White Pages. So you had to do marketing events, get on flights and it was really expensive to do.

“And when you do that the market gets smaller because you need to charge your customer a larger amount.

“But the trend in software these days is that it is a global market so I can sell a lot more of it, which means you don’t need as much per customer.

“We were probably one of the pioneers in that and now we have somewhere north of 100,000 companies using our software.”

Farquhar criticised the federal government for buying into anti-immigration rhetoric and not stimulating talented IT professionals to come to Australia and help develop the technology sector here.

I can’t find people with 15 to 20 years’ experience and so if I want to build an IT industry in Australia, I need to bring people to Australia

“We need to employ a lot of talent at Atlassian; we have about a quarter of our staff on 457 visas, which sounds a lot, but we are also one of the biggest graduate employers in Australia for IT people,” he said.

“But I can’t find people with 15 to 20 years’ experience and so if I want to build an IT industry in Australia, I need to bring people to Australia.

“And if we can’t bring these people, then we just need to move more jobs offshore. As a business, I can put people anywhere across the world.

“It is a bit short-sighted, this idea that someone that is coming to Australia is taking someone else’s job, like it is some zero-sum game. I think immigration is a really important discussion to have.”

He illustrated his argument by pointing out skilled migrant visas are available for horse trainers, but not for IT managers. “If you think about the future of Australia, you would think that IT managers are the type of people you’d want to welcome to Australia,” he said.

He and company co-founder Mike Cannon-Brookes have even been called un-Australian because they decided to list their company on the Nasdaq rather than the Australian Securities Exchange.

But he said it simply made sense considering the scale of the company and its global customer base.

“I don’t know if we are un-Australian because we sell products in 160 countries around the world,” he said ironically.

“Capital comes from anywhere, talent comes from everywhere, you sell globally, so when we went public we thought: ‘Well, where is the best way to go?’

“I looked at the Australian stock exchange and our current market cap is well north of US$10 billion and so that would make us the largest technology company on the ASX.

“We would be so far out of line with what investors are used to, whereas in the US we are a top 20 company. So it is just that the investor base is more educated in technology in the US.”

It is a bit short-sighted, this idea that someone that is coming to Australia is taking someone else’s job, like it is some zero-sum game. I think immigration is a really important discussion to have

Farquhar is an active supporter of the Australian start-up community and provides mentoring and support to young entrepreneurs.

But Atlassian’s own fundraising history took a slightly unusual path, he said.

“We started our company in 2001 and two 21 year olds from university with no business experience, building a better mousetrap in software … we were just not going to get any funding,” he said.

“Luckily, we found another way and we bootstrapped the business.”

As the business grew, Farquhar and Cannon-Brookes decided they wanted to build a lasting business that would exist far beyond their own involvement.

To do this, they realised they needed to become a public company.

The first step on the journey to become a public company was to attract external investors and in 2010 Atlassian raised US$60 million from Accel Partners, even though it didn’t really need the money.

Four years later, T. Rowe Price participated in a pre-public capital raising and invested around US$150 million in a deal that valued the company at US$3.3 billion.

Atlassian listed in 2015, but was already acting like a public company in the period leading up to it.

“We tried to prepare for it, so we ran internal earnings calls on a quarterly basis and mock investor calls for about a year before we went public,” Farquhar said.

The Australian VCs have a more captive market, especially for the early-stage funds. I think you get above market returns as a result of that

Yet, he believes that for the next generation of Australian companies, venture capital firms have an important role to play in providing support and funding. And although many industries face increasing global competition, the Australian venture capital industry still has an edge over global players, he said.

“Australian venture capital has an element of competitive advantage here versus global [firms],” he said.

“If you are raising a couple of million dollars as a start-up, yes, you could go to the US, but you have no networks, you have nothing.

“The Australian VCs have a more captive market, especially for the early-stage funds. I think you get above market returns as a result of that.”

The venture capital roundtable, Vision for Australian Tech and Venture Capital, was held on 2 March 2018 in Sydney. It was organised by Square Peg Capital, Blackbird Ventures and AirTree Venture Capital.

Too Many Investment Advisers Don’t Get Portfolio Construction The Biggest Risk in Investing is Trying to Avoid It: Grantham