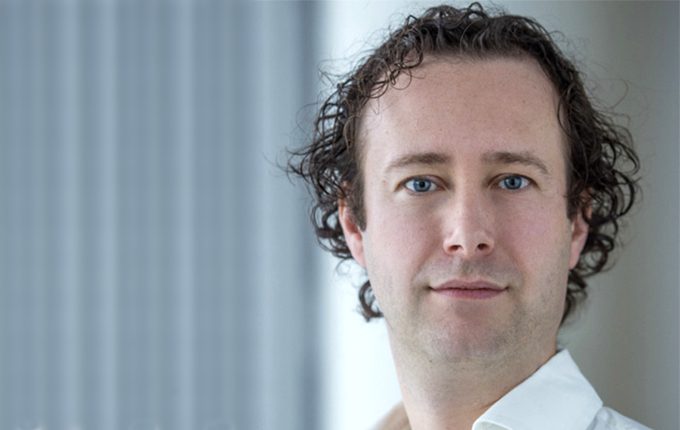 Crisis risk offset sleeves have drawn increasingly more attention from institutional investors, but what do these portfolios actually contain?

With bond yields at historic low levels and interest rates rising many institutional investors are questioning whether the negative correlation between equities and bonds – the very foundation of the widely used ‘balance portfolio’ in the pension industry – might change going forward.

And if you agree that the correlation will become less stable or even shift to a positive one, where do you go for diversification?

Increasingly more pension funds in the US answer this question with the development of a risk mitigation sleeve in their portfolio, consisting of sovereign bonds to take the first blow and complemented by a range of dynamic alternative strategies to deal with a more prolonged crisis.

The concept has been around for a while, but has been given a new lease on life by US consultant The Pension Consulting Alliance.

This consultant coined the term ‘crisis risk offset’ for this model and a number of its clients are now embracing it, including CalSTRS and the State of Hawaii Employees’ Retirement System.

The Hawaii pension fund hired Man Group for implementation, risk management and rebalancing of the strategy.

Otto van Hemert, Head of Macro Research at Man AHL, has done extensive research in partnership with researchers at both Man AHL and broadly across Man Group into what types of strategies might actually work in a crisis.

We believe those strategies that take long positions in high-quality and short positions in low-quality companies may be the most promising as crisis hedges, since they can potentially benefit from flights to quality when panic hits markets

“I believe holding put options on the S&P 500 provides a good hedge against a downturn, but holding these put options continuously is prohibitively expensive,” Van Hemert says.

“With nominal bonds…, yes you do know what you get, but if inflation suddenly rises then you could lose money in real terms.”

Other strategies, such as going long gold and short credit risk, sit in between puts and bonds in terms of both cost and potential reliability of returns, he says. But there are two dynamic strategies that stand out in terms of performance potential and cost.

Banking on a Flight to Quality

“We believe those strategies that take long positions in high-quality and short positions in low-quality companies may be the most promising as crisis hedges, since they can potentially benefit from flights to quality when panic hits markets,” Van Hemert says.

Although there are many definitions of quality, in general these companies are profitable, growing, have safer balance sheets, and run investor-friendly policies in areas such as payout ratios.

Not only do investors benefit from the flight to quality in times of crisis, but also studies have shown that towards the end of equity bull markets quality stocks have often looked underpriced, leaving further scope for price appreciation.

But investors have been paying more attention to the role trend-following or managed futures strategies can play in diversifying away from equity risk.

In June this year, Van Hemert and a number of his colleagues at Man Group published a report, titled ‘The Best Strategies for the Worst Crises’.

It showed how managed futures performed well in some of the worst equity market environments between 1985 and 2016, including seven equity crises, referred to as ‘crisis alpha’.

The reason why this seems to work is because trend followers add to winning positions and reduce losing positions, much like a dynamic replication of an option straddle strategy.

Managed future funds typically invest in derivatives across a wide range of markets, including equities, commodities and currencies.

He also points out that although performance is strongest during crises, the strategy also tends to work during less volatile periods.

The benefit of trend-following strategies did not go unnoticed in the global financial crisis of 2008, when the Standard & Poor’s 500 index fell almost 37 per cent that year, while the average hedge fund lost nearly 20 per cent.

But managed-futures funds in aggregate, as measured by the Barclays Btop50 index, returned 14 per cent.

Many institutional investors are now looking at implementing strategies that replicate these funds at a low cost.

But this approach has sounded alarm bells with those investors who went through Black Monday and the role portfolio insurance played in the crash that saw the Dow Jones Industrial average fell more than 20 per cent on that October day in 1987.

The cause, it is thought, was portfolio insurance, where institutions who bought the product engaged in an agreement to sell short S&P 500 futures if the stock market fell by a certain amount.

But if too many investors employ this technique then it could result in a negative feedback loop, where the selling causes a further drop in the market, triggering a new round of selling.

Winton Capital founder David Harding, a managed futures trader himself, warns that the adoption of naive, rules-based strategies will result in similar systemic risks to the financial system if taken up by large numbers of funds.

“When an institution allocates to a momentum strategy in the hope of cushioning itself from stock market downdraughts it is really commissioning someone to sell stocks on its behalf into a falling market; no different to the failed portfolio insurance strategy that was implicated in the 1987 crash,” Harding wrote in a blog post in October last year.

“If the odd institution wishes to protect itself in this way there is no contradiction, but if they all do, the risk of destabilising short-term market behaviour will again be high,” he wrote.

Van Hemert acknowledges that managed future strategies are susceptible to what he refers to as a gap event, a sudden drop in stock prices.

When you look at equity drawdowns, historically most of them were not sudden. The burst of the technology bubble took two years and even the global financial crisis took place over a longer period

“If markets go down suddenly in a gap event, these strategies have historically not worked well. Historically they have performed best when markets move consistently down,” he says.

“So this may be the Achilles heel for such a strategy: in case of a sudden gap event you may not be well positioned,” he says. “Black Monday was a gap event.”

“But when you look at equity drawdowns, historically most of them were not sudden. The burst of the technology bubble took two years and even the global financial crisis took place over a longer period.

“But you don’t know what the next crisis looks like. It may well be a gap event.”

Van Hemert is less concerned about the risk stemming from a potential industry wide adoption as seen with portfolio insurance.

He points out that the overall CTA market at US$ 300 billion is relatively small in size compared to the overall global market.

He also points out that most institutional investors tend to trade against the momentum characteristic and find themselves on the other side of the trade in most of their strategies.

So how much do you need to put into these sleeves to make them work? CalSTRS has allocated 9 per cent of the portfolio to a risk mitigation strategy, while the State of Hawaii fund is moving to 20 per cent of the total portfolio.

The answer to this depends on the risk appetite of the investor, but initial analysis in the June report shows that an allocation of 10 per cent to a portfolio that combines a managed future strategy with a long/short quality approach improved the performance of the overall portfolio during a crisis by almost 8 per cent, from a drawdown of 43.5 per cent to a drawdown of 35.8 per cent during a crisis scenario.