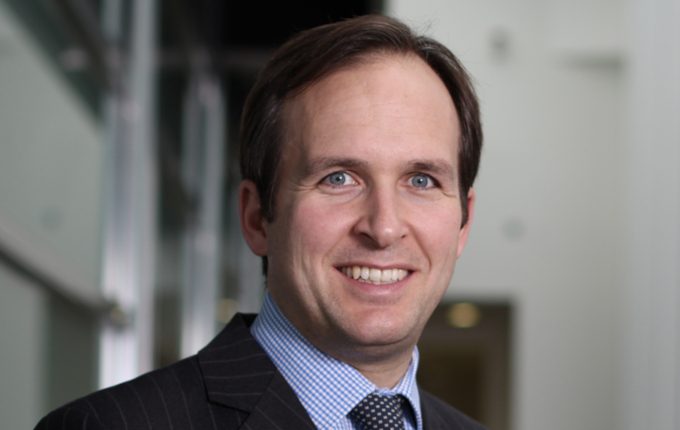 Technological development will be a key ingredient in the energy transition to renewable sources, but it is not all about cutting edge innovations. Much of the transition will come from efficiencies and broader applications of existing technologies, Janus Henderson Investors’ Chamberlayne says.

There is no doubt that the energy transition will require huge investments as we migrate our fossil fuel-based economy towards one that is centred around renewable sources of energy.

The International Renewable Energy Agency estimates that to put the world on track with the objectives of the Paris Agreement, cumulative investment in renewable energy needs to reach USD 27 trillion in the 2016 – 2050 period.

But in the discussions around future investment in the energy transition, sometimes too much emphasis is placed on the development of new and as of yet unproven technologies, such as carbon capture.

This creates the danger of ignoring just how much technological advancement has already taken place. It is more likely that a substantial part of future transition efforts lies in achieving greater levels of efficiency and broader application of existing technologies rather than looking for the next environmental grail.

“I remember 10 years ago saying: ‘In about 10 years’ time, wind and solar are going to be the cheapest forms of energy on an unsubsidised basis’. It has basically been 10 years and it has happened! I’m quite excited about it,” Hamish Chamberlayne, Head of Global Sustainable Equities at Janus Henderson Investors, says in an interview with [i3] Insights.

I remember 10 years ago saying: ‘In about 10 years’ time, wind and solar are going to be the cheapest forms of energy on an unsubsidised basis’. It has basically been 10 years and it has happened! I'm quite excited about it

“A project that I’ve been recently looking at in Australia is Sun Cable in Darwin. Sun Cable is the world’s largest solar project. It’s 20 gigawatts of solar and it’s going to have 42 gigawatts of battery storage.

“This is a solar project that is almost the same size as the Three Gorges Dam in China, which is 22 gigawatts.

“And this company is laying an undersea cable to supply electricity to Singapore and this is going to supply 15 per cent of Singapore’s total electricity needs.

“The amazing thing here is that the total cost of this is around US$30 billion. When you compare that to a nuclear power station, for example, Hinkley Point in the United Kingdom is a three gigawatt nuclear project, so essentially a seventh the size of this solar farm and it costs the same if not more [as the Sun Cable project].

“It just highlights that onshore wind and solar are now genuinely the cheapest forms of electricity in the world. I mean it’s not even close anymore; it’s a slam dunk,” he says.

Nuclear power has often been mentioned as a key component of the energy transition, but Chamberlayne is sceptical about the role this can play in a truly sustainable future.

He acknowledges that battery storage, which makes solar and wind energy much more practical, is still not cheap, but he says a next wave of investment in batteries is on the rise and this will see further improvements and efficiency gains.

“Even when you do offshore wind and solar with storage it’s still cheaper than nuclear. Nuclear, in our eyes, is a red herring,” he says.

Electrification in itself will result in significant efficiency gains. Fossil fuels are an enormously inefficient source of energy compared to electricity, Chamberlayne argues.

“One of the key things is that an enormous amount of energy is just wasted when we use fossil fuels. So the actual useful energy that you get out of a barrel of oil can be as low as 15 to 20 per cent when you’re using it in a car or in transportation.

“The best combustion engines are only about 40 per cent efficient, and so you’re losing 60 to 80 per cent of the energy just in the process of combustion.

“Electric vehicles and renewable energy are much more efficient in terms of translating the energy generated into useful energy. Electric cars use around a third of the energy of a combustion engine vehicle,” he says.

Technology will continue to play a key role in gaining greater efficiencies and facilitating the transition away from fossil fuels, and Chamberlayne has a hefty overweight to technology companies in his portfolio, clocking in at over 30 per cent of the portfolio, compared to around 20 per cent for the relevant benchmark.

But it is not all about cutting edge technologies, such as artificial intelligence and machine learning. Much of the key technologies are a bit more pedestrian and companies in this space could be viewed as the new industrials.

“We do have a lot of enabling investments in our strategy,” Chamberlayne says. “We look at semiconductors and we’ve got some quite significant positions in ‘lagging edge’ semiconductors.

“So these lagging edges are the opposite of the cutting edge stuff. When you’re looking at companies like TSMC and Nvidia, you think about artificial intelligence and high performance computing, the cutting edge of computing where you need these incredibly powerful, efficient chips.

“But actually a lot of what we’re talking about is putting a semiconductor chip into something like a solar farm.

When you're looking at companies like TSMC and Nvidia, you think about artificial intelligence and high performance computing, the cutting edge of computing where you need these incredibly powerful, efficient chips. But actually a lot of what we're talking about is putting a semiconductor chip into something

“If you think about a solar farm then you’ve got your modules that can rotate to maximise the sun exposure, and you’ve got to have systems that monitor the current or when one panel is underperforming versus another.

“You don’t need the most advanced chips to do that. You can use pretty cheap chips,” he says.

Chamberlayne owns Texas Instruments in his portfolio, which plays into this theme.

The cheap price of semiconductors has created a whole new range of applications in everyday items, a development given new impetus by the Internet of Things.

But today’s tendency to build chips into everything, from towel racks and dishwashers to thermostats and doorbells, is not simply a fanciful attempt at feature overkill. It has some real potential for further energy efficiencies, Chamberlayne says.

“When you really boil it down it’s really about being able to turn stuff off,” he says.

“In very affluent parts of the world, we’ve grown accustomed to using a lot of energy. A lot of people have become accustomed to heating their home so that in the winter they can wear t-shirts inside.”

But as people have become more aware of their carbon footprint and are now looking for ways to reduce energy, the ability to schedule on and off times is gaining popularity.

“Now with your phone you can basically control the heating in your home. You can say: ‘Right, I’m going to turn it off’, and then when you come back you turn it back on again, or you can program it all,” he says.

However, as we use more and more technology in our everyday lives, critics have argued that this will lead to unsustainable levels of electricity usage. Cryptocurrencies are a much-loved target for illustrating unsustainable energy usage, as Bitcoin miners require much power and run 24/7.

Chamberlayne doesn’t buy the argument that technological development will lead the world to unsustainable levels of energy demand.

There are some alarmist articles out there based on some fuzzy maths, where you get these statistics saying: ‘Bitcoin mining is going to contribute to two degrees of global warming by itself’, and all that. But the actual energy consumption of data centres globally is not that significant against everything else. It is less than one per cent of the total global energy demand

He takes data centres as an example. Data centres are a key part of the big data revolution and you would think that all this hardware to enable cloud computing comes at the expense of a jump in energy usage.

Yet, the numbers show a different trend.

“There are some alarmist articles out there based on some fuzzy maths, where you get these statistics saying: ‘Bitcoin mining is going to contribute to two degrees of global warming by itself’, and all that.

“But the actual energy consumption of data centres globally is not that significant against everything else. It is less than one per cent of the total global energy demand,” he says.

“So if you’re looking at it from a macro level, then it’s not the most critical thing to solve,” Chamberlayne says.

Besides, the technology sector is already putting a lot of effort into decarbonisation, he says.

“A lot of the renewable investment over the last decade has been direct investment by technology companies, who have committed to science-based targets. We monitor the companies in our portfolio around their decarbonisation efforts and the tech companies are among the leading companies.

“Autodesk is one of our investments that’s already at net zero. Microsoft has got a target to be carbon negative by 2030 and by 2050 to have removed more carbon from the atmosphere than it has ever generated in its entire company life. And if you look at data centres, a lot of them are being built with renewable energy attached to them.

“There’s also massive efficiency gains being made in data centres. We own Nvidia and more than half of Nvidia’s business is associated with data centres. Their new GPU chips are 25 times more efficient than their old ones, so with their new chip you can collapse 25 server racks to one.

“So we don’t see the technology sector as being at the root of the problem because the sector is setting science-based targets and they’re using renewable energy,” he says.

This article is sponsored by Janus Henderson Investors. As such, the sponsor may suggest topics for consideration, but the Investment Innovation Institute [i3] will have final control over the content.