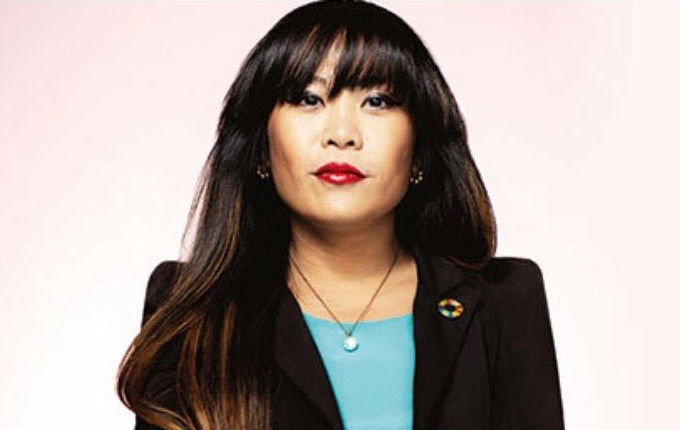 Kat Dunn, CEO of Aviatrix, will speak at the FEAL Annual Conference 2022 in Melbourne

When the third generation of the internet becomes commonplace, the structure of companies will increasingly be decentralised and this will facilitate better cooperation and improved decision making, FEAL Conference keynote speaker Kat Dunn argues.

The problem with being poor is that often it is a vicious cycle.

With no means to save and no belongings of any real value, the poorest people around the world have no access to capital to help them improve their situation.

No bank is willing to lend to someone without any tangible collateral.

But looking at this problem in the 1970s, economics professor Muhammad Yunus, believed there was one source of collateral that had been untapped: social collateral.

If you make people not individually but as a collective responsible for the repayment of a loan, then perhaps the social pressure on each member of the group would be enough to ensure timely repayments.

It was an idea that ultimately led to the creation of the field of microfinance and earned Yunus the Nobel Peace Prize in 2006.

Yunus established Grameen Bank (Grameen is Bengali for rural) in 1983, which became one of the largest microfinance institutions in the world with billions of dollars in loans outstanding.

The rise of blockchain technology has now given rise to a new application of Yunus’ philosophy and its reliance on relationships as a form of collateral: the decentralised autonomous organisation (DAO).

Unlike a traditional corporation, a DAO is a legal structure with no central governing body. Every member within the entity shares a common goal and attempts to act in the best interest of the group, often assisted by rules enshrined in smart contracts.

Kat Dunn, the former Chief Executive Officer of Grameen Australia and a former senior executive at Perpetual, says that the decentralised model also has the potential to facilitate better cooperation and more efficient decision making processes.

“Decentralised finance (DeFi) and blockchain-based protocols are often seen as a technological or financial innovation, but actually what it facilitates is a relationship revolution quite similarly to Grameen,” Dunn says in an interview with [i3] Insights.

Decentralised finance (DeFi) and blockchain-based protocols are often seen as a technological or financial innovation, but actually what it facilitates is a relationship revolution quite similarly to Grameen [Bank]

“Blockchain-based technologies and Web 3 have given rise to decentralised autonomous organisations. In a typical organisation, decisions are made based on hierarchical authority, but in a DAO that has token-based incentives, decisions are based on a shared group purpose.

“More employees and entrepreneurs are looking for different ways to organise themselves than through the traditional means. How can partnerships be much more flexible and how can we have workforces and cross-functional project teams that have coherence, that share incentives, but can make decisions autonomously without having to go through three or four different bosses?

“This is why I think it relates very much to Grameen’s model, which is incentive based and trust oriented. It is a different way of looking at your relationships and how you’re forced to elevate yourself such that you can make good group decisions,” Dunn says.

Where the blockchain comes in is where you're able to design certain rules and protocols in smart contracts that enable a level of consistency of decision making. Decisions can be automated and the reason the blockchain is useful for this rather than just any other kind of digital protocol is that it is transparent

Dunn is set to speak at the FEAL National Conference 2022, which will be held on 4 August in Melbourne, where she will address the topic of ‘compassionate capitalism’. Decentralised structures have a greater potential to address inequality and even planetary damage as it focuses on people in addition to profit, she says.

Dunn advises clients on Web 3 and decentralised finance through her company Aviatrix Advisory and she thinks that these technologies will become the plumbing of the corporate system in the years to come.

“I think blockchain and distributed ledger technology will become as ubiquitous as Web 2, in the same way that no one really questions the use of the internet for video conferencing or digital banking anymore,” she says.

“Where the blockchain comes in is where you’re able to design certain rules and protocols in smart contracts that enable a level of consistency of decision making,” she says.

“Decisions can be automated and the reason the blockchain is useful for this rather than just any other kind of digital protocol is that it is transparent. You’re able to see the code and the rules written in a particular way and others are able to interrogate that

“For example, you’re able to put your employment contracts on the blockchain and really access great data about your employees and the terms of their employment. I think Web 3 is going to be the underlying infrastructure of all internet-based institutions,” Dunn says.

The FEAL Annual Conference 2022 will be held on 4 August at the Park Hyatt in Melbourne. For more information please see here.