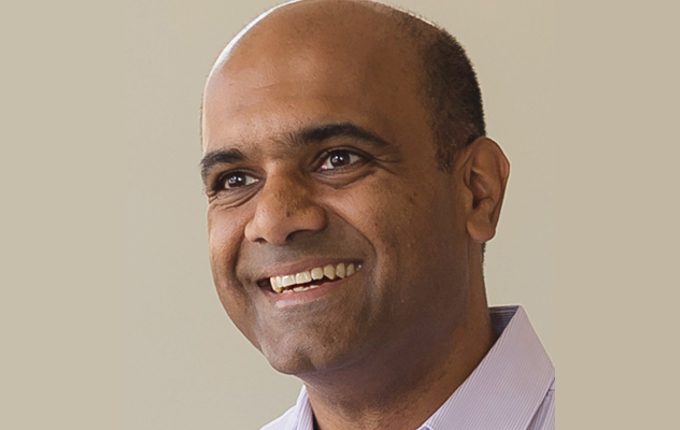 Systematic investing today is not about hording big data, but about finding signals in lots of tiny data and you need humans to give it context, Two Sigma CEO says.

But Nobel Gulati, Chief Executive Officer of Two Sigma Advisers, which incorporates Two Sigma’s asset management division, says that Big Data is not the right term to use for these datasets.

“We talk about Big Data, but Big Data is a misnomer. It is actually a notion of little data, tiny data with an enormous amount of noise,” Gulati said at the Australian annual forum of the Alternative Investment Management Association (AIMA) in Sydney on 12 September.

This distinction is important because it takes away the notion that systematic managers, such as Two Sigma, simply let computers analyse vast amounts of data and trade without the intervention of people.

“It is not that you can unleash a vast amount of computer power to a vast amount of data through an algorithm. That would actually be quite dangerous,” he said. “The human context matters: it is about channelling the intuition, the context and the understanding of the markets into more scalable actions. That is where technology comes in,” he said.

Although Two Sigma is a technology company first and an investment firm second, Gulati argued that the investment process itself is not unlike that of other managers and asset allocators.

“The investment process, no matter what you invest in, is essentially very similar and comes down to three phases, broadly speaking,” he said. “You are forecasting the return and risk of securities or assets and then you are building what you consider to be the optimal portfolio: balancing your objectives, constraints and risk that the portfolio will be exposed to. And finally you are trying to implement that as efficiently as you can. For us, those three phases exist [too].

“What has changed fundamentally in all of these [phases] is the abundance of data and the fact that each unit of information is just not worth that much for a small period of time,” he said.

Gulati compared today’s process with the work a fund manager would have carried out a few decades ago, when supply lines, corporate structures and stock markets were relatively simple.

“If you were a fundamental analyst and you were analysing General Motors, for example, life was actually pretty simple,” Gulati said.

“GM was a vertically integrated company; it was not that global. You could actually watch the factory and see raw materials going in one side and cars coming out on the other end. It was sort of easy to get your arms around what that company did.

“And when you visited management and you came back, you had weeks to build a model and glean an insight which had enough signal in it for a long period of time that you could actually make a useful decision.

“If you look at the world today, GM probably has thousands of different suppliers, who are interconnected globally. It is impossible to analyse one company without understanding the whole ecosystem.

“The sheer amount of information that is available for everything is just moving so fast,” he said.

If you fast-forward over time and believe that more of the data will get commoditised, then having the right differentiated engineering capability will become important

Gulati believes that this explosion of data is only going to accelerate, especially with the wider adoption of the Internet of Things. This means more emphasis will be placed on the structuring of datasets and the engineering of the data integration.

“When you think about data there are three aspects to it: there is the sourcing of unique datasets, in particular the unstructured data sets. Buying something from a vendor is fine, everybody can do that, but most of that data is unstructured. About 90 per cent of the world’s data is unstructured. It is not neatly presented to you to be consumed.

“The engineering to integrate that data is enormous, because data comes in all shapes and sizes, for example, the velocity of data matters.

“If you fast-forward over time and believe that more of the data will get commoditised, then having the right differentiated engineering capability will become important. The balance of power will shift to the interpretation ability,” he said.

The human brain is the real black box; you don’t really know what goes on in there

Despite the increasing use of technology by all asset managers, systematic managers such as Two Sigma are often accused of running black box strategies, where it is hard to see what is going on.

But Gulati argues that fund managers which rely heavily on a star manager is far more risky. “The human brain is the real black box; you don’t really know what goes on in there. But everything we do is documented and audited.”

Yet, he admitted that Two Sigma wasn’t always as transparent as it is now. Although the firm currently has US$ 55 billion in funds under management, it didn’t get there in a straight line, he said.

“But we were not transparent, our fees were high and we were so focused on alpha that we sort of ignored our investors. So the kind of investors we attracted in the early days of the company were return chasers.

“We paid the price for that in having many investors disappear on us and that was when we scratched our heads and asked: ‘How do we get real institutional investors?’

“So we changed everything except for the alpha factory to become more of an institutional manager,” he said.

Gulati argued that Two Sigma wasn’t alone in ignoring the end beneficiary of investment strategies and he hoped that the increasing use of technology would help in redirecting the focus back on asset owners’ needs.

“If you think about the asset management industry overall, we’ve done a pretty lousy job of putting the client at the centre. This industry has been designed by asset managers for asset managers, legitimised by consultants. We’ve created hundreds of categories and thousands of products, that frankly have no reason for being and don’t ask what the allocator wants.

“I hope that technology will be the leveler of the playing field,” he said.

The AIMA Australia Annual Forum 2018 was held at the Westin Hotel in Sydney on 12 September 2018. To download AIMA’s full newsletter of the event, please click here.

TCorp Overhaul Permeates Foundations My Lessons Learned from the GFC