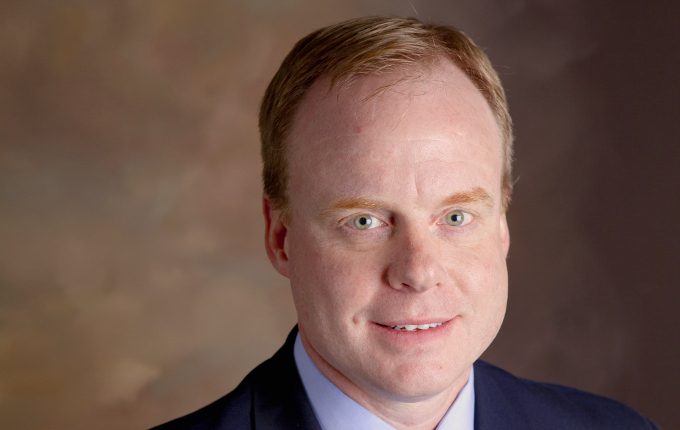 David Eiswert, a Portfolio Manager with T. Rowe Price, is known for his passion for technology and his insights into the impact big technology companies, including Amazon and Google, will have on the future.

At the annual [i3] Investment Strategy Forum in Torquay, Victoria, last year, Eiswert sparked a light-bulb moment for delegates when he demonstrated why Tesla cars are so easy to maintain and repair.

He showed the image of a stripped down Tesla Model S and said: “Look, engine at the front, engine at the back, battery on the bottom: it is an iPhone on wheels.”

In one sentence he conveyed the importance of having fewer parts in cars.

But what is less often talked about is the subtle ways the dominance of the big global technology companies, including Amazon, Apple, Facebook, Google and Netflix, changes the way active managers operate.

My conundrum is that everybody knows these are great companies, everybody owns them and they are not that expensive

“My conundrum is that everybody knows these are great companies, everybody owns them and they are not that expensive,” he says in an exclusive interview with [i3] Insights.

Because these global technology companies are so dominant, it is hard not to own them, but this also makes it more difficult to show you are taking active bets, he says.

“What I have found in the last three to five years is that it is much harder to be contrarian. You go into a business that is struggling but that you think can turn itself around, and then as time passes you discover that it is even more disrupted by these global five platforms,” he says.

“It is everyone’s nightmare: to wake up in the morning and hear that Amazon is going into, let’s say, active investment management. Whatever the value of your company was, it is now lower than the day before.”

The willingness of these companies to sustain years of low profits, and even losses, to gain scale has completely changed the way competition works in the global marketplace, he says.

“Mobile computing technology has shrunken the world down and has created an environment for these global platform companies to dominate,” he says.

“Take Netflix: you pay $10 a month but every month Netflix gets better. So Netflix is scooping up subscribers and at some stage they will have 300 million subscribers paying $10 a month and they will be able to afford $20 billion in content.

“Disney didn’t understand what Netflix understood about being a global platform with natural monopolistic characteristics. So I’m very interested as an investor: can Disney cross from the wrong side [of change] to the right side?

“Now, I absolutely think Disney will make it, but Disney is the old monopoly and has to go from a legacy of a tremendously profitable business and enter the world of Amazon and Netflix, where these guys make no money to gain scale. So Disney will have to go from 35 per cent operating margins to what? I don’t know.

It is much harder [to be contrarian] because these global platform companies have natural monopolistic characteristics and it is hard to argue with something that is a monopoly.

“So it is much harder [to be contrarian] because these global platform companies have natural monopolistic characteristics and it is hard to argue with something that is a monopoly.”

He uses the term ‘natural monopolistic characteristics’ on purpose because these global platform companies differ in one important way from the monopolies seen in times of the robber-baron era of late 19th century America, when large industrialists used their market share to manipulate markets and charge prices far above what today would be considered reasonable profit margins.

“Google and Facebook don’t even charge you; they are free. How do you regulate something like that?” he says.

“Arguably Facebook is a media company and some people say that ultimately they will be regulated like a media company. Will that change the natural monopolistic characteristics of Facebook? Not at all.

It would be incredibly hard for a new social platform company to entice large numbers of people to break their existing social connections and leave Facebook, he argues.

Google is another example of a company that does not force its customers to use its products, but many do because it is simply better than anything else out there, he says.

“People use Google because it has the best search result. People have tried to build different search engines and Google hasn’t priced them out of the market. It is free; you can use theirs or you can use mine,” he says.

“But Google has the best results and so everyone uses Google. And if everyone goes to Google, then advertisers buy ads from Google. No one is forcing anyone to do anything; they are not trying to keep anyone out. It is a natural monopoly.

“So in our investment strategy we often talk about being on the right side of change and I think that hoping for encyclopedias to come back is not a great strategy.”

Eiswert and his team still look for an edge in picking stocks they believe are overlooked or underappreciated, and he can talk passionately about companies such as Tapestry or ASML, but he admits , especially as more money flows into passive vehicles.

“What passive is trying to do is automate factor and beta drivers and so as active managers our role is much more concentrated. It is about alpha. We have to demonstrate that we can deliver alpha,” he says.

“For example, we love the theme of automation in manufacturing and industrial and so does everyone else. So there are these massive ETFs (exchange-traded funds) with names like ‘The Robotic ETF’ and people pour money into those.

“We look at these ETFs and look what’s in it and we know the names that we want to buy and we almost hope that we go through a period of economic volatility when people just sell all those stocks.

“People then say: ‘I don’t know what is in this ETF, I don’t know the companies and I don’t know where their headquarters are, but it is going down and now I’m selling.’ Then everyone is selling and it goes down even more and you get this mass liquidation and we kind of sit there and go: ‘Thank you very much, we will take that one and that one, but we don’t want these four.’

“But at the same time I have to deal with these 48-hour panics where everyone is saying: ‘Why do you own tech? Everybody owns tech and it has gone up so much, you should be contrarian.’

“And I think: ‘What do you want me to do? Sell Amazon and buy DHL when I know that the train is coming?’”