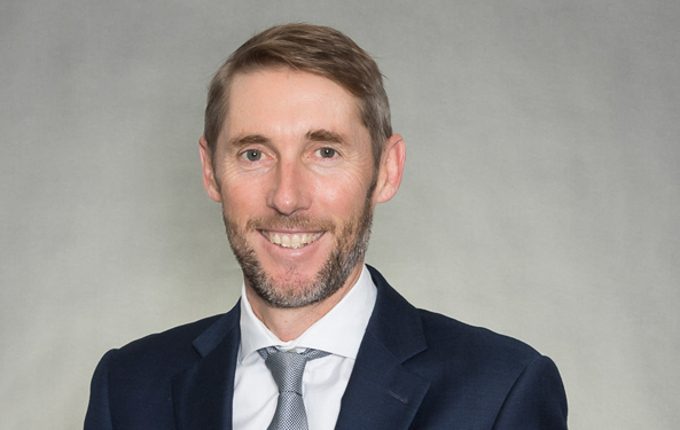 On 1 August, First State Super finalised the integration of State Plus, creating a $82 billion superannuation behemoth and it is expected to break the $100 billion barrier within the next few years.

But unlike most other large pension funds in Australia, the post-acquisition entity will have a significant portion of its assets tied to pension accounts, $24 billion to be precise, thanks to the client base of State Plus.

This makes it uniquely placed to address a very tricky phase in the life of an employee: the transition to retirement.

“The acquisition of State Plus by First State gives the organisation great opportunity to invest across the super spectrum with scale,” First State Super Chief Investment Officer Damian Graham says in an interview with [i3] Insights.

Previously CIO of State Plus, Graham was appointed as CIO of First State Super in December 2016, but had been acting in the role since August that year. He will now head up the combined investment team of 70.

Seated in one of several meeting rooms at the fund’s headquarters, Graham speaks in a deliberate, yet passionate fashion about the strategic plans, much of which are driven by the scale now achieved in both stages of the superannuant’s life.

To illustrate his point, Graham requests to use my notebook and draws the following diagram: 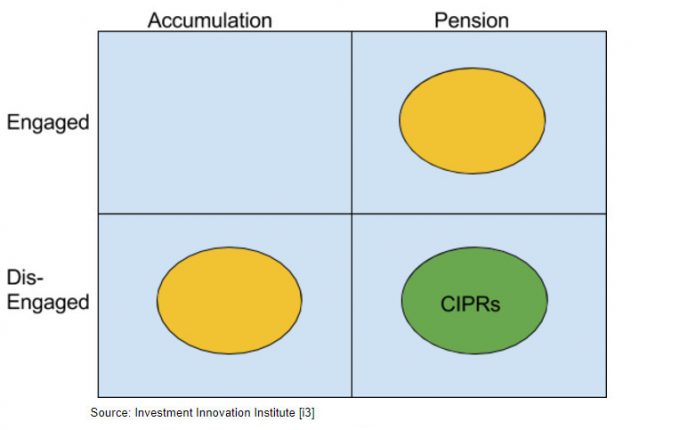 “Most pension funds live in the disengaged/accumulation space,” Graham says. “But State Plus has lived in the pension/engaged space of which the majority, 90 per cent plus, are advised clients.

“First State Super, like most super funds, has a much lower engagement with its accumulation members, partly because they are default members through their employers.

“What we’ve been looking at is to really understand the investment opportunity now that we have scale across each of these areas (pointing at the yellow ellipses).

“We are looking to build up an ability to invest across the spectrum and really manage people across the continuum as they move towards and into retirement. Thinking about the investment function in totality, under one umbrella, enables us to move people into retirement in a more seamless fashion,” he says.

Like some of its peers, First State Super has been exploring how it can leverage its scale by bringing selected areas of asset management in-house.

For the past few years, it has focussed on smart beta strategies, but Graham indicates that the fund will expand its insourcing program and is currently developing internal capabilities for investing directly into Australian equities.

There are a number of reasons to do this and they are not all about cost, he says.

“Yes, we want to maximise scale benefits, but we also want to be as close to the market as we can, because one of the things that we’ve found is that as a super fund you can be a long way away from the price discovery point,” he says.

“Currently, we are not trading the market; we deal through a set of intermediaries. And because we are at an arm’s length, we haven’t been able to understand prices as well as we would like.

“Investing is about getting the right information at the right time to the right people to make high-quality decisions.

“If we are always a long way away from a market and deal with opaque investments, multiple counterparties, then it is really hard to have as much confidence as you might have otherwise and get the right investment outcomes,” he says.

The internal direct equity portfolio will look very different from its existing Australian equities allocations, Graham says. To make best use of the advantages of being a long-term investor, this portfolio will resemble more of a buy-and-hold strategy.

“It is not a three per cent tracking error, higher turnover portfolio; it is more likely going to be a midcap-style strategy and it will be reasonably concentrated,” he says.

“We are not as worried about the next quarter of earnings; we want to be able to step into companies for the long term and potentially buy bigger stakes in companies as well.”

Developing the direct equities capability is led by Rob Credaro, Head of Growth Assets at First State Super, and his team.

“Rob looks now after five pillars: we still have a large amount of passively managed money, he has a private equity piece, a manager-of-managers strategy with concentrated managers, systematic in-house and direct equity in-house as well.

“He is looking across those five pillars and looks how he can maximise the probability of success,” Graham says.

“We’ve got an approved allocation at the investment committee and we’ll look to effect small positions to ensure we’ve got the process right. As we validate, we will upweight the allocation,” he says.

Historically, First State Super has had a large part of its assets in passive mandates, but the addition of direct investment capabilities will mean a greater percentage of the fund’s assets will be actively managed over time.

“I think the growth of the strategies will probably come from cash flow rather than from reallocations. We are expecting our $80 billion to be $100 billion plus in three or four years’ and that cash flow enables us to upsize our systematic and direct equity strategies.”

“So the proportion in passive might drop a bit, but the dollar value probably won’t,” he says.

First State Super has been developing its factor investment capabilities with the help of external managers for a number of years. It has indicated in the past that the program was started with the view that it would take the management of it internally once its processes had been established.

Graham says the focus is currently on maturing the pieces before going live.

“As part of our factor analysis we are building up a data mart and we’ve got a number of quantitatively focused people who are doing that,” he says.

“Ross Barry has taken over running that and is ably supported by portfolio manager Eben van Wyk. Ross still has an impact investment function, but he has also taken up the role of Head of Systematic Investments.

“He is looking at it from a top down view and asks: ‘How can we develop a platform that can have multiple strategies in multiple regions?’ Obviously, we are looking in Australia first, but there is the opportunity to take that internationally as well.”

“We have the models developed and now we are testing whether we’ve got the plumbing right. As we validate that, we will move to a purposeful, multi-factor strategy and we upsize that where appropriate.

“Both of those strategies, direct and systematic equities, will be Australian focused initially and we think that we can take the systematic strategy internationally.

“The direct piece we will see how that plays out. What we do want to do is leverage our position where on the direct side we can be a longer term owner,” he says.

Finally, Graham expects that scale will also enable the fund to create more meaningful relationships with its external managers, cooperating on research projects and investment opportunities.

“The next piece is embedded partnerships, where we are looking to evolve our relationship with managers and investment banks,” he says.

“We will create fewer and larger relationships and look to adjust the value chain as and when we can. It might be economic, it might be informational, it might be opportunities, all of those can lead to better outcomes for members.”

What about insourcing risk?

Insourcing is a big decision and key to its success is to get the governance framework right. Because when you insource asset management functions, a fund not only gets greater control over the investment process, but also takes on greater responsibilities.

Graham acknowledges that insourcing will come with its own unique set of risks and First State Super has chosen to appoint an external party to measure progress, rather than assess performance internally.

It has also established a clear process to deal with issues as and when they arise.

“We need to have real clarity around what to do when it is not working well and we’ve got that. Those discussions have been had before the fact, not down the path,” he says.

But Graham also notes that it is not all about risk; internalising also provides some governance advantages.

“We think it is going to offer some benefits around agency risk. We want to understand the incentive motive as much as possible. Where in the value chain is risk most concentrated?”

It also provides greater opportunity for engagement with the board and management of companies that the fund is invested in and nudge corporations towards outcomes that are aligned with its member base.

“We know we need to meet the fiduciary duties of the funds, we need to generate the right risk return, we have objectives and we need to meet those, but subject to that, we want to be able to find investable assets that support the communities we live in and that our members live in.

“These are broad areas of engagement; it is not just ESG (environmental, social and corporate governance) specific. We want to think about the corporations we want to invest in and engage with them to drive the right outcomes,” he says.

Curing the Gaussian Brain Quants Part I: Are Quants the Chiropractors of Finance?