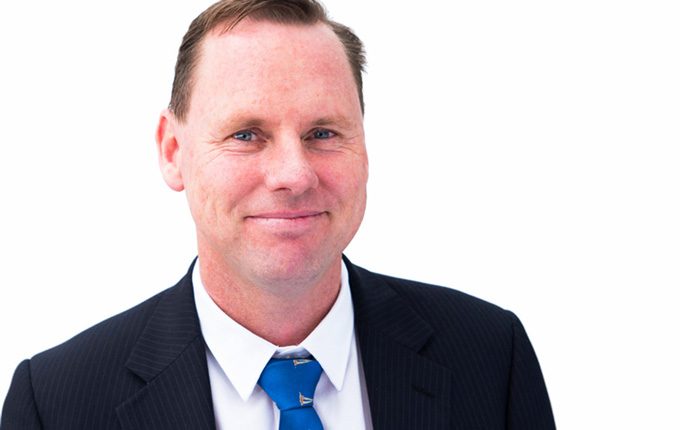 Looking at a map of the Pacific Island region can give one the impression of observing an unknown constellation.

Initially, one can only see dots on a map, like stars in the sky.

But this zoomed-out perspective immediately lays bare one of the region’s key economic challenges: it has relatively few people spread out over a vast area.

In fact, there are about 9 million people inhabiting a space of 34 million square kilometres.

The island nation of Kirabati is a prime example of this. Its 100,000 inhabitants are spread out over 33 coral atolls covering an area that is larger than India. Yet, its land mass is smaller than New Delhi as most of the area is ocean.

Economic activity in these island nations can fluctuate, making it difficult for local governments to balance their budgets consistently.

Therefore, many island nations have set up sovereign wealth funds to deal with the fluctuations in government revenues.

But often that is only one of the fund’s purposes and the demands on its savings can be fickle if its aim is not explicitly stated, Aaron Drew, Associate with the New Zealand Institute of Economic Research (NZIER) says.

“A lot of the Pacific Island sovereign wealth funds have multiple purposes, that is because the islands have small populations and a lot of human resources constraints,” Drew says in an interview with [i3] Insights.

“It doesn’t necessarily make sense for them to set up a different fund for each different purpose, but this makes it a little harder to assess which purpose is met,” he says.

The risk is that if a fund’s capital is used to finance multiple initiatives without giving priority to one over another it can cause unsustainably large drawdowns and the depletion of a fund.

Clarity around the purpose of a fund is also important, because it can influence not only the way funds are drawn down, but also the asset allocation of the portfolio, Drew says.

“If you have a pure macro-stabilisation fund, then practice tells you that it should have a portfolio of very liquid, low risk assets, probably investing in high grade offshore government bonds, so that when you get a big shock, you’ve got that pool of money that you can draw down to stabilise your position,” he says.

“In contrast, if you have a fund with an intergenerational wealth purpose and you try to build a pool of assets, then you typically want to take a higher level of risk than when you have a stabilisation fund.

“When you’ve got a fund that serves multiple purposes, you have to be clear between a fund’s board, the government and the other stakeholders where you want to place weight on those different objectives and be clear around the circumstances where one might trump another,” he says.

NZIER has developed a framework to assess the sustainability of a sovereign wealth fund, partly based on the Santiago Principles, practices developed by US-based organisation the Centre for Fiduciary Excellence and the Australian Prudential Regulation Authority’s guidelines for outsourcing.

“What makes our assessment a little bit different from the typical assessments of a fund is that it is not a detailed study of investment performance or asset allocation. It is an assessment that looks at how a fund is governed, organised and how investments are monitored and reviewed,” he says.

Recently, it has reviewed the Tuvalu Trust Fund, a $190 million fund that was predominantly set up for macro-stabilisation.

“The Tuvalu Trust Fund has been established for quite a while, it was set up in 1987 by donor nations (including Australia, New Zealand and the United Kingdom), TV licenses and, more recently, fishing revenues, which can be considered a natural resource,” he says.

“That fund has multiple economic purposes and it has been broadly successful over time. It has helped Tuvalu establish a dependable revenue source.

Drew says Tuvalu provides a good example of how multiple purposes affect a fund’s strategy. One of the key objectives of the fund was to maintain the real (consumer price index adjusted) value of its portfolio.

“During the GFC, the portfolio fell below the real value of the fund as an effect of the environment and in addition the government had stresses on its budget position given the declines in revenues from other sources.

“At the end of the day, the government decided to accept that those pressures were there and didn’t want to draw down the capital from the fund.

“Effectively, they had no distributions from that fund for a few years. They took the position that the intergenerational wealth transfer was more important than the macro-stabilisation purpose,” he says.

Yet, the government of Kiribati made a different decision for its Kiribati Revenue Equalisation Reserve Fund. This $790 million fund is one of the world’s oldest sovereign wealth funds, being established in 1956. It was set up with the proceeds of phosphate mining and serves to both stabilise the government’s revenues and as a source for intergenerational wealth.

“If you look at Kiribati, they took a different view and allowed the fund to be drawn down more strongly,” Drew said.

“Ultimately, it is a judgment that has to be made among the stakeholders of a fund of what is the best benefit for a nation at any point in time,” he says.

As Tuvalu’s pool of assets has grown, there is room to finetune the purposes of the fund and this has led to the establishment of vehicles with more specific aims.

“They have set up one for macro-stabilisation and another one for the development of the outer islands and now they are in the process of establishing a survival fund for natural disaster and climate change risks,” Drew says.

“That is a good model of what could be done over time as these funds grow, thrive and have successful management,” he says.

The review recommended that the Tuvalu Trust Fund enshrined the purpose for the fund more clearly, which would help it execute its mission.

For example, it asked whether the current process of establishing a Survival Trust Fund meant that the overall fund has more scope to take on an intergenerational purpose.

“One of the aspect of Pacific trust funds is that they tend to have multiple purposes. But in terms of how they operate over time, there can be different preferences of the stakeholders towards how those purposes are served.

“One thing our research is trying to do is flesh out clarity what those purposes are and what are the stress points when those competing objectives are coming in,” he says.

Fixed Income Sees Most APAC Inflows Tilting to do Good